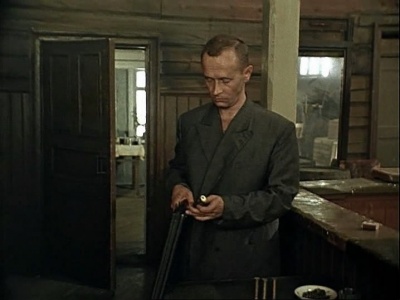 Viktor Ivanovich Kosykh (born Viktor Nikolaevich Volkov, January 27, 1950 - December 22, 2011) was a Sovier and Russian actor, best known for his teenager roles. He started his cinema career in 1964, aged 13, as the main character in comedy movie Welcome, or No Trespassing. Later Viktor Kosykh obtained high popularity among Soviet teenagers for the role of Dan'ka in The Elusive Avengers (Neulovimye mstiteli) and its sequels.