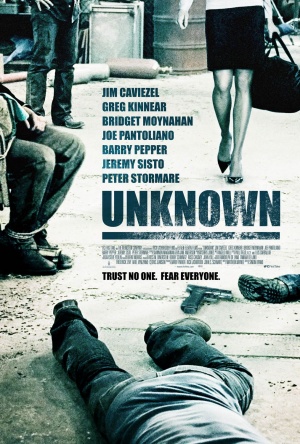 The following weapons were used in the film Unknown (2006):

A Glock 17 pistol is retrieved in the warehouse. It is later used during the final shootout.

The Glock 17 during one of the flashbacks.

Broken Nose (Greg Kinnear) about to fire the Glock 17.

The men while trying to retrieve the Glock 17.

One of the kidnappers carries an Uzi submachine gun.

One of the kidnappers brandishing the Uzi.

The kidnappers, including The Bearded Man (Mark Boone Junior), carry a Mossberg 500AT with Blackhawk top folding wire stock and pistol grip.

Mossberg 500AT Shotgun with pistol grip and heavy choke - 12 gauge

A Mossberg 590 shotgun can be briefly seen in Anderson and Curtis' car.

A Mossberg 590 shotgun can be briefly seen in Anderson and Curtis' car.

A Ruger KP90 is carried by one of the police officers and one of the kidnappers. 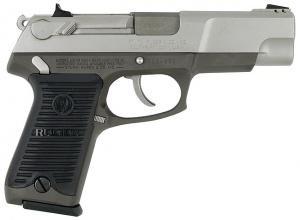