Trap (original title Zapadnya) is a 1966 Soviet war drama directed by Leonid Martynyuk and based by the story of Vasil Bykov. During the attack Lt. Ivan Klimchenko is wounded and captured by Germans. Now the only choice for him is between death and dishonour.

The following weapons were used in the film Trap (Zapadnya): 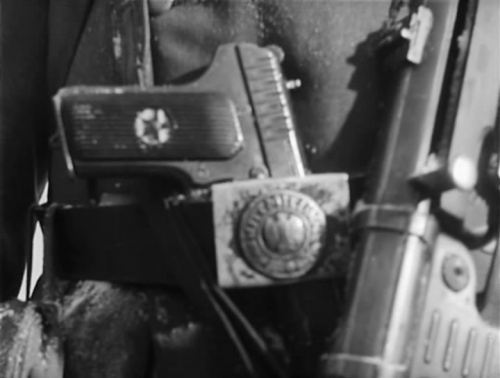 A TT, taken from Klimchenko, is seen tucked at the belt of a German soldier.

Schwarz (Igor Komarov) is seen with a Luger P08. 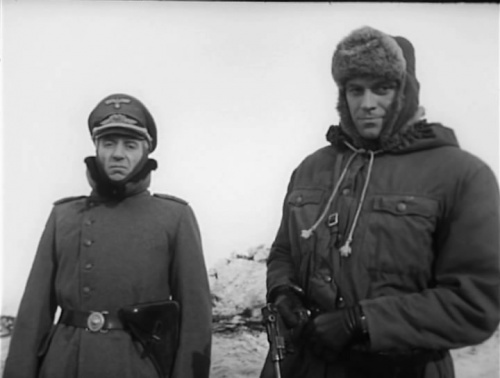 Most Soviet soldiers are armed with PPSh-41 SMGs. 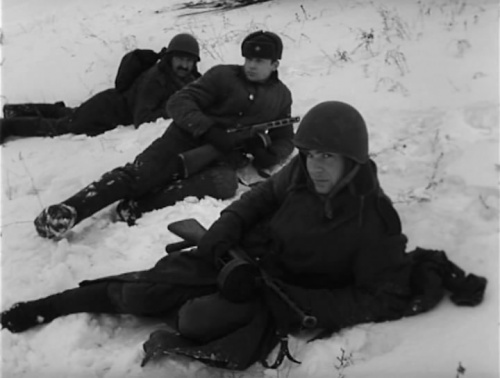 Soldiers with PPSh-41s wait for the order to attack. 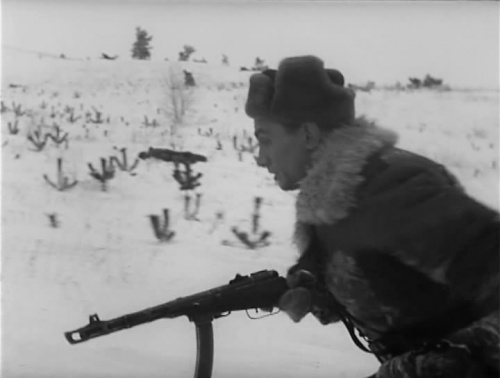 Lt. Klimchenko (Yuriy Kuzmenkov) leads his platoon in attack, armed with a PPSh with stick magazine. 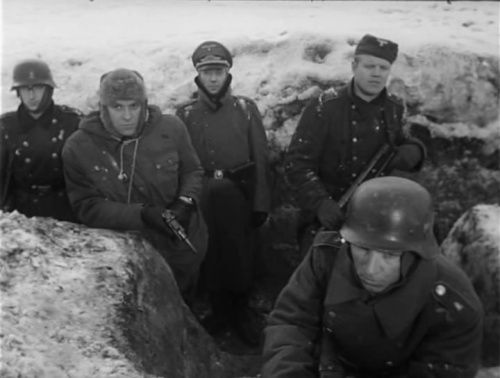 A soldier next to an officer holds an MP40. 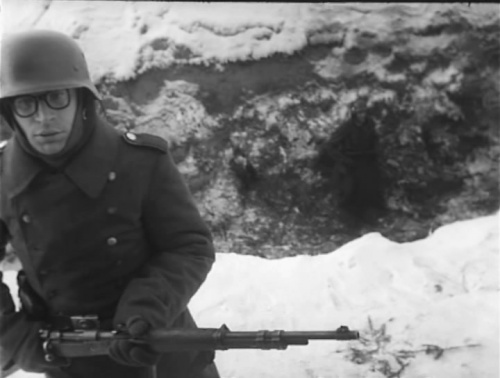 DP-27 machine guns are seen during the attack of the Soviet infantry in the opening scene. 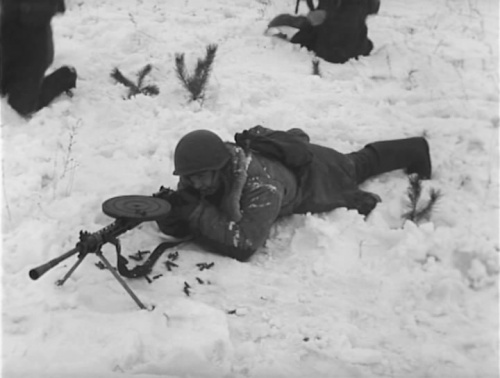 A gunner fires his DP.

An MG34 is seen in German trench. 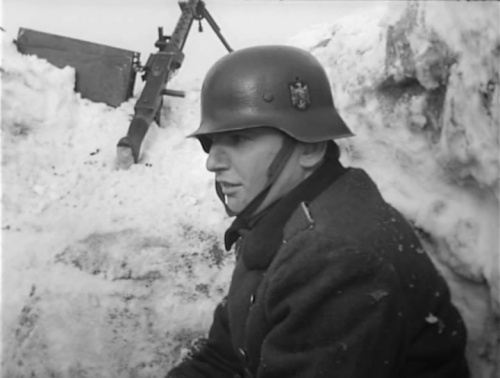 An MG34 on position.

During the attack Soviet soldiers use RGD-33 hand grenades. 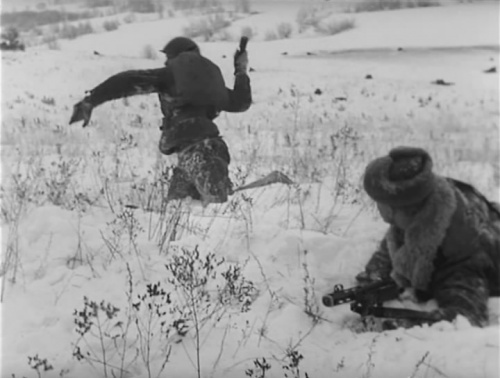 A soldier throws a grenade.
Retrieved from "https://www.imfdb.org/index.php?title=Trap_(Zapadnya)&oldid=1063671"
Categories: