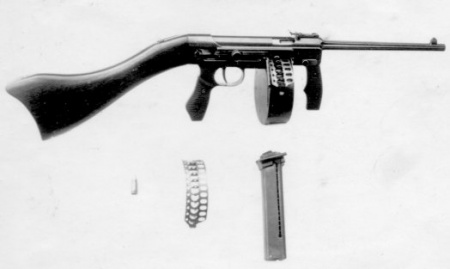 The Experimental Submachine Gun (試製自動短銃, Shisei-jidō tanjū) was an early Japanese experimental submachine gun made by the Tokyo Arsenal. Its name is also attributed as Tokyo Arsenal Model 1927, though no corresponding Japanese name appears to exist; it is likely this was coined by an English firearm historian to describe the weapon, which was made in 1927 (Year 2 of Shōwa era). The weapon was rejected by the IJA due to its unreliability. Information on the weapon is limited, even in Japanese sources.

The Tokyo Arsenal Experimental Submachine Gun and variants can be seen in the following films, television series, video games, and anime used by the following actors: