To Go and Not Return (Poyti i ne vernutsya) is a 1992 Belarusian-Russian war drama based on the same title story by Vasil Bykov and directed by Nikolai Knyazev. In Winter 1942 in Nazi-occupied Belorussia two young partisans, Zosya (Yuliya Vysotskaya) and Anton (Igor Shut'), are sent to a reconnaissance mission. Anton falls in love to Zosya but his desire to survive in any way leads to betrayal of his love.

The film is the second screen adaptation of the original story, preceded by a Soviet 1987 film and followed by 2004 Belarusian film (all under the same title) and 2008 Russian film Doomed to War (Obrechyonnye na voynu).

The following weapons were used in the film To Go and Not Return (Poyti i ne vernutsya):

Anton (Igor Shut') carries a Nagant M1895 revolver. When he is arrested by partisans as a suspicious person, the Sergeant (Sergey Khripach) takes the Nagant. 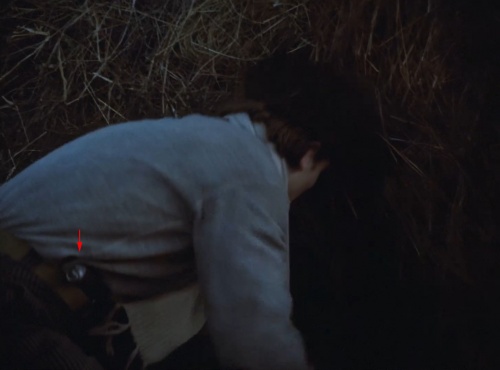 Anton carries a Nagant tucked into his belt. 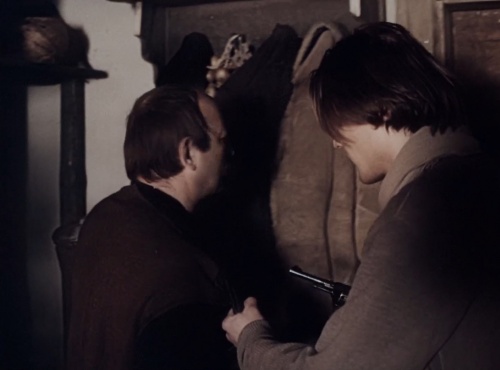 Anton threatens farmer Stephan, demanding to give up the horse. 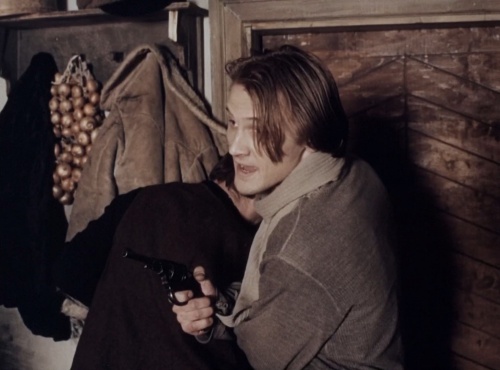 The Sergeant (Sergey Khripach) is armed with an MP40. 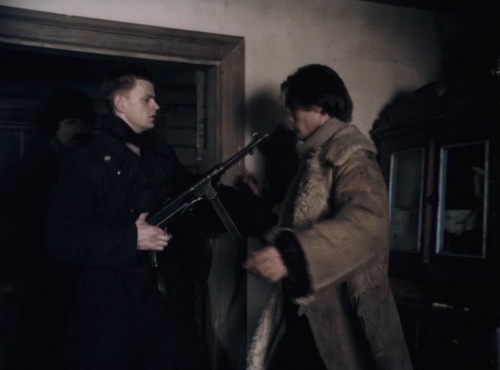 The Sergeant aims his MP40 at Anton. 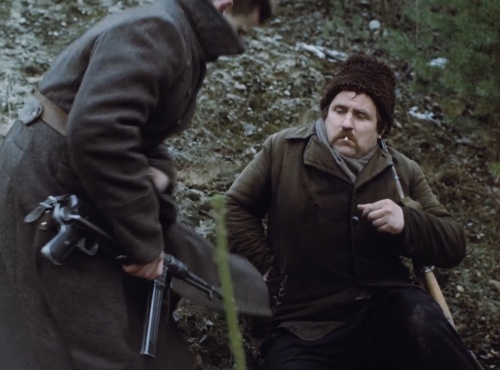 The Sergeant holds the MP40. 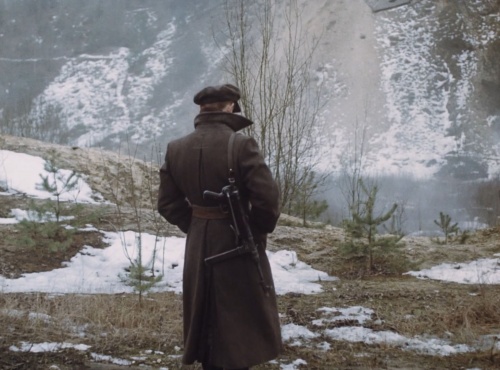 The Sergeant carries the MP40 on sling. 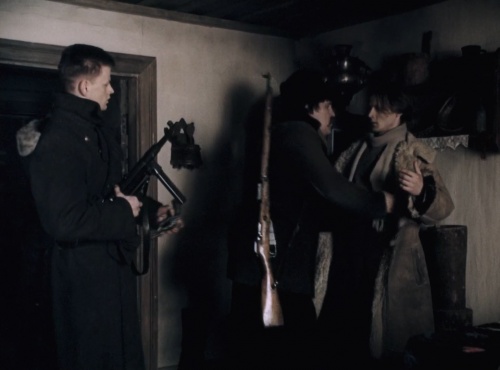 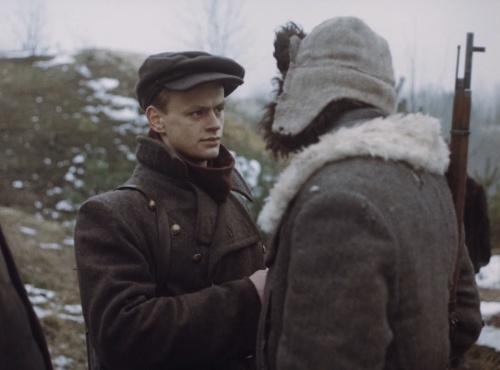 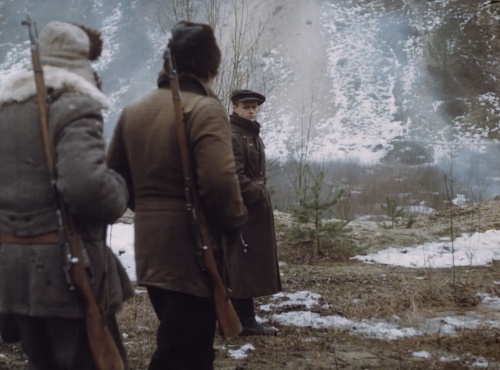 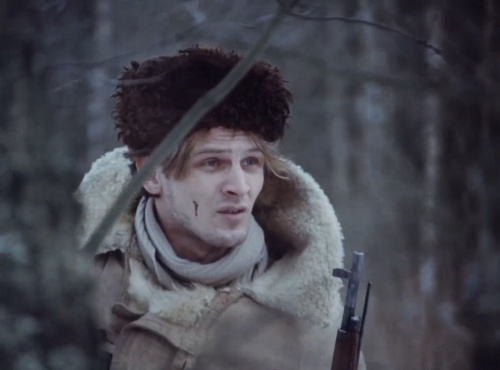 Anton picks up a rifle. 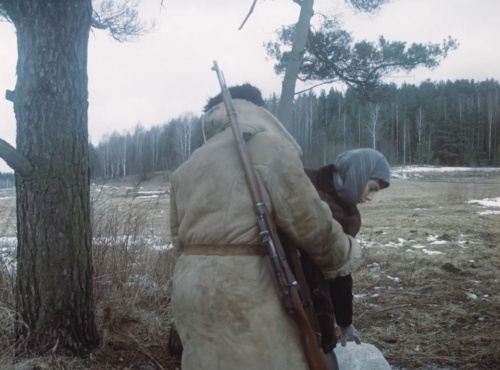 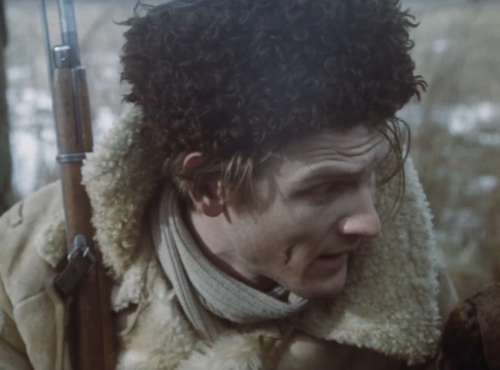 Anton with the rifle. 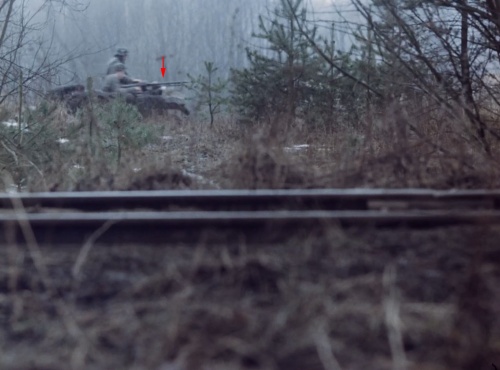 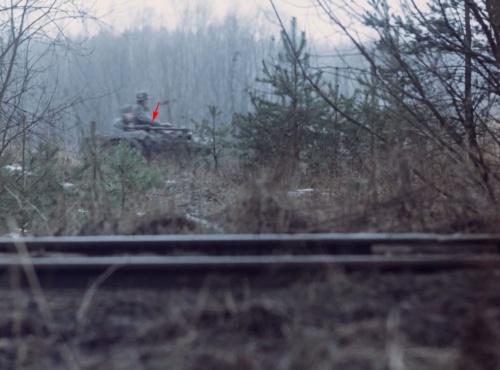 MG34 machine guns are mounted on two motorcycles that are seen on the road.
Retrieved from "https://www.imfdb.org/index.php?title=To_Go_and_Not_Return_(Poyti_i_ne_vernutsya)_(1992)&oldid=1439852"
Categories: