From Internet Movie Firearms Database - Guns in Movies, TV and Video Games
(Redirected from The Witch (Vidma))
Jump to navigation Jump to search

The Witch (Ukrainian: Відьма; Vidma, Russian: Ведьма; Vedma (also known as Konotopska Vidma, "The Witch of Konotop", in order to distinguish the movie from many other films of the same name) is a 1990 Soviet Ukrainian language fantasy-mystery-erotic comedy, based on the novel Konotopska vidma (The Witch of Konotop) by Hryhory Kvitka-Osnovyanenko.

The following weapons were used in the film The Witch (Vidma):

Sotnik Zabryokha (Bohdan Benyuk) and nearly all Cossacks carry Sawn-Off IZh-18s mocked-up as percussion cap pistols on their belts. The ID can be provided by the crude grip and distinctive spur on the trigger guard.

Izhmekh IZh-17 single barreled Sawed Off shotgun - 16 gauge. The IZh-18 is the same, aside from not having an exposed hammer. 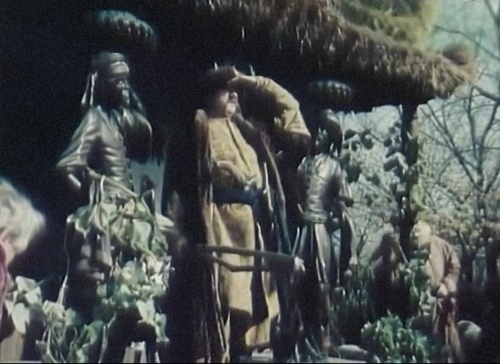 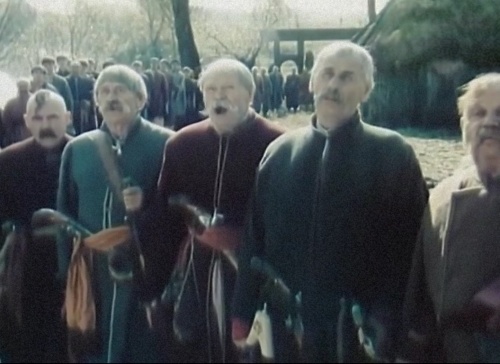 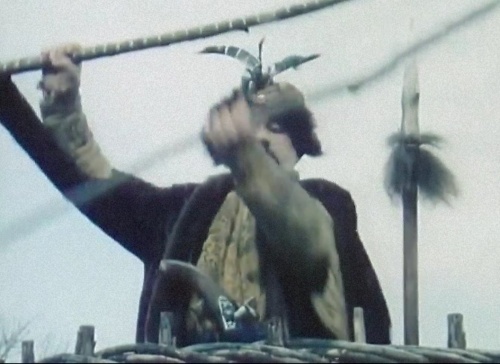 Sotnik Zabryokha with the IZh-18. The quality of screenshot is medium, but the distinctive spur on the trigger guard is seen. 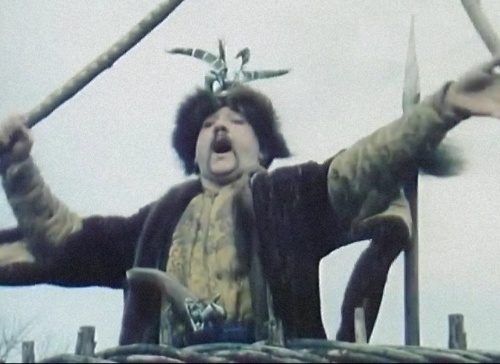 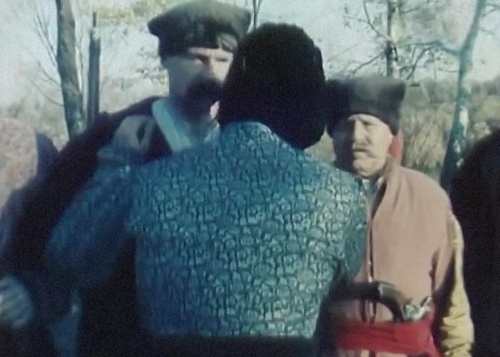 Cossacks with the IZh-18s on their belts.

Several Cossacks can be seen armed with a Percussion Shotgun. Due to the very large caliber, they may be genuine percussion cap hunting guns known in old Russia as "shompolka" (a slang term from the Russian word shompol, which means ramrod). Such guns were produced in the late 19th to early 20th centuries and used until the mid 20th century, especially in Siberia. 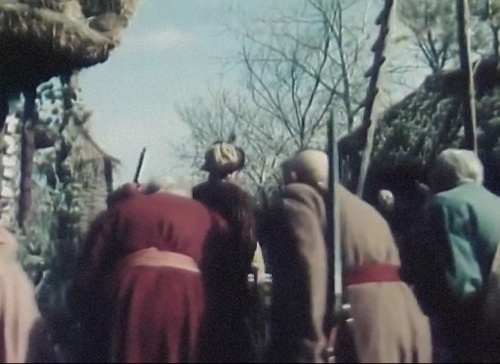 Cossacks with the shotguns on their shoulders. 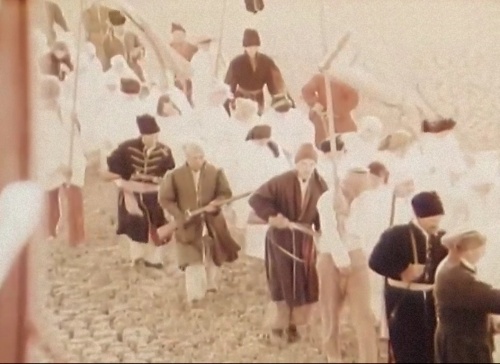 Cossacks carry their shotguns. Note the typical percussion guns hammer on the shotgun at the center. 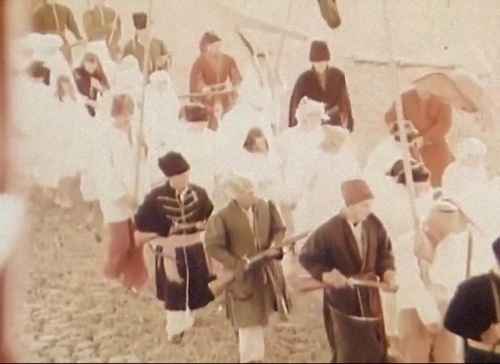 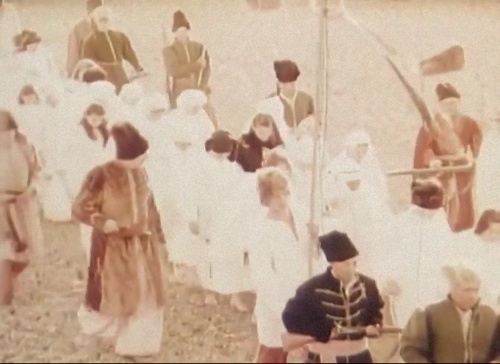 Good view of another percussion shotgun. 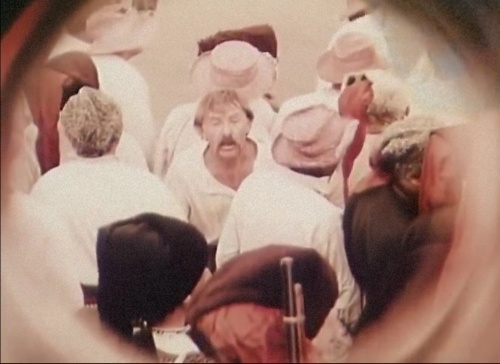