From Internet Movie Firearms Database - Guns in Movies, TV and Video Games
(Redirected from The Spessart Inn)
Jump to navigation Jump to search

The Spessart Inn (original title Das Wirtshaus im Spessart) is a 1958 West German musical comedy directed by Kurt Hoffmann. This is a first part of the Hoffman's trilogy. The second is The Haunted Castle (1960) and the third is Glorious Times in the Spessart Inn (1967).

The following weapons were used in the film The Spessart Inn:

Varios characters uses Flintlock Pistols throughout the movie. One of them, brigand (Ralf Wolter) hasn't own name. 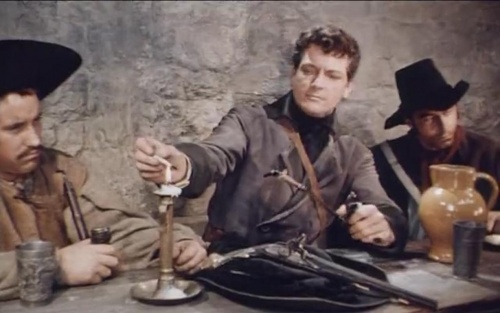 Brigand chief (Carlos Thompson) puts his pistol on the table. 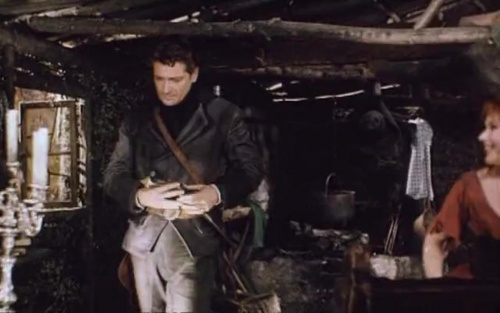 Brigand chief (Carlos Thompson) draws his pistol from his belt. 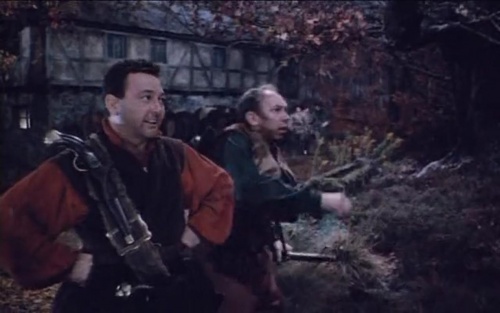 Brigand Knoll (Wolfgang Neuss) (at the left) with the pistol. 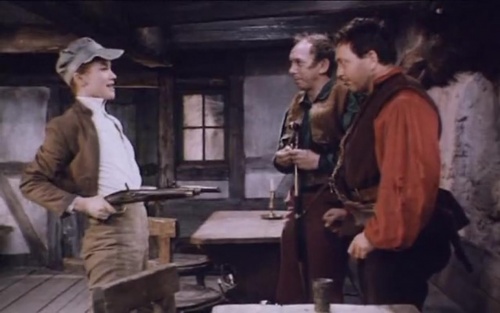 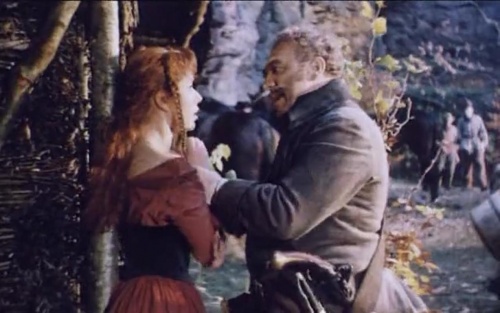 Brigand Corporal (Paul Esser) with the pistol on his belt. 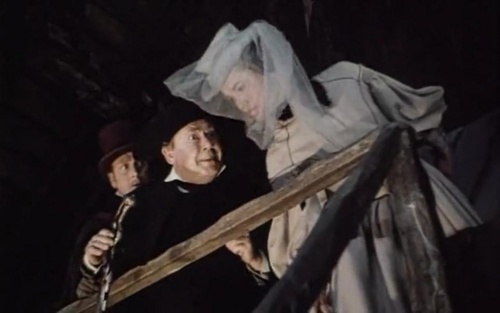 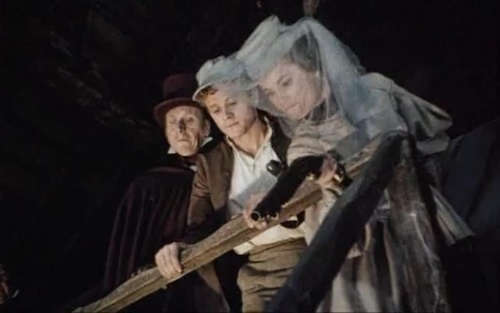 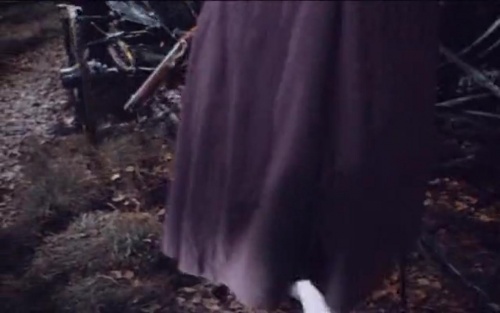 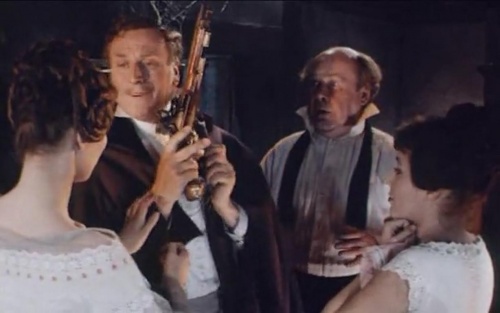 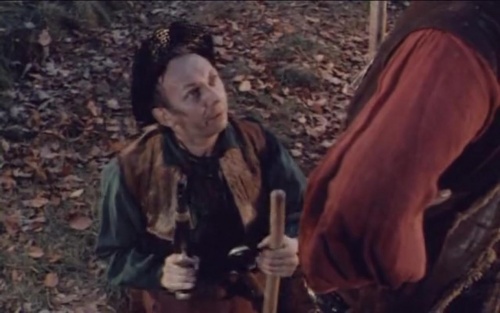 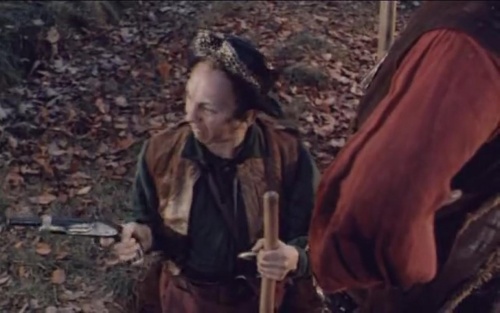 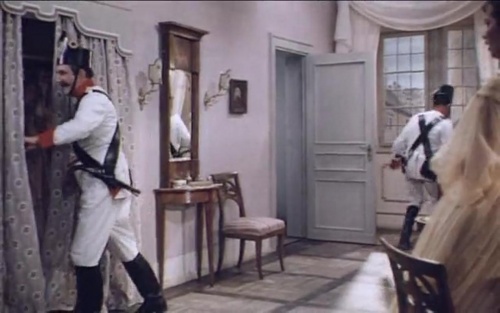 Colonel von Teckel (Hubert von Meyerinck) with a pistol on his belt. 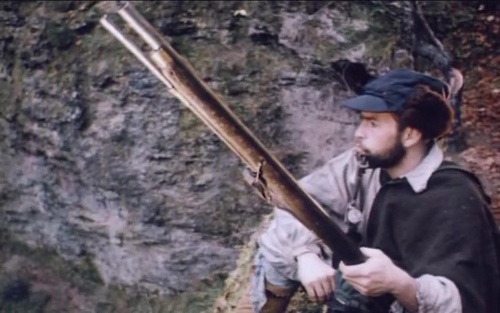