From Internet Movie Firearms Database - Guns in Movies, TV and Video Games
(Redirected from The Shadow)
Jump to navigation Jump to search 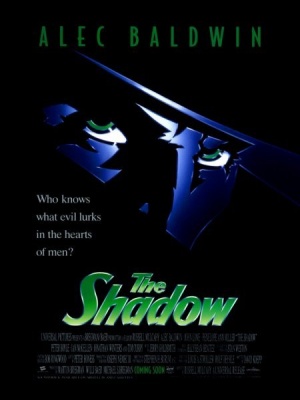 The Shadow is the 1994 feature film adaptation of the 1930's radio and pulp novel hero. Alec Baldwin stars as Lamont Cranston, who with his ability to cloud men's minds, fights the criminal syndicate in the city as "The Shadow".

The following weapons were used in the film The Shadow:

The pistols used by the Shadow (Alec Baldwin) were highly customized .45 Win Mag LAR Grizzly Pistols. The pistols, named Silver Heat, were custom built by L.A.R. Manufacturing Inc., who built four pistols for the film, backdating their Grizzly to look like an over-sized M1911 by extending the slide and frame. 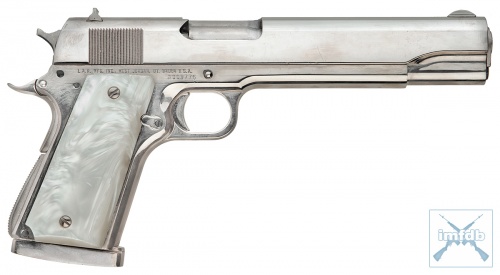 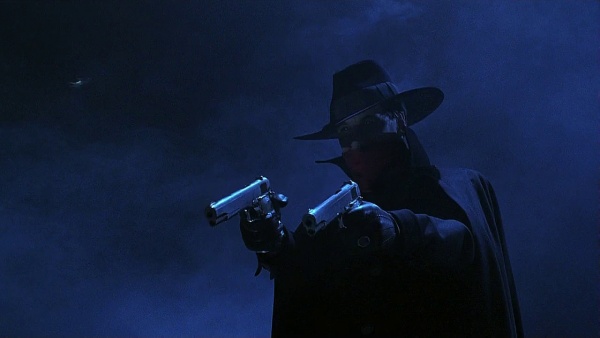 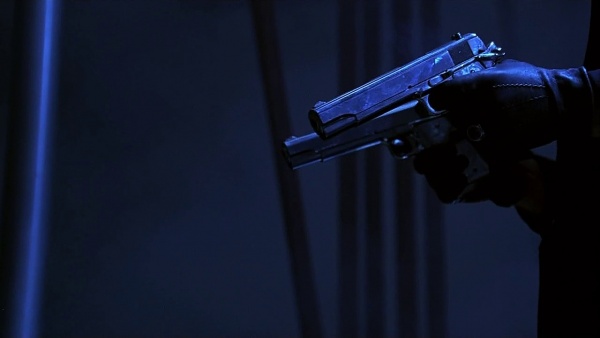 Closeup of the pistols. 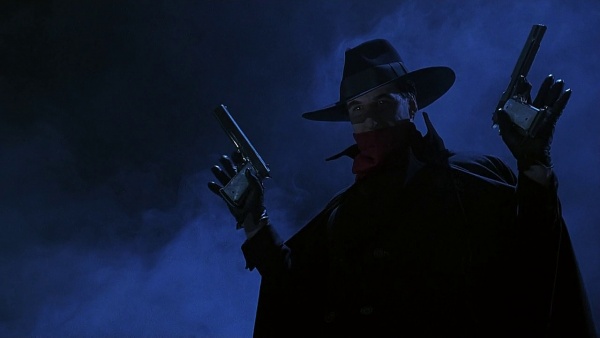 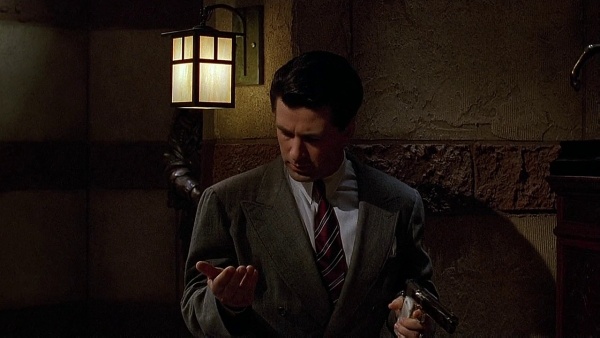 The Smith & Wesson Model 10 Snub is used by the gangster Duke and by Farley Claymore (Tim Curry). 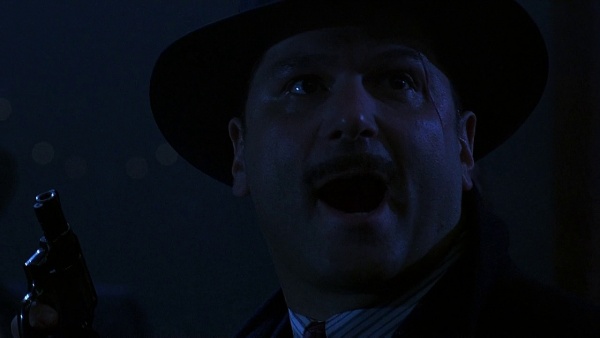 The Smith & Wesson Model 10 Snub is held by the gangster Duke (John Kapelos). 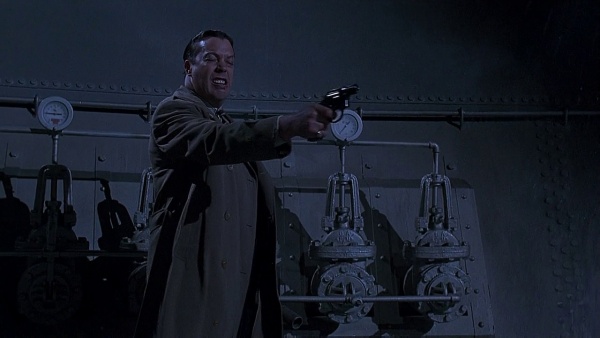 A few of Duke's cronies carry the M1911A1 when confronted by the Shadow on the bridge. 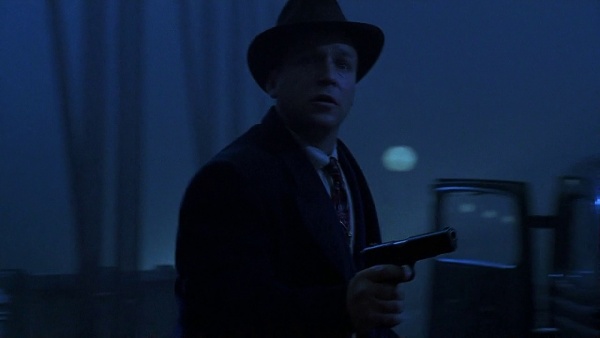 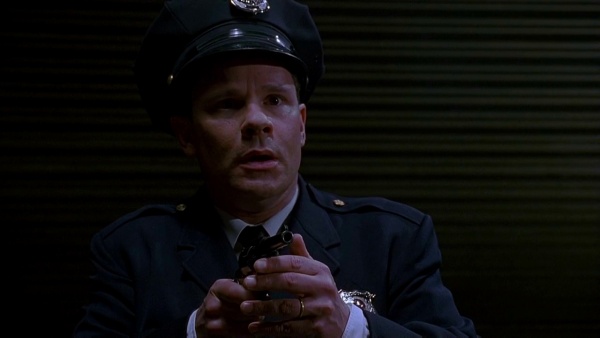 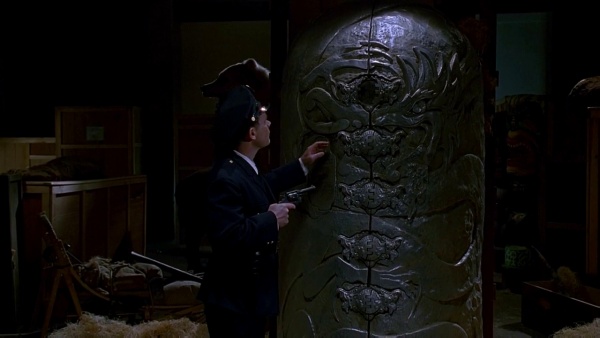 While under mind control, Margot Lane (Penelope Ann Miller) is given a Remington Rolling Block Pistol from Shiwan Khan in order to shoot Cranston. 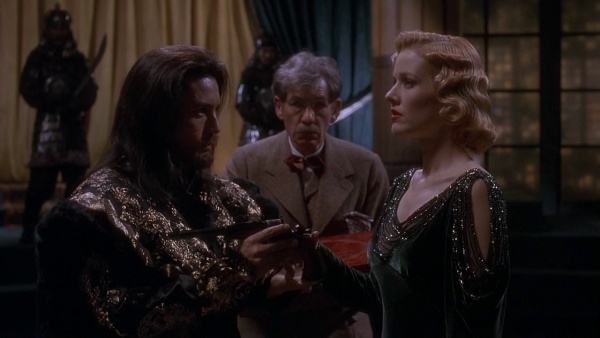 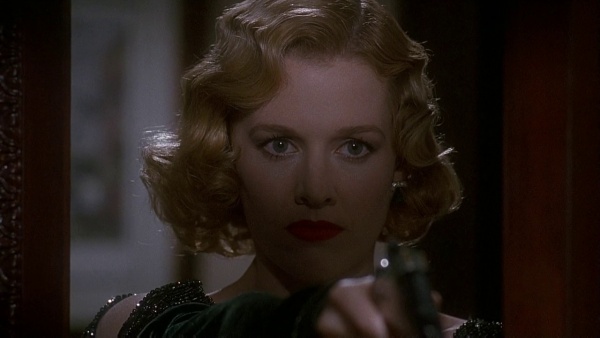 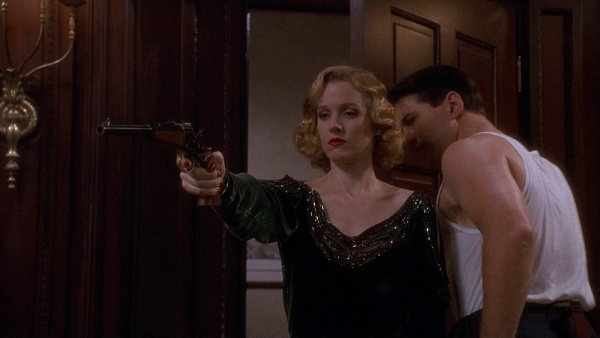 Margot continues to hold the pistol. 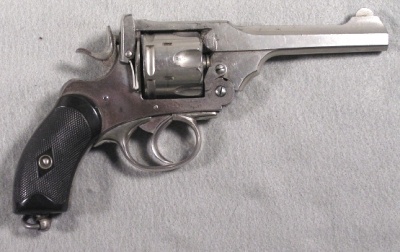 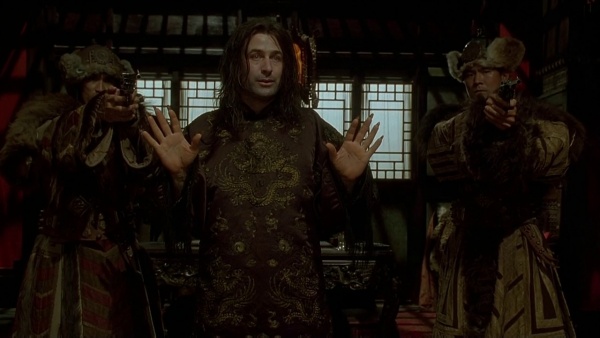 The M1928 Thompson is used by the gangster Duke (John Kapelos) at the beginning of the film as well as by Claymore (Tim Curry) in the ballroom. 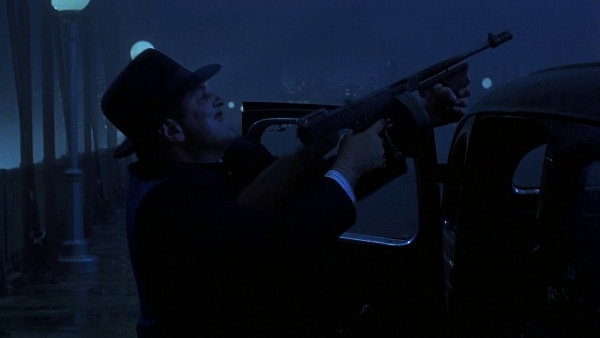 The M1928 Thompson is used by the gangster Duke (John Kapelos) 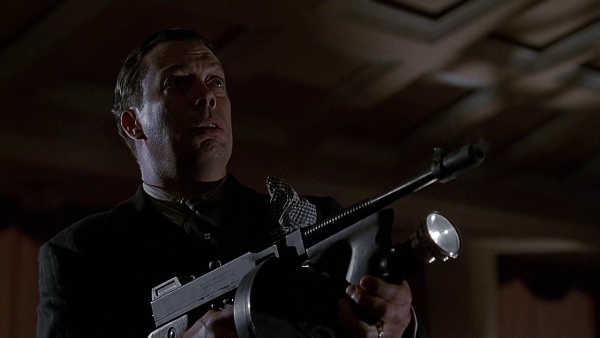 An interview on the Silver Heat with The Shadow armorer Steve Karnes (AKA Phoenixent): http://www.shadowsanctum.net/screen/screen_1994/cinema_1994-steve-karnes-interview.html