From Internet Movie Firearms Database - Guns in Movies, TV and Video Games
(Redirected from The Queen's Gambit)
Jump to navigation Jump to search

The Queen's Gambit is a 2020 American coming-of-age period drama miniseries, based on the 1983 novel of the same name by Walter Tevis and directed and written by Scott Frank. The story follows the life of Beth Harmon (Anya Taylor-Joy), a chess child prodigy from the very beginning of her career at the age of 9 until the top of the chess world. The Queen's Gambit won eleven Primetime Emmy Awards, becoming the first show on a streaming service to win the category, as well as two Golden Globe Awards. The miniseries premiered on October 23, 2020 on Netflix.

The following weapons were used in the television series The Queen's Gambit: 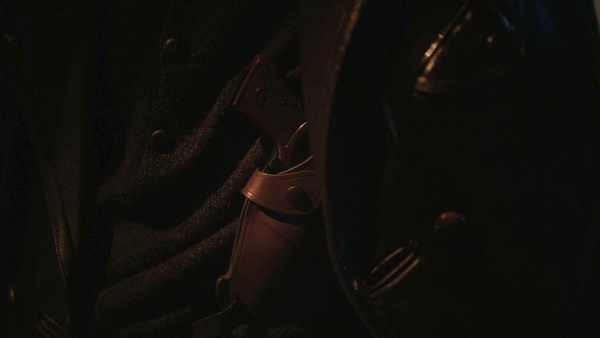 Beth notices the pistol grip in a holster upon arrival in Moscow.
Retrieved from "https://www.imfdb.org/index.php?title=Queen%27s_Gambit,_The&oldid=1516174"
Categories: