From Internet Movie Firearms Database - Guns in Movies, TV and Video Games
(Redirected from The New Daughter)
Jump to navigation Jump to search 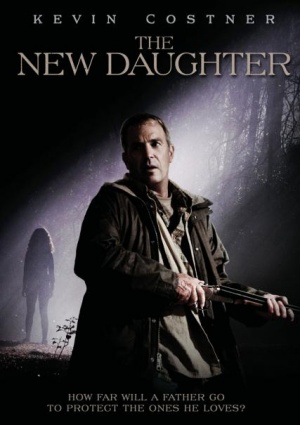 The following weapons were used in the film The New Daughter:

J. Stevens and Company Side by Side Shotgun

Upon returning to his home, John James (Kevin Costner) retrieves a 12 Gauge Double Barreled Shotgun which he fires at some intruders.

John switches out his double barreled shotgun for what appears to be a Remington 870 shotgun that is found in the trunk of a sheriff's deputy's patrol car. The shotgun is fitted with a pistol grip and black synthetic furniture. John is not seen firing it in the film.

The Remington 870 shotgun mounted on the trunk door.

John takes up the Remington 870 shotgun.

John with the Remington 870 shotgun.
Retrieved from "https://www.imfdb.org/index.php?title=New_Daughter,_The&oldid=1292759"
Categories: