From Internet Movie Firearms Database - Guns in Movies, TV and Video Games
(Redirected from The Mentalist)
Jump to navigation Jump to search 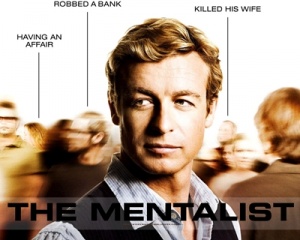 The Mentalist was a television crime procedural series that starred Simon Baker as Patrick Jane, a former "psychic" who was outed as a fraud, but now uses his skills of deduction as a special consultant for the California Bureau of Investigation. The series, which premiered in the US on CBS, aired for seven seasons from 2008 to 2015.

The following lists the seasons of the series The Mentalist: