The Last Salvo (original title Posledniye zalpy) is a 1960 Soviet war movie directed by Leon Saakov. In Spring 1945 in Czechoslovakia an artillery unit under command of Capt. Novikov stands against one of the last attacks of Vehrmacht tanks.

The following weapons were used in the film The Last Salvo (Posledniye zalpy): 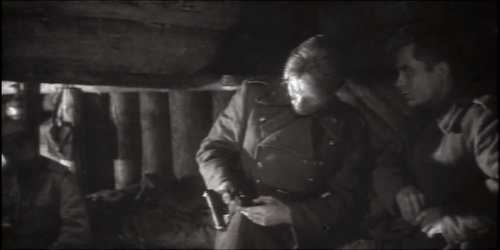 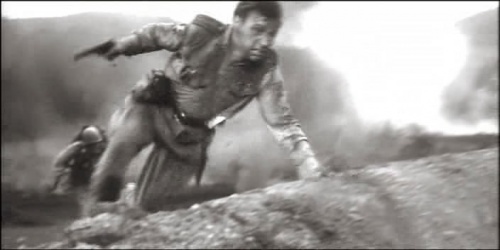 Lt. Ovchinnikov with a TT on the battlefield.

During the conflict with a supply officer Lt. Alyoshin (Oleg Lozovskiy) takes away a Nagant M1895 from this officer. 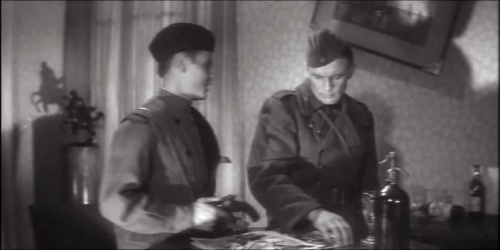 Most Soviet soldiers and many officers carry PPSh-41 SMGs. 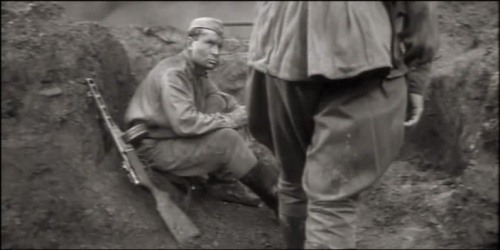 A PPSh is seen next to Pvt. Remeshkov (Aleksandr Strelnikov). 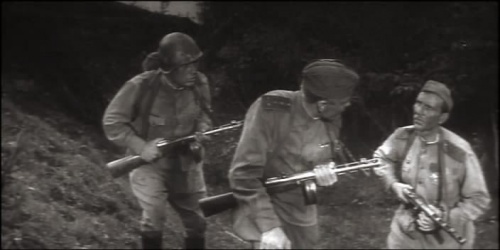 An MP40 is briefly seen in hands of Czech resistance fighter. 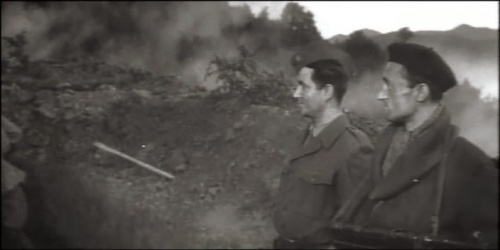 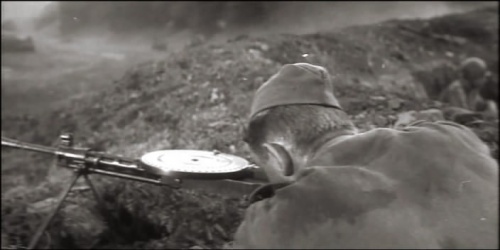 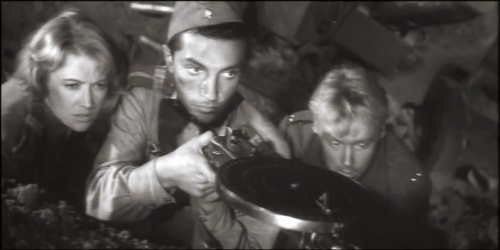 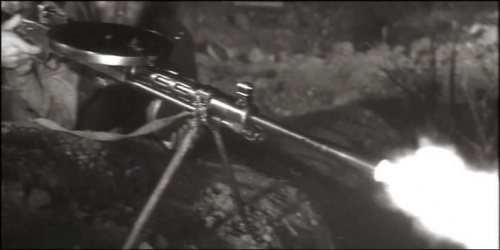 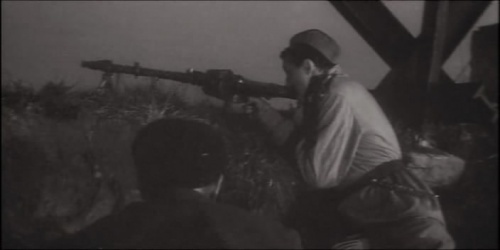 The unit of Capt. Novikov is equpped with 76.2-mm ZIS-3 field guns. 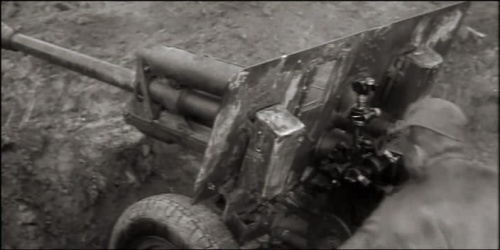 A ZIS-3 in action.
Retrieved from "https://www.imfdb.org/index.php?title=Last_Salvo_(Posledniye_zalpy),_The&oldid=966959"
Categories: