From Internet Movie Firearms Database - Guns in Movies, TV and Video Games
(Redirected from The Hidden (VG))
Jump to navigation Jump to search 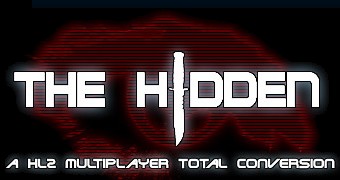 The Hidden (also known as The Hidden: Source) is a multiplayer modification to Half-Life 2. The game is currently in Beta stages.

Weapons can be fitted with flashlights or laser aiming modules (LAM), the latter is useful because the game has no crosshairs at all. The player can choose between Assault and Support classes, the latter is limited to use the P90 or the less-lethal launcher as a primary, but can restore ammunition of the teammates. Unfired bullets in the magazine are lost during the reloads, which is a rare feature in video games nowadays.

The following weapons can be seen in the mod The Hidden:

The FN F2000 appears as "FN2000". A decent weapon with good accuracy and moderate damage. 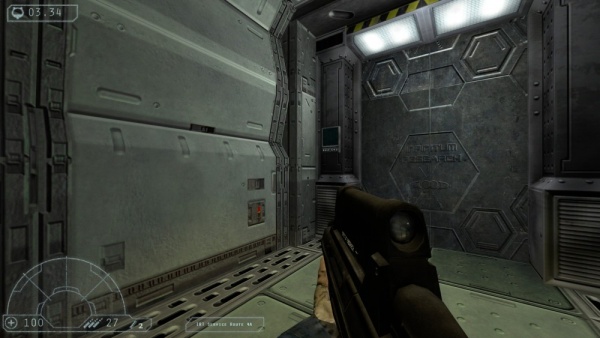 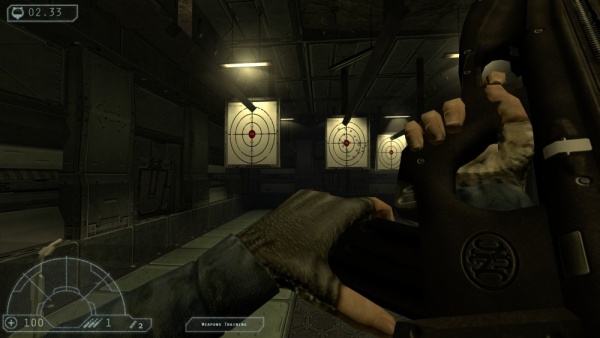 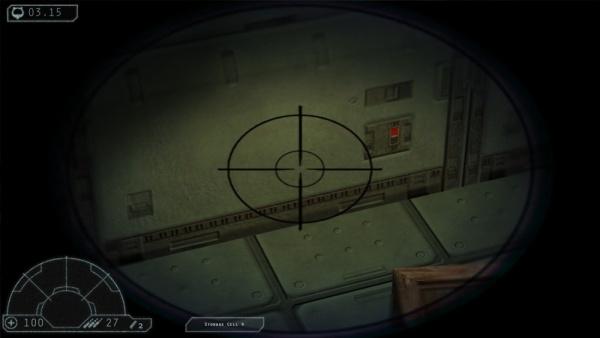 The scope of the F2000 has an incorrect reticule and provides about 6-8x zoom while the real optic has only a 1.6x zoom. 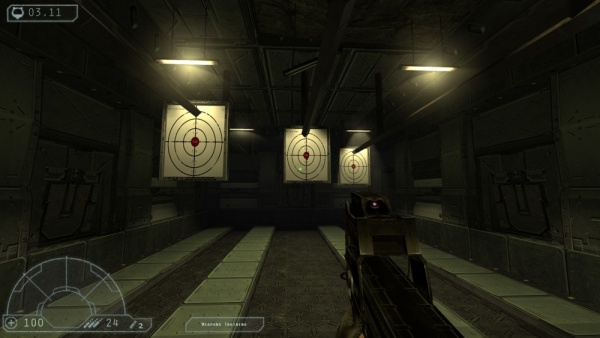 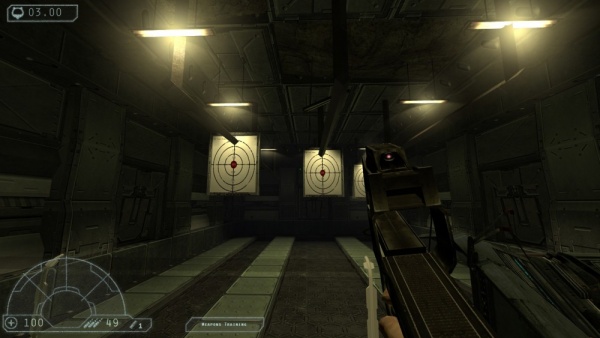 The FN 303 is a semi-auto weapon with good accuracy and damage, but it holds only 15 rounds. 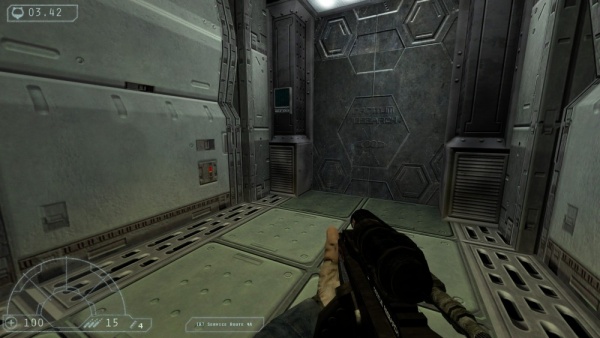 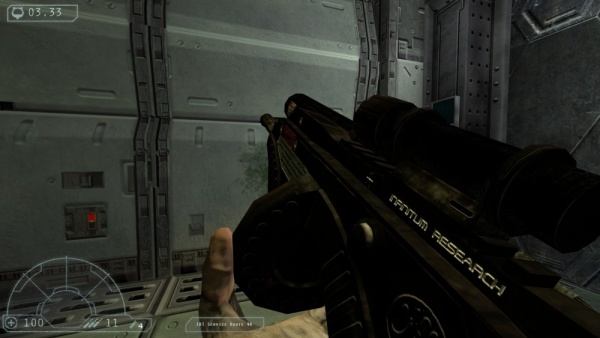 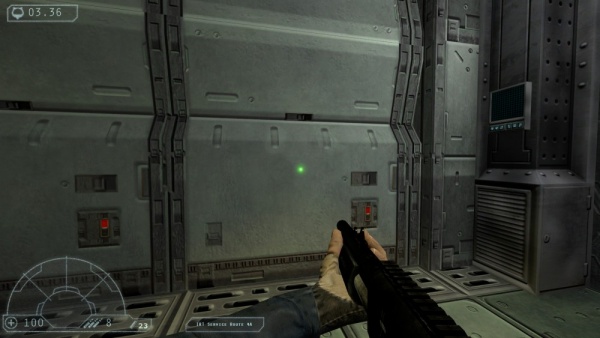 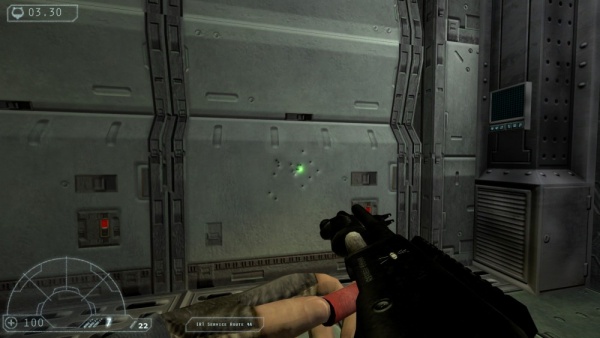 The Five-seveN holds 20 rounds and is one of the usable sidearms. It is the only weapon to be modeled with the ejection port on the opposite side. 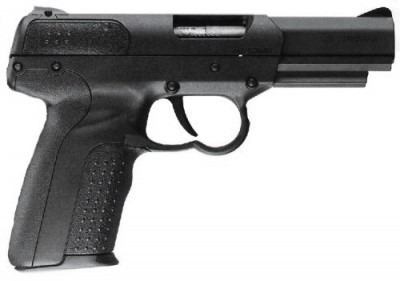 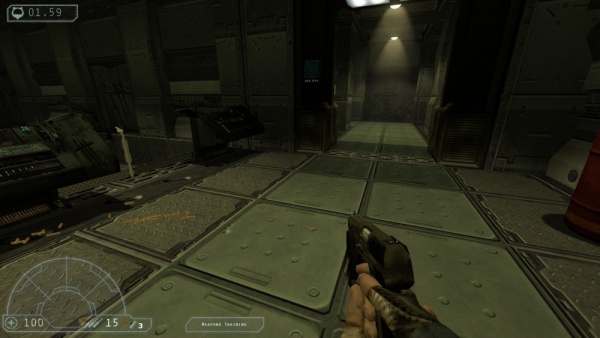 The Five-seveN in the game. 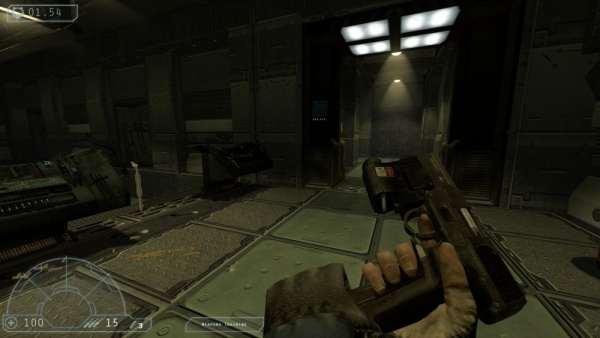 Reloading animation. The slide never locks back, but is pulled after each reload.

The FNP-9 appears as "FNP-9" in the mod. Correctly holds 16 rounds. The slide does not move when shooting. Also, it is modeled with wrong safety and has no slide release at all. 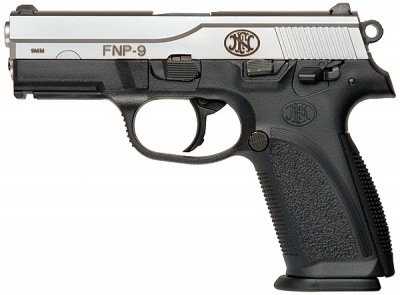 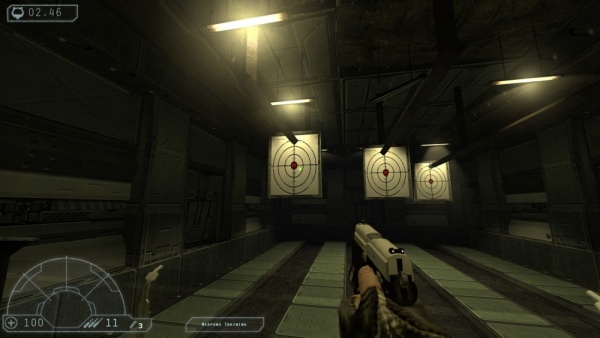 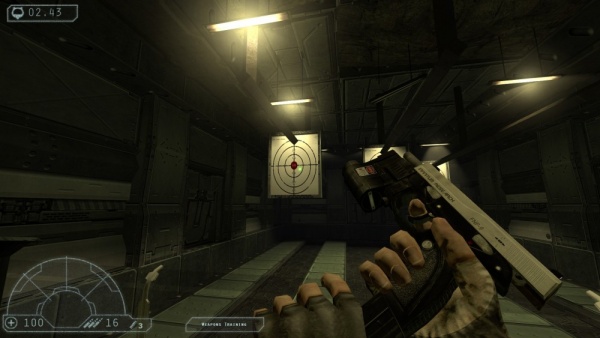 Reloading animation. As opposed to the Five-seveN, the FNP's slide always locks back.
Retrieved from "https://www.imfdb.org/index.php?title=Hidden,_The_(VG)&oldid=620655"
Categories: