The Evil Spirit of Yambuy (Zloy dukh Yambuya) is a Soviet 1977 adventure movie directed by Boris Buneev. Several members of mapping expedition in Eastern Siberia mysteriously disappear in Yambuy mountains. The native Evenki tribesmen speak about an evil spirit that lives on Yambuy. Then it turns out that the "evil spirit" is a monstrous man-eating brown bear. Fedoseev, the head of the expedition, and Kararbakh, the old Evenki hunter, go to find and kill the beast. The movie is based on real events that that occurred in late 1940s, and the main characters of the movie are real people. The Evenki characters, including Kararbakh, are played by non-professional actors.

The following weapons are seen in the movie The Evil Spirit of Yambuy (Zloy dukh Yambuya): 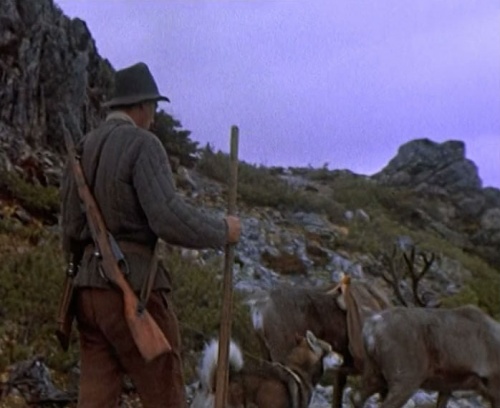 Fedoseev carries his carbine in the opening scene. 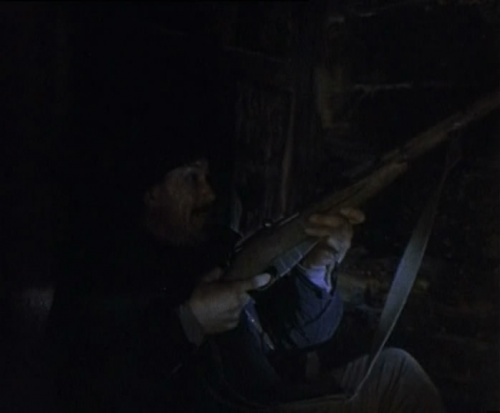 Fedoseev fires at a bear that attacks a cabin at night. 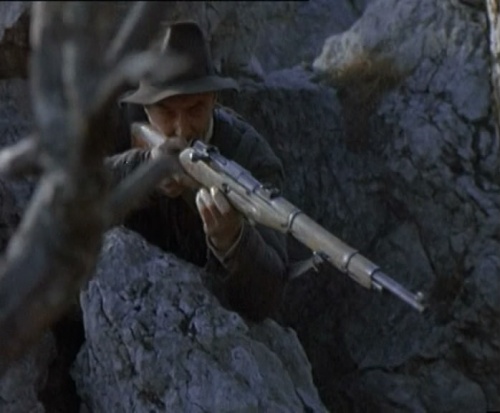 Fedoseev aims at a bear. 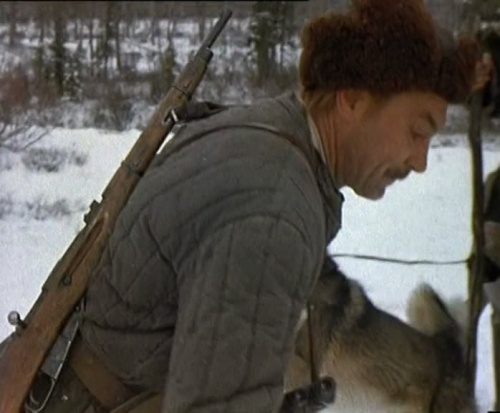 A close view at the carbine. 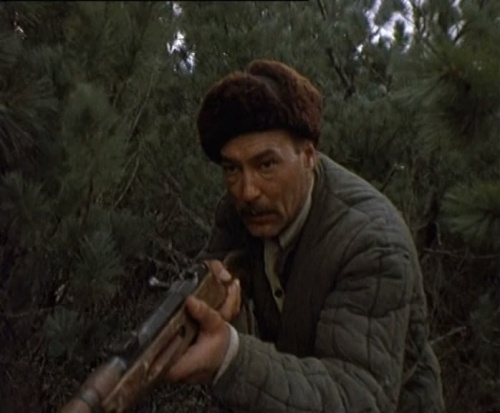 Fedoseev holds his carbine in the final scene. 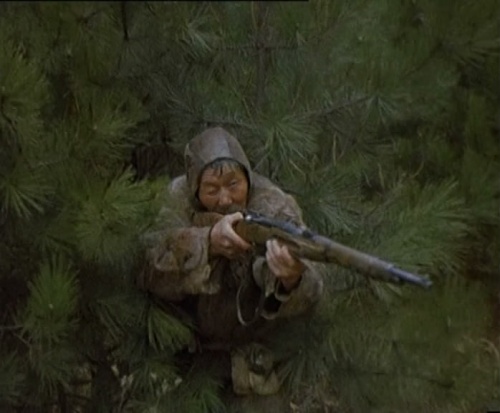 Kararbakh fires in the final scene. 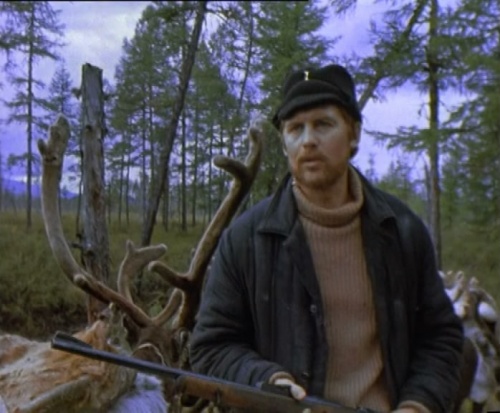 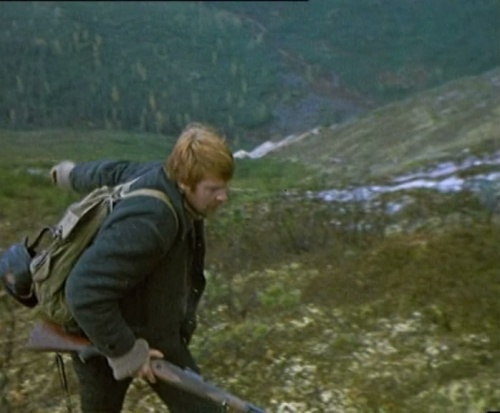 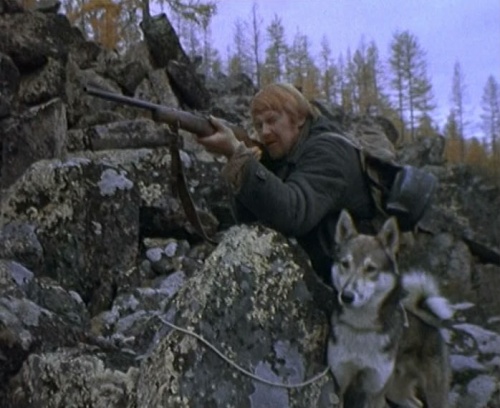 Pavel fires at a bear. 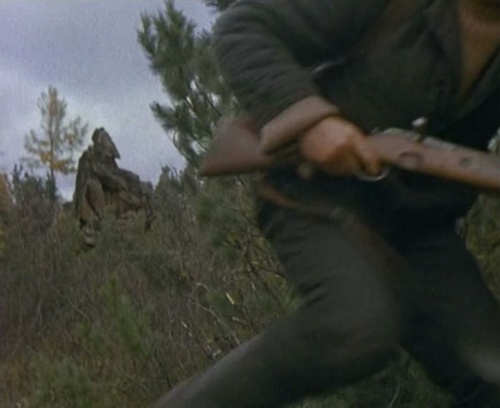 A bolt handle is stuck in half-opened position. Note the Mauser-style notch for bolt handle.

Most of Evenki guides of the expedition carry bolt action shotguns. These guns are converted Mosin Nagant Rifles, known under the nickname "frolovka" after engineer Pyotr Frolov. 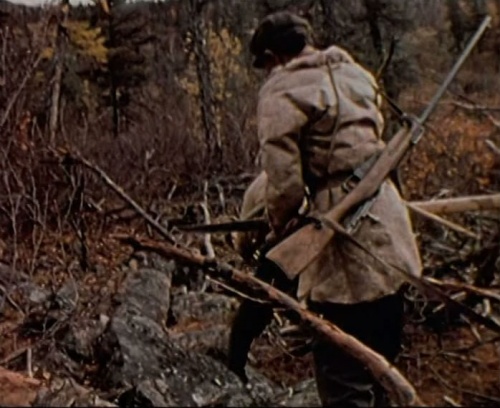 An Evenki guide carries a "Frolovka" shotgun. The bolt of this particular gun nearly drops from the stock. 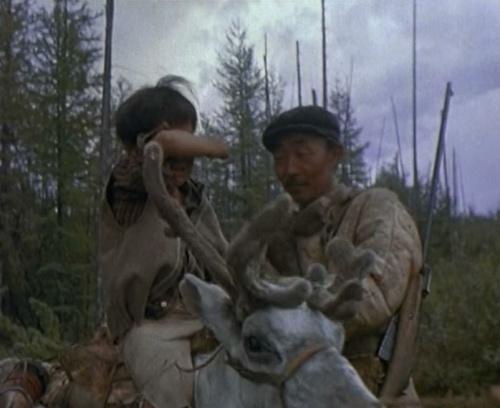 An Evenki guide with a "Frolovka". 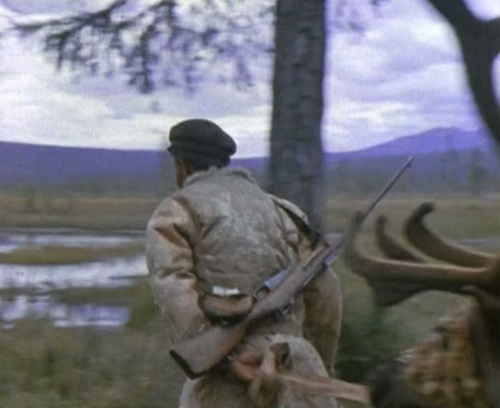 One more view at the gun.

One of the members of the expedition is seen with a bolt action shotgun that is a converted Berdan Rifle. Old Kararbakh's weapon is also a Berdan shotgun, but of another version (it looks like that he carries two different guns in several scenes). 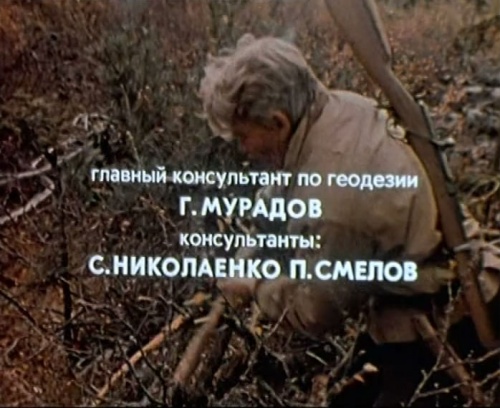 A Berdan shotgun is seen during the opening credits.

According to the length of the shotgun, it is based on Dragoon version of Berdan rifle. 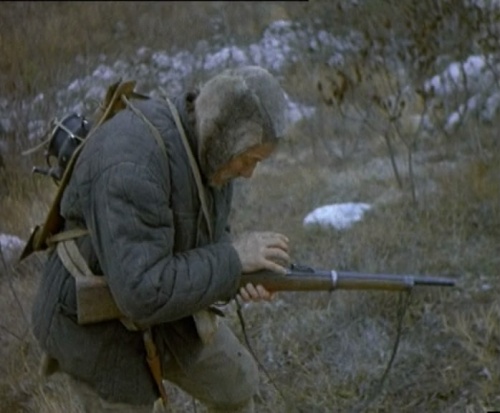 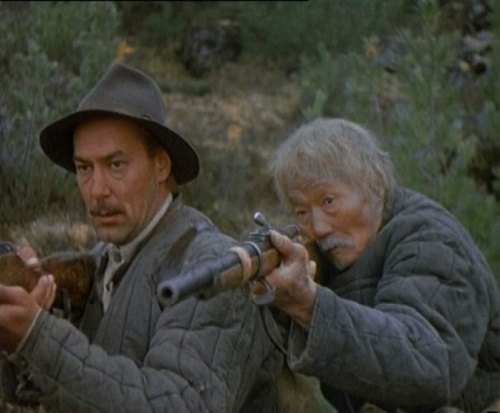 Kararbakh aims at a bear. The gun looks different from the one on the previous screenshot.

A double barreled shotgun is carried by one of Evenki guides. 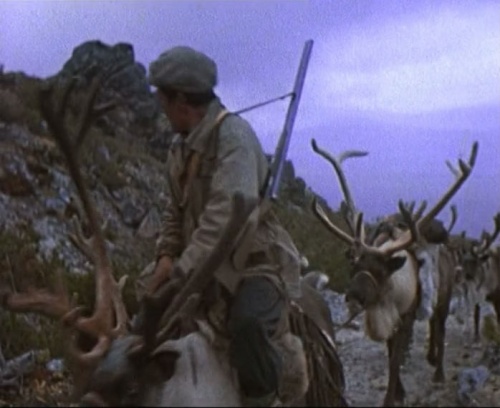 In one scene Fedoseev and Pavel find a damaged IZh-5 single barreled shotgun that belongs to one of the victims of the man-eating bear. This shotgun lacks the groove with the spring latch on the handguard so it is an early model of 1920s - early 1930s production. 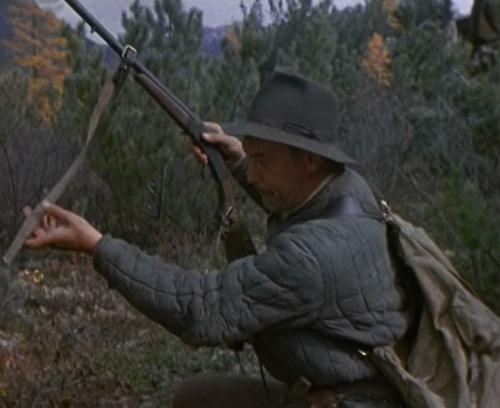 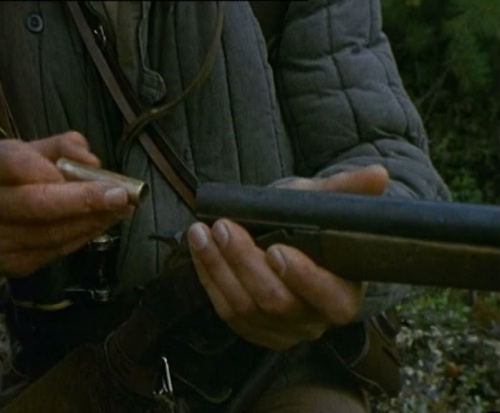 He extracts the spent cartridge... 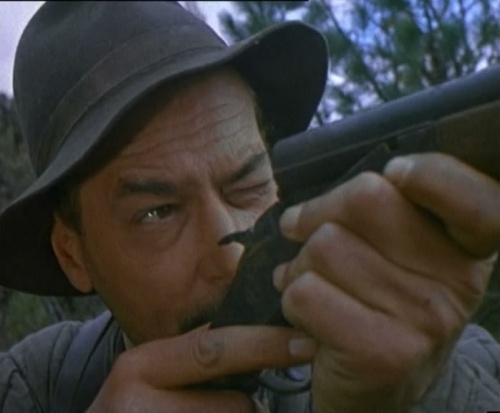 ...and examines the barrel.
Retrieved from "https://www.imfdb.org/index.php?title=Evil_Spirit_of_Yambuy_(Zloy_dukh_Yambuya),_The&oldid=1492929"
Categories: