From Internet Movie Firearms Database - Guns in Movies, TV and Video Games
(Redirected from The Dusk (Zakat))
Jump to navigation Jump to search

The Dusk (Zakat) is a 1990 Soviet drama movie directed by Aleksandr Zeldovich and adapted from the Isaak Babel short story collection The Odessa Tales.

The following weapons were used in the film The Dusk (Zakat):

Russian Imperial police personnel use Nagant M1895 revolvers during the shootout with Benya's gang. In the final scene, set after the Russian Revolution, a Nagant is used by a Chekist (uncredited) who executes Benya. 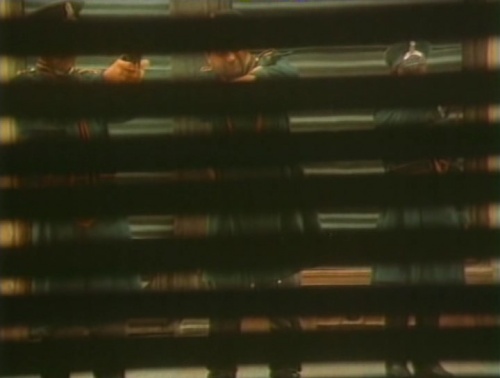 Nagants are seen in hands of police during the shootout. 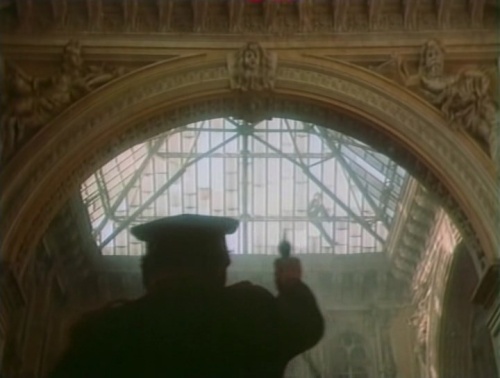 A Gorodovoy (policeman) fires at robbers who climb on the glass roof. 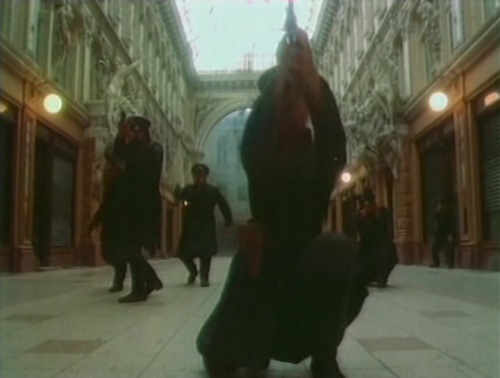 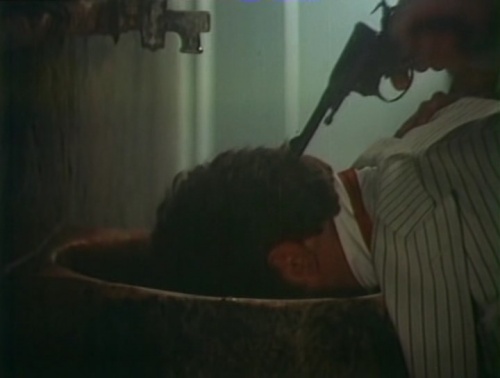 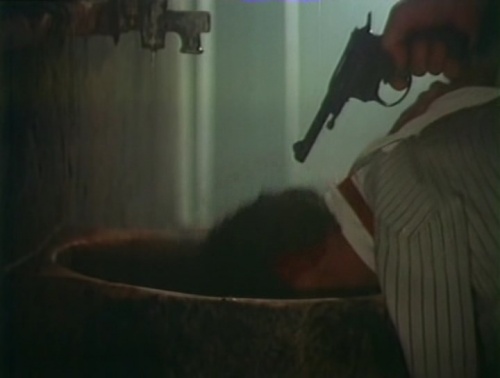 M1911A1 pistols, anachronistic for the early 1900s, are used by Benya Krik (Viktor Gvozditsky) and several of his gang members. 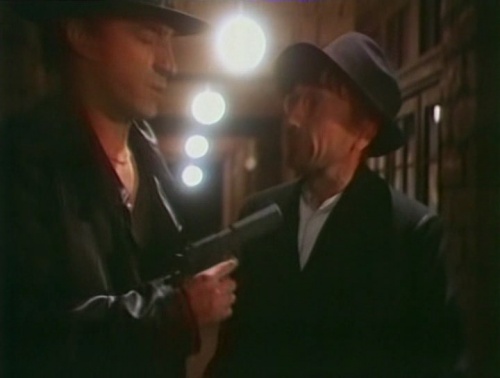 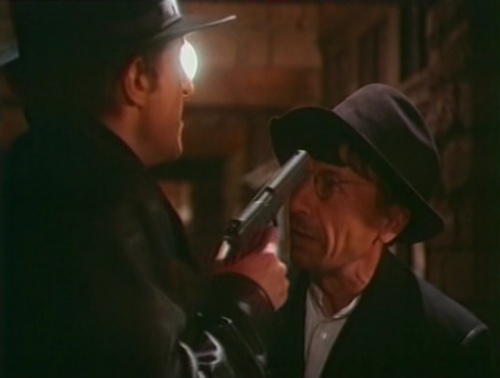 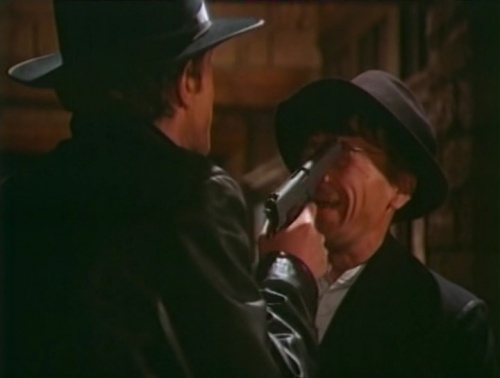 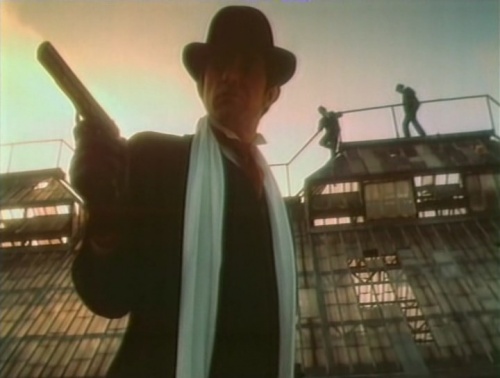 Benya holds the pistol during the shootout with police. 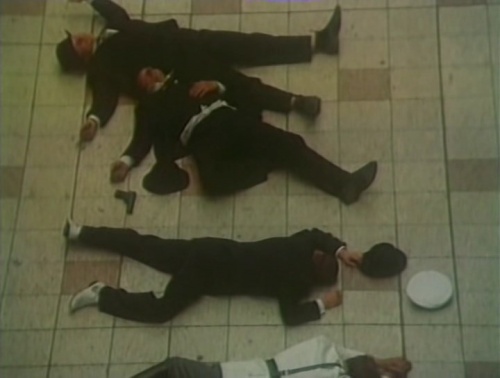 An M1911 is seen near the dead robber after the shootout. 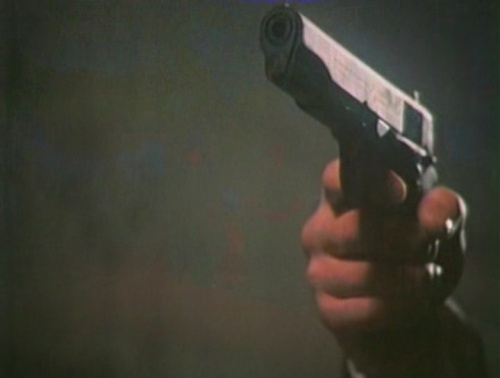 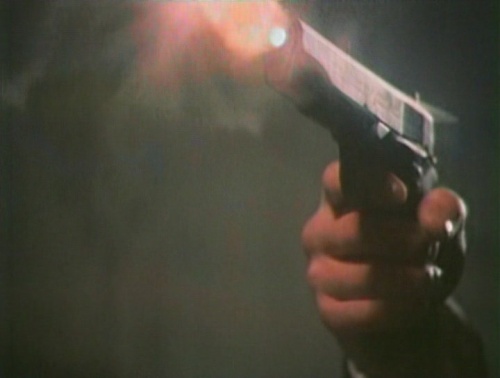 Several of Benya's gang are armed with Mauser C96 pistols. 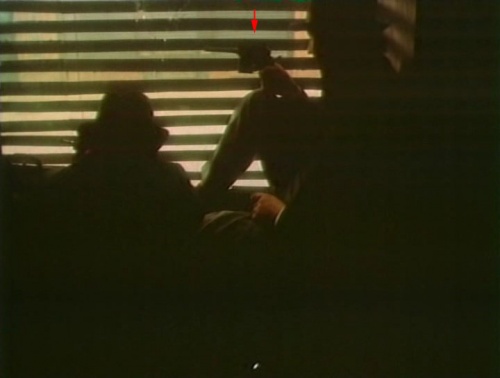 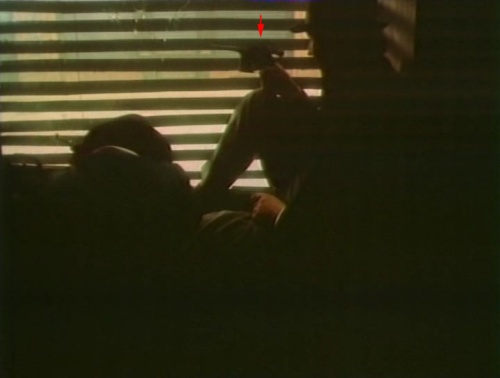 A robber at the right fires a Mauser at police. 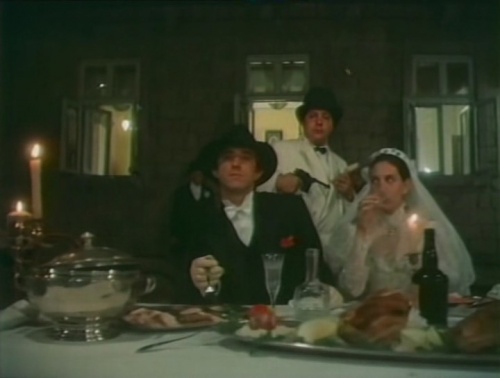 One of the gang members holds a Mauser during Benya's wedding. 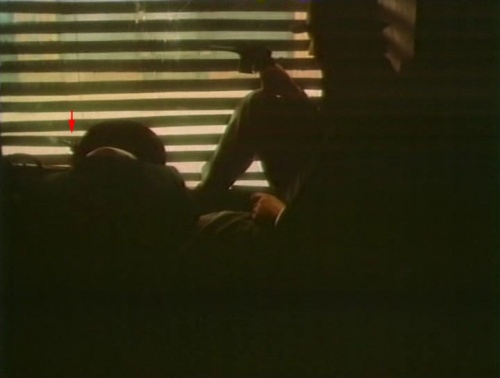 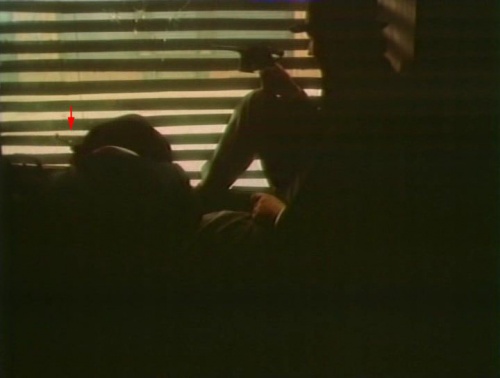 During the shootout with police, one of the robbers (at the left) holds an unidentified pistol. The gun bears resemblance to a Luger P08, but it's too vague to guess. 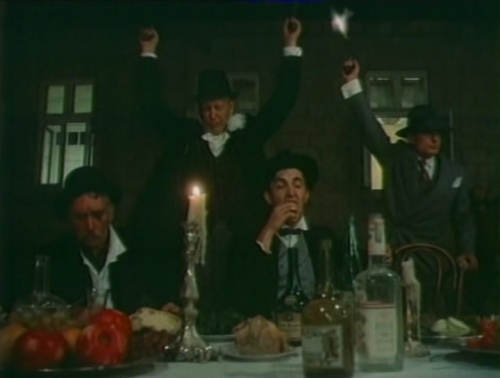 During Benya's, wedding his henchmen fire a salute with very poorly seen pistols. 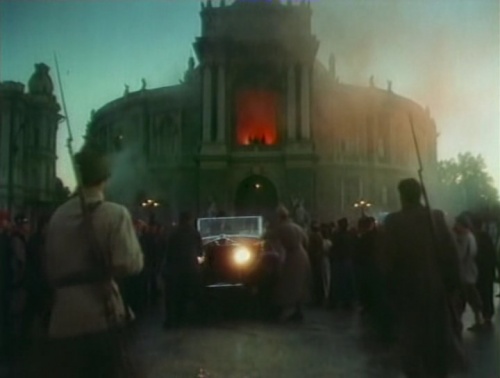