From Internet Movie Firearms Database - Guns in Movies, TV and Video Games
(Redirected from The Counterfeiters)
Jump to navigation Jump to search

The Counterfeiters is a 2007 Austrian-German movie directed by Stefan Ruzowitzky and is based on a real event and deals with the largest money counterfeiting program of the Nazis during World War II, Aktion Bernhard. Master forger Salomon Sorowitsch is arrested by Commissar Herzog in 1936 and sent to the Mauthausen concentration camp but comes to terms with the circumstances. He receives preferential treatment from his tormentors, making small drawings, portraits, and later entire murals for them. In 1944, he is transferred to Sachsenhausen - and fears that he will now have to die. But Herzog has other plans for him. Sorowitsch was to take part in a secret operation to counterfeit enemy money, imitating British pounds and American dollars. He gets help from other imprisoned specialists: Adolf Burger, Kolja Karloff, and Zilinski are among them.

On February 24, 2008, the film won the Academy Award for Best International Feature Film which was the first Oscar ever for an Austrian entry.

The following weapons were used in the film The Counterfeiters: 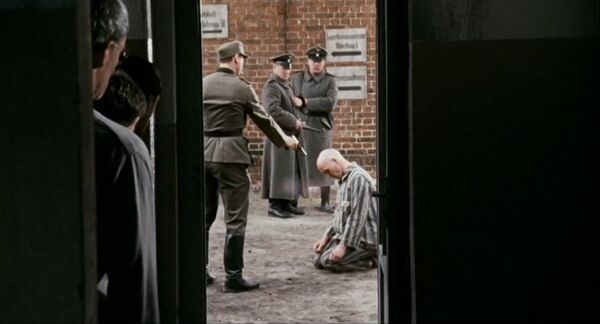 Holst executes a KZ inmate with his Walther. 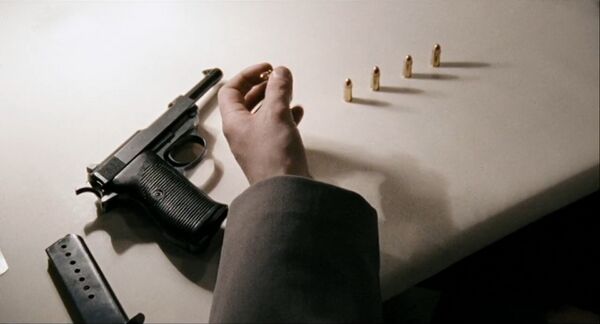 Friedrich Herzog spins a 9x19mm cartridge around next to his P38. 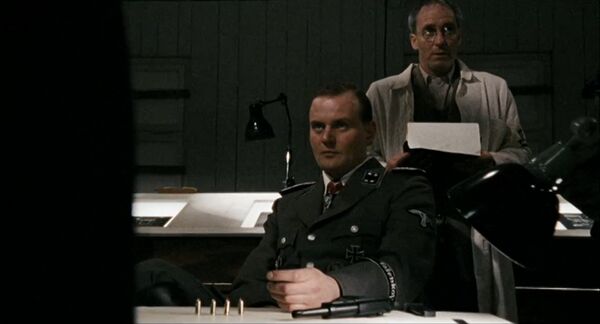 A view of the Walther's top side. 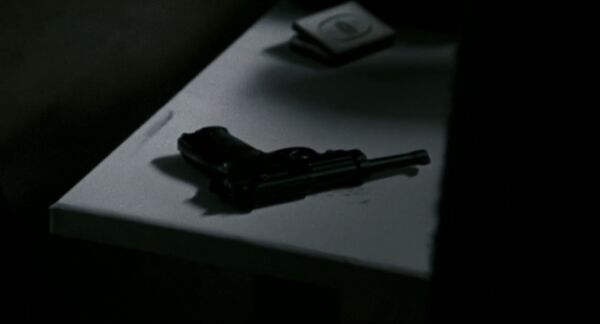 Herzog's pistol lies on a table next to Sorowitsch. 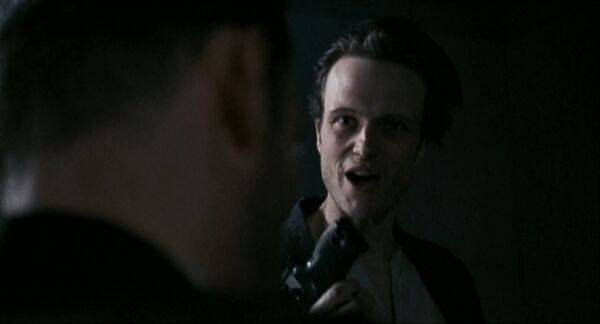 Most members of the Waffen SS are armed with MP40s. 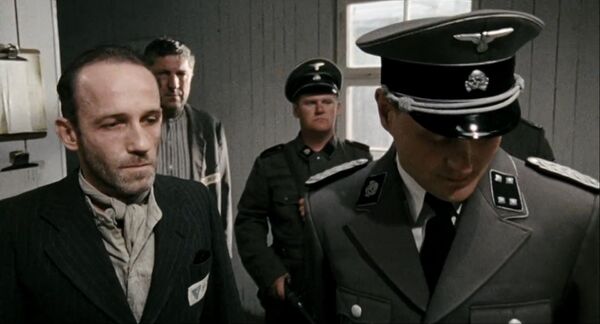 An SS-Schütze (Private) with an MP40 in the background. 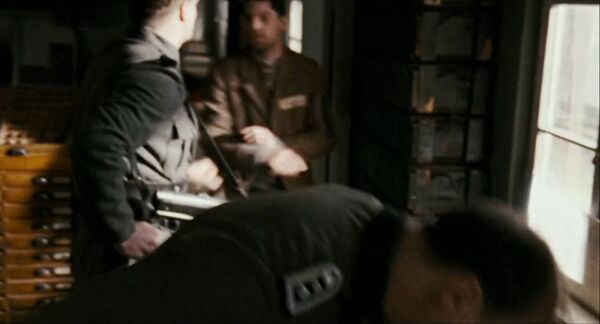 Another MP40 held by an SS-Unterscharführer (Sergeant). 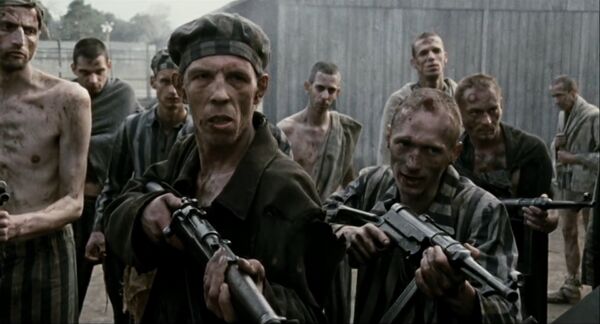 The Karabiner 98k is used by some Waffen SS guards. 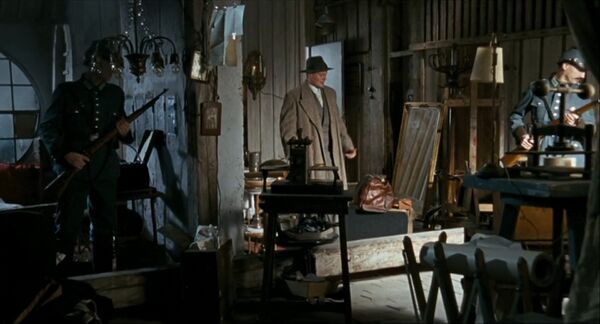 The police officer to the left holds his Karabiner. 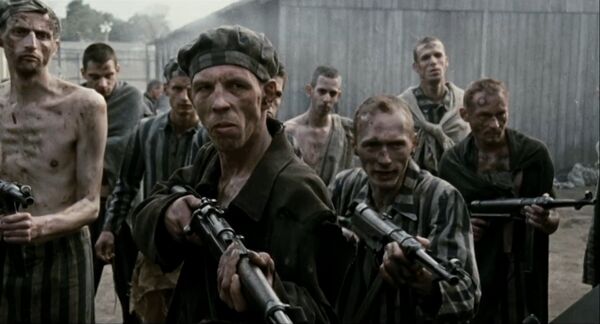 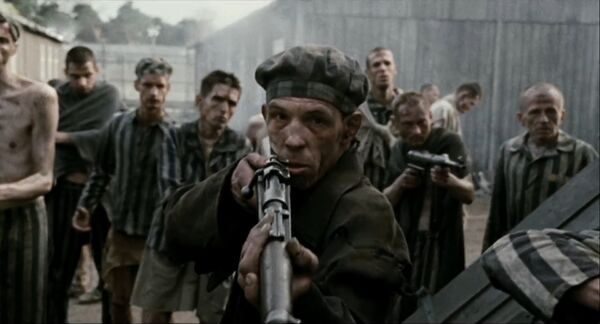 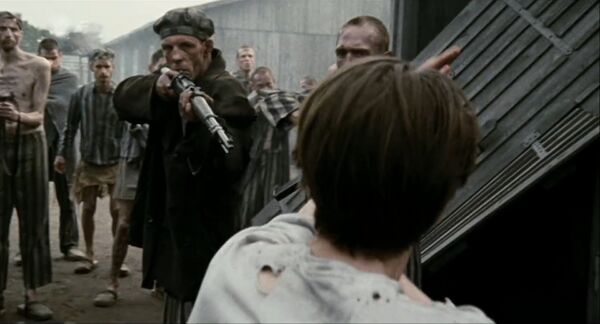 A German policeman is seen with a VZ-24 Czech Mauser rifle which is an anachronism because this scene takes place in 1936; two years before the German occupation of Czechoslovakia. 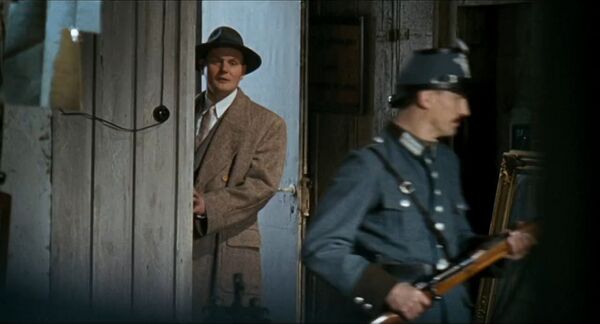 The rifle is seen to the right. Note the rear sight surrounded by wood, grasping groove, and Kar98k-style bolt handle which is a WWII feature.

Another distant view of the rifle reveals the under-mounted sling swivels. The slightly longer barrel compared to the Karabiner 98k can be seen.
Retrieved from "https://www.imfdb.org/index.php?title=Counterfeiters,_The&oldid=1533953"
Categories: