From Internet Movie Firearms Database - Guns in Movies, TV and Video Games
(Redirected from The Condemned)
Jump to navigation Jump to search

The following guns were used in the film The Condemned: 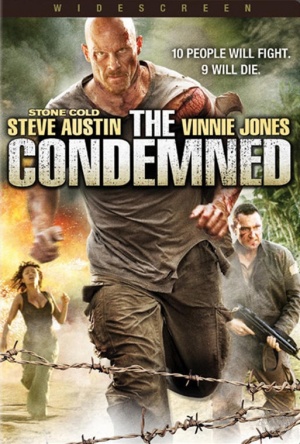 A guard at a Russian prison in the beginning of the film is seen armed with an unknown rifle. It appears to be fitted with a bipod. 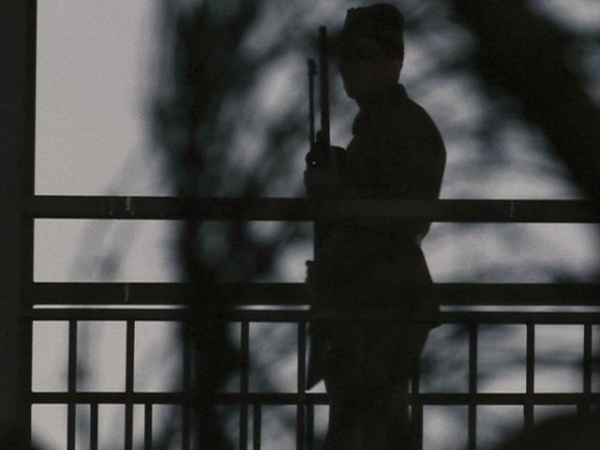 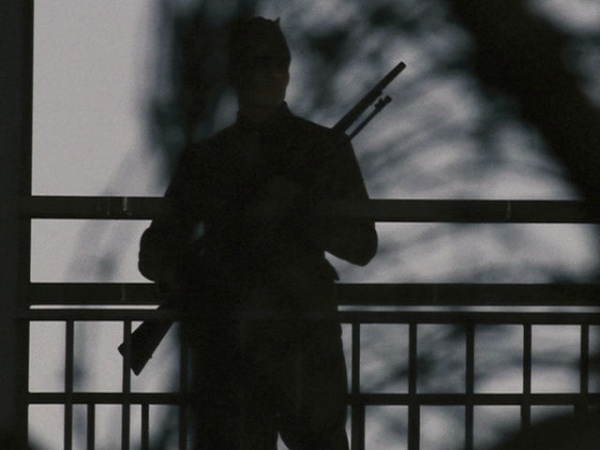 A prison guard at a Russian prison in the beginning of the film is seen armed with a Norinco SKS-D rifle, standing in for an AK. 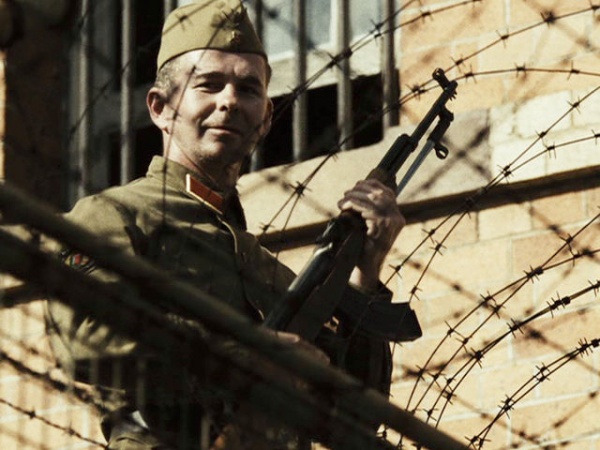 A Russian prison guard with a Norinco SKS-D. Note the Missing Cleaning Rod

A prison guard at a Russian prison at the beginning of the film can be seen with a Norinco Type 56. In reality Russians would never use Chinese AKs. Since the 5.45x39mm round has also replaced the 7.62x39mm round, the guns wouldn't have a sufficient ammunition supply anyway.

- Some second line troops (including prison guards) are still issued the AKM. Still a moot point, but at least 7.62x39 would still be in supply 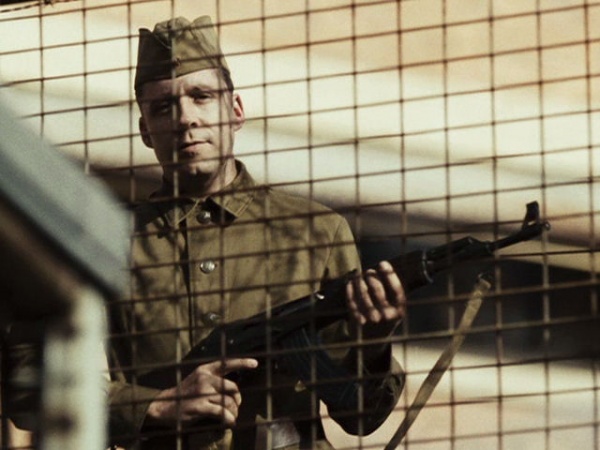 A Russian prison guard with a Norinco Type 56.

A prison guard in El Salvador is seen using a Remington 870 shotgun when Jack Conrad (Steve Austin) is released. 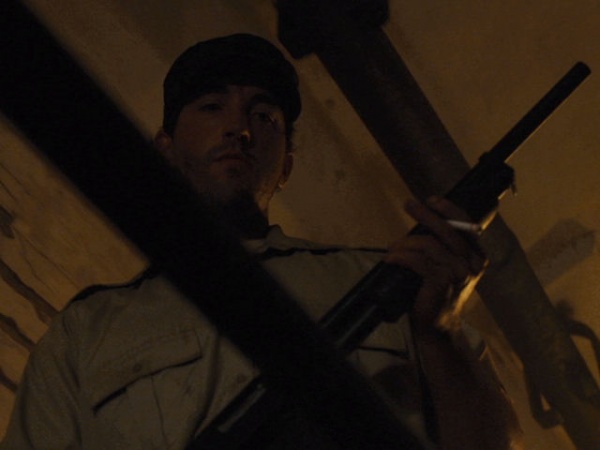 A South American prison guard with a Remington 870.

When the cons are being thrown from the helicopter onto the island, a Winchester Model 1912 is seen behind one of Breckel's (Robert Mammone) men when he is kicked by Saiga (Masa Yamaguchi). 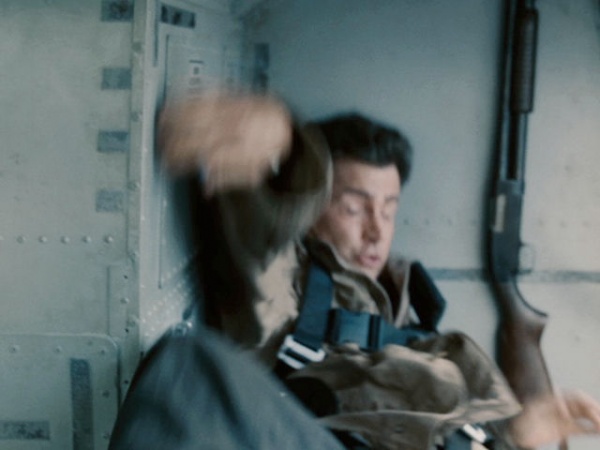 A Winchester Model 1912 is seen resting against a wall in the chopper.

All of the hired men working on the island during the film are issued Heckler & Koch MP5A3 submachine guns. Near the end of the film, Ewan McStarley (Vinnie Jones) kills the ghillied camera crew and takes the gunner's MP5A3 (saying "Merry Christmas" in a possible Die Hard reference), using it to shoot at Jack Conrad (Steve Austin). McStarley also takes an MP5A3 off a guard near the compound and uses it to shoot all the editors in cold blood. 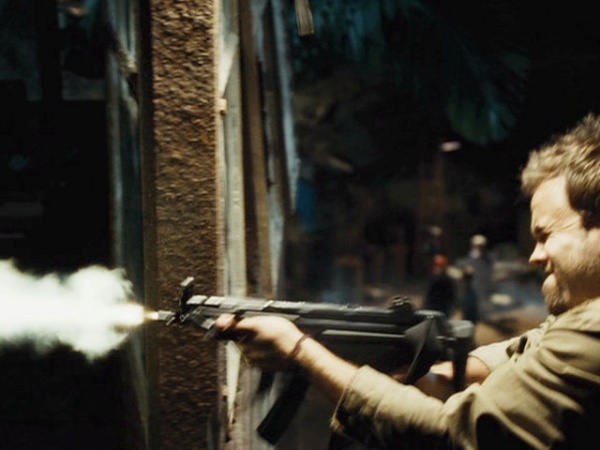 Baxter (Luke Pegler) fires his MP5A3 at Conrad when he sneaks into the compound to use their phone. 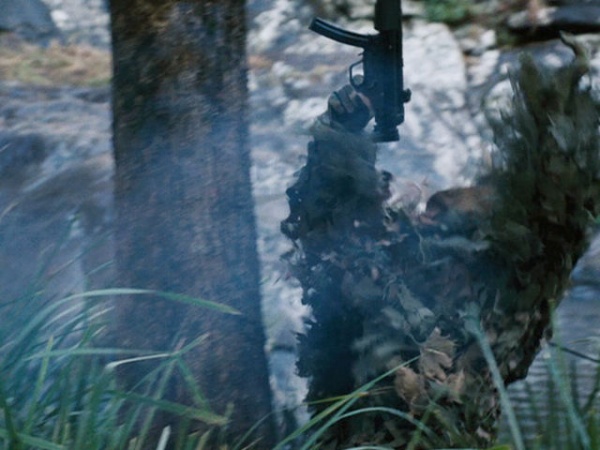 McStarley shoots the camera crew gunner, who falls back firing his MP5A3 into the air. 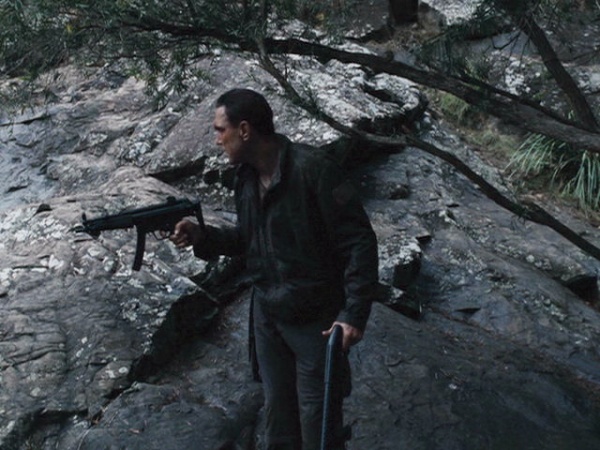 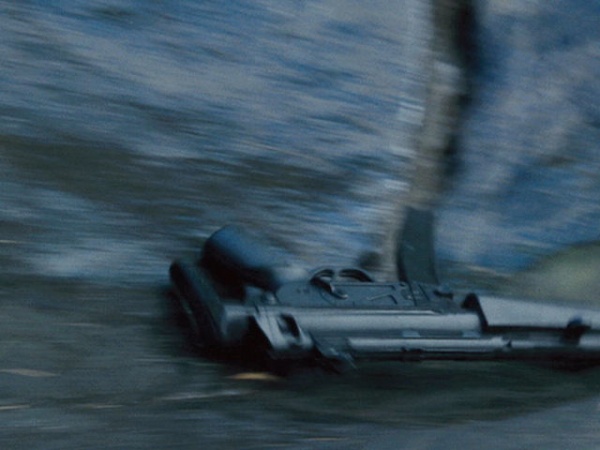 Conrad knocks the MP5A3 from McStarley's hand. Obviously this is a rubber stunt prop. 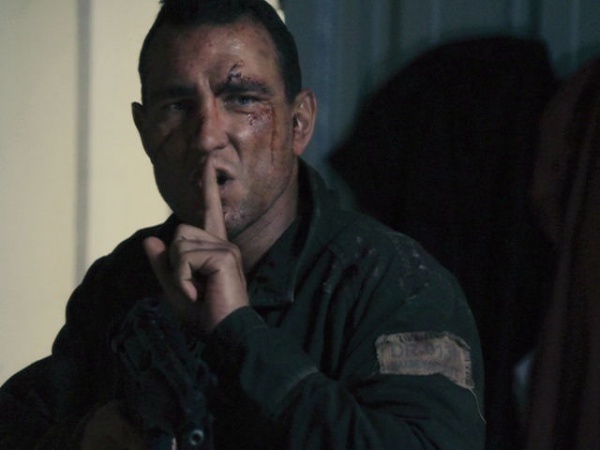 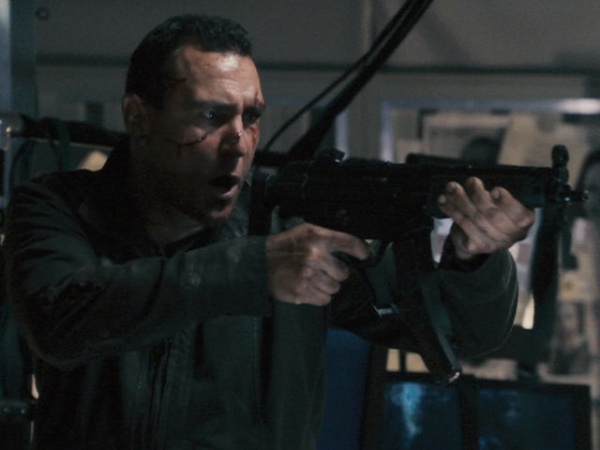 McStarley holds his MP5A3 on the editors. Note how the two magazines are taped together "jungle style". 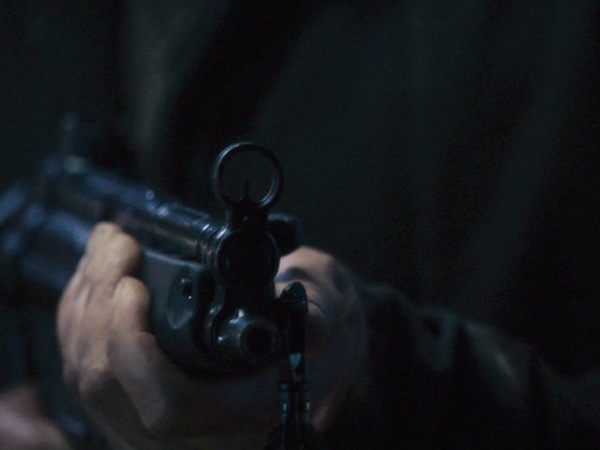 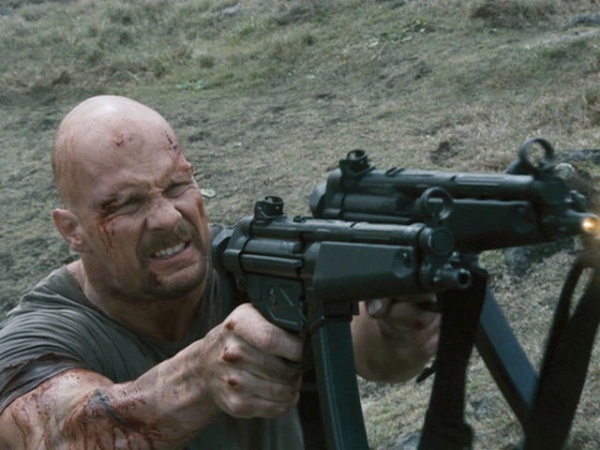 Conrad fires two MP5A3s akimbo at Breckel's (Robert Mammone) helicopter as he tries to escape. You'd think a former Army soldier would know better than to do this.

Ewan McStarley (Vinnie Jones) is left a "Christmas present" by Breckel (Robert Mammone), a bag containing a customized Armscor M30R6 with a vertical foregrip, a heat shield, and tactical front sights. McStarley uses this to "kill" Jack Conrad (Steve Austin), before being declared the winner of the competition. 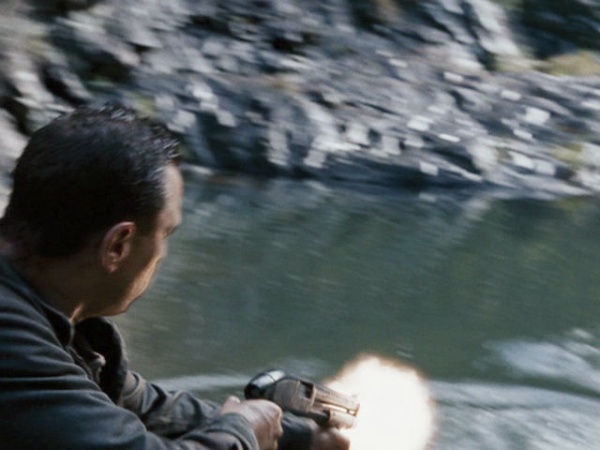 McStarley pumps the shotgun. Note how the action has engine grooves. 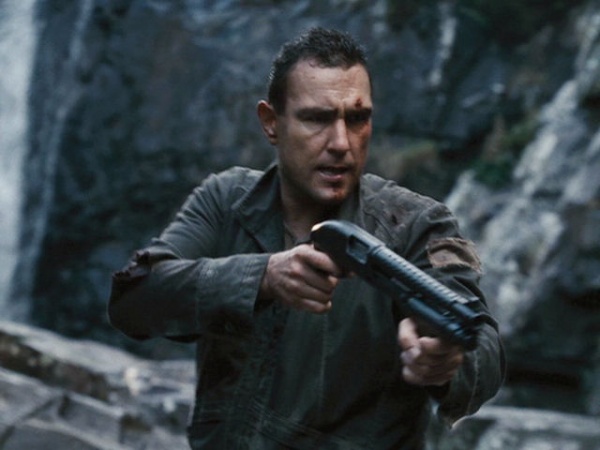 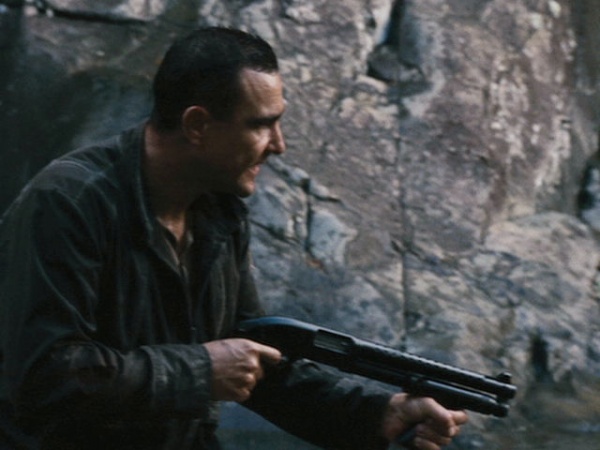 A good side shot of the Armscor M30R6 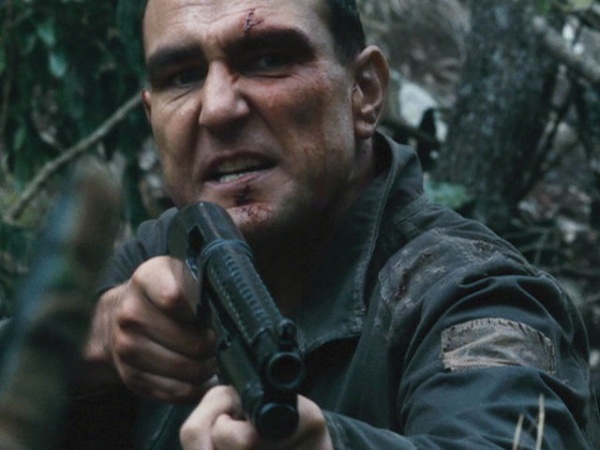 Baxter (Luke Pegler) holds a hard chromed Jericho 941 F on Jack Conrad (Steve Austin) when he enters the compound near the end of the film. Jack uses it to kill him and later uses it when confronting Ewan McStarley (Vinnie Jones). 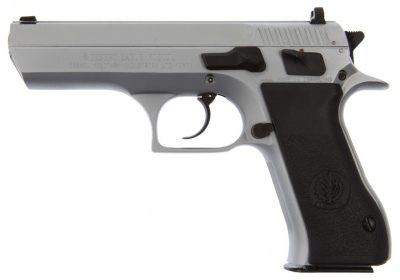 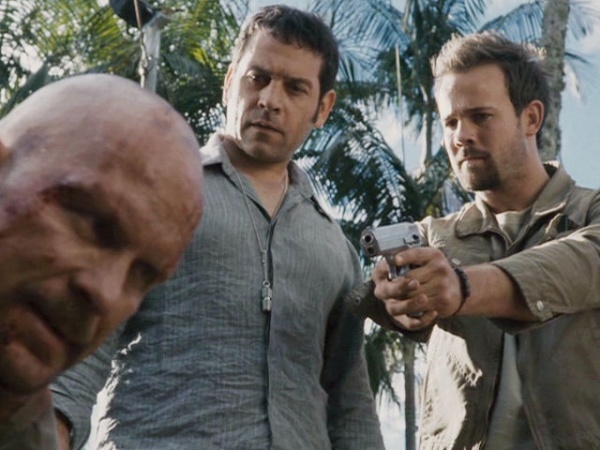 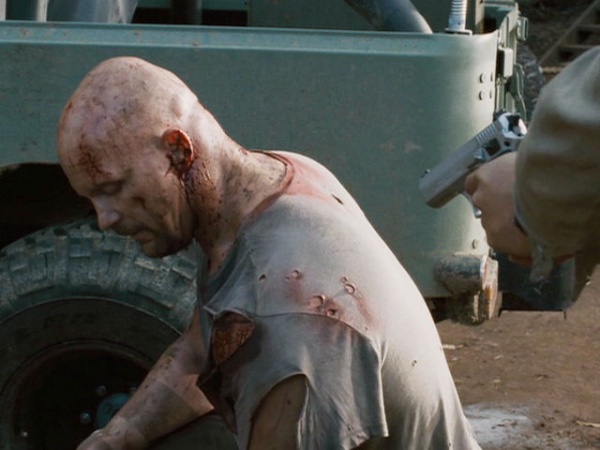 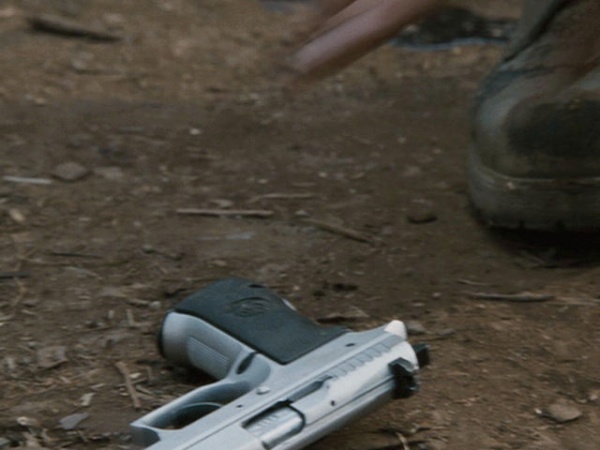 Conrad picks up the Jericho 941 F and kills Baxter. 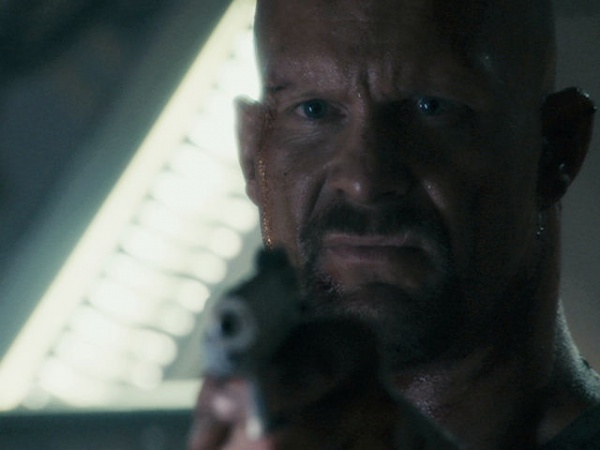 Two Browning AN/M2 .30 caliber machine guns are seen in the side turrets of the B-25 Mitchell still intact on the island. 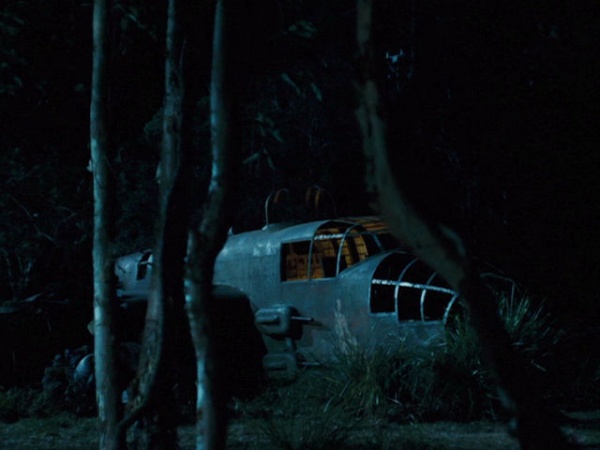 Two Browning AN/M2s are seen in the plane's turret.
Retrieved from "https://www.imfdb.org/index.php?title=Condemned,_The&oldid=1378028"
Categories: