From Internet Movie Firearms Database - Guns in Movies, TV and Video Games
(Redirected from The Con Artists)
Jump to navigation Jump to search

The Con Artists (original title Bluff - storia di truffe e di imbroglioni, literally "Bluff - the history of scams and crooks"; also released as Bluff) is a 1976 Italian crime comedy directed by Sergio Corbucci. The story takes place in France in 1920s. A master con artist Philip Bang is hold in prison while his former wife and a crime boss Belle Duke wants him free but only to make revenge on him. Belle's plans to release Bang from prison include a young con man Felix and Bang's daughter Charlotte.

The following weapons were used in the film The Con Artists:

One of Belle Duke's henchmen is seen with Smith & Wesson Military & Police revolver. 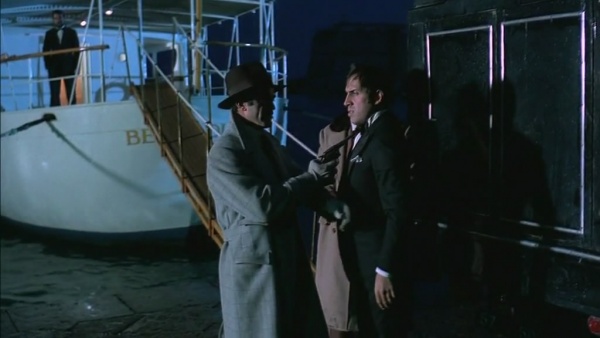 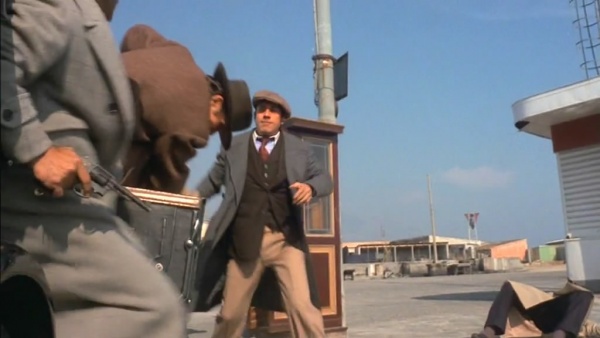 A gangster draws his revolver during the brawl in the port.

One of Belle Duke's henchmen is seen with a Steyr M1912. 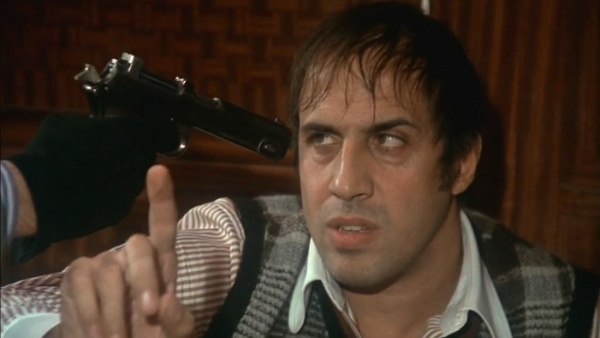 A close view of the Steyr. 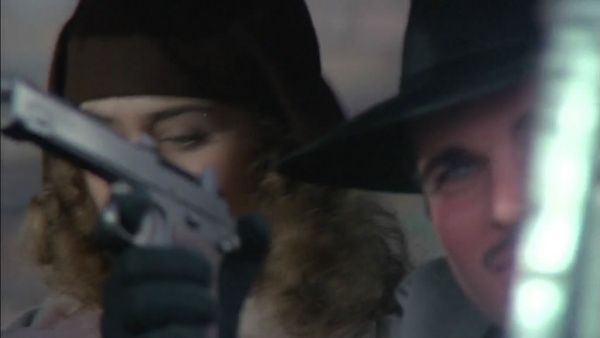 A gagnster draws his pistol. 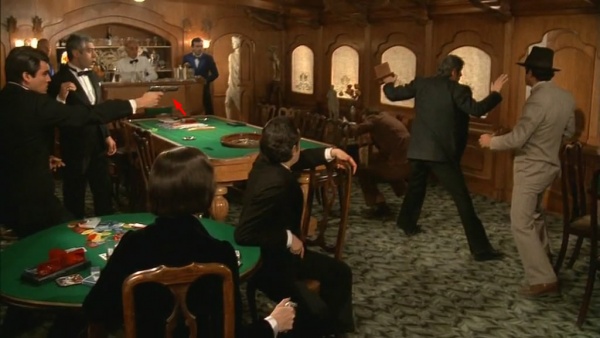 A henchman draws his pistol during the scene on the yacht. 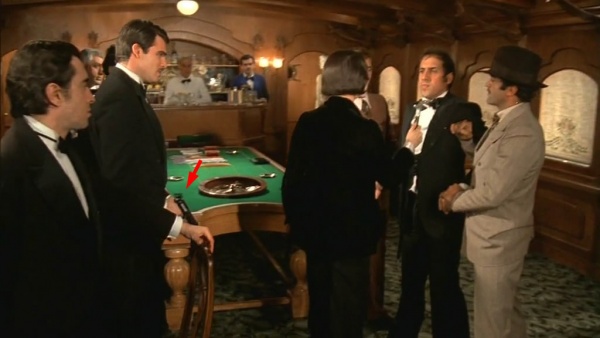 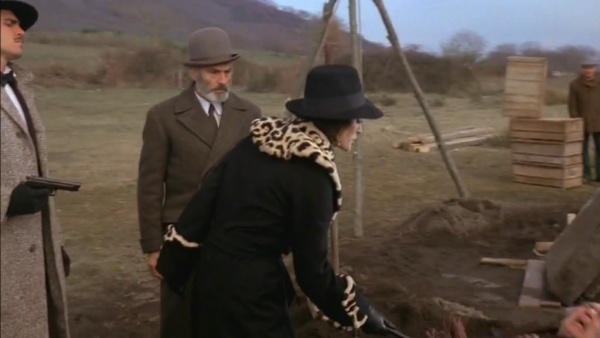 A gangster holds his pistol during the scene in swamplands. The general shape matches Beretta pistols while the size fits the M1951.

M1921 Thompson SMGs, both with and without Cutts compensators, are seen in hands of prison guards, police and gangsters. 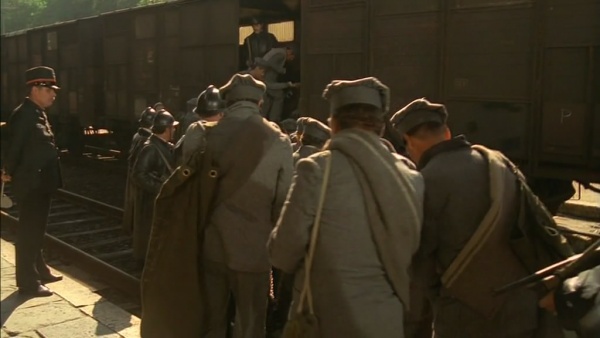 An M1921A with foregrip is seen in hands of a prison guard (at the right) in the opening scene. 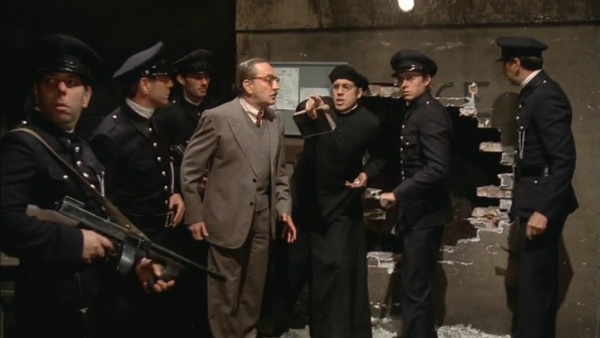 A prison guard holds an M1921 with firegrip and Cutts compensator during Bang's prison break. 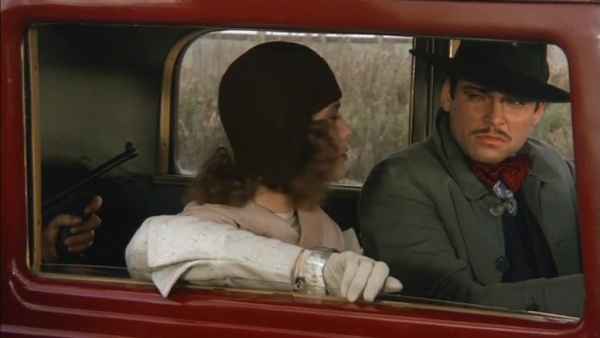 A barrel without compensator is seen behing Charlotte. 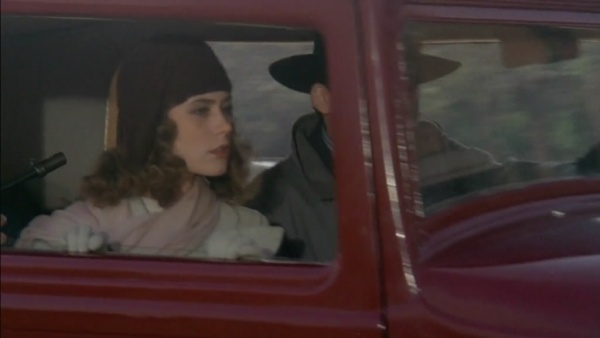 Next moment it switches to another SMG with compensator. 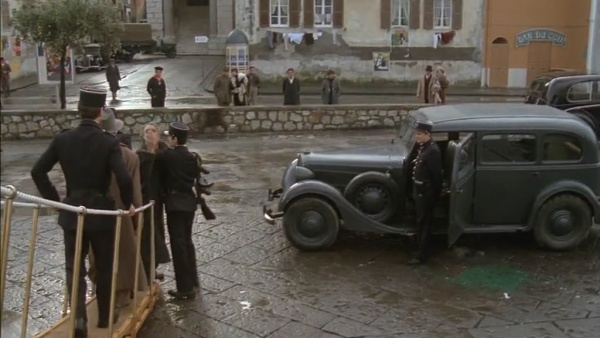 A policeman carries a Thompson with foregrip and drum magazine. 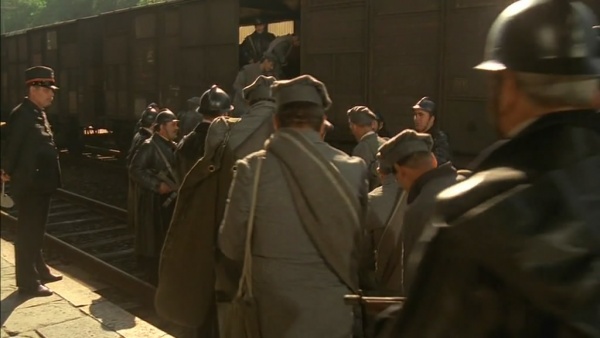 A barrel of M1928A1 is seen in hands of a prison guard (at the right) in the opening scene. 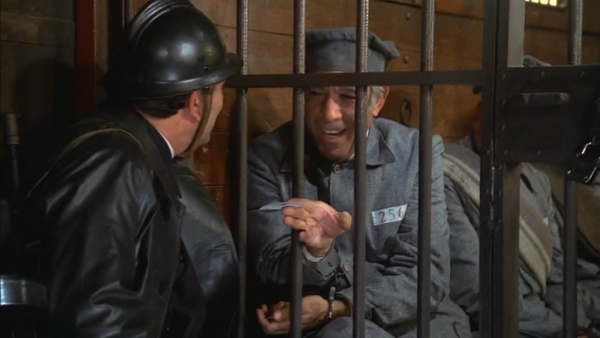 A prison guard carries a Thompson with a drum magazine.

M1A1 Thompson SMGs, identified by noted rear sight guard, are also seen in hands of prison guards. In the final scene Belle Duke herself holds an M1A1 with drum magazine. 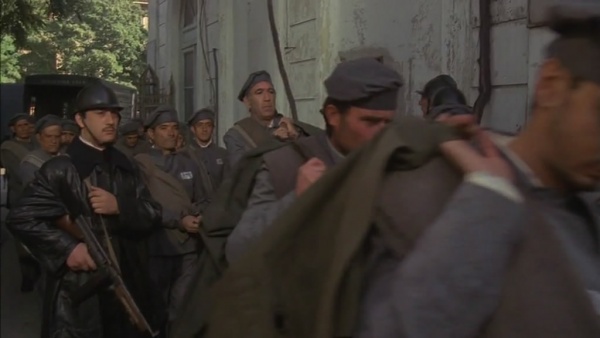 A prison guard with M1A1 in the opening scene. 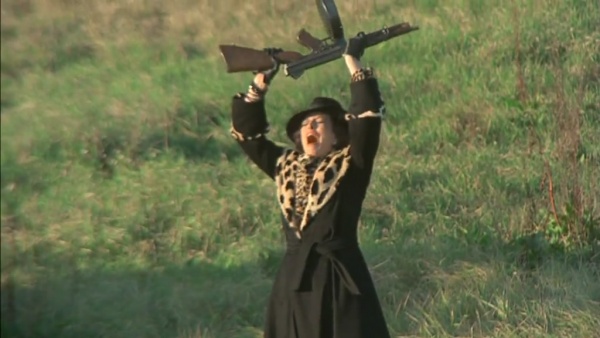 Two flintlock or caplock pistols are used as a decoration in the cabinet of the director of the prison. 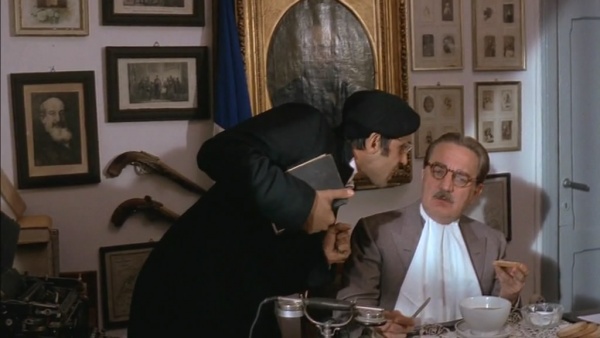