Ashes and The Stars (Popel a hvezdy), The

From Internet Movie Firearms Database - Guns in Movies, TV and Video Games
(Redirected from The Ashes and The Stars (Popel a hvezdy))
Jump to navigation Jump to search

The Ashes and The Stars (Czech: Popel a hvězdy) is a 1990 Czech two part historical drama directed by Vladimír Kavciak, set during the Thirty Years' War.

The following weapons were used in the film The Ashes and The Stars (Popel a hvezdy): 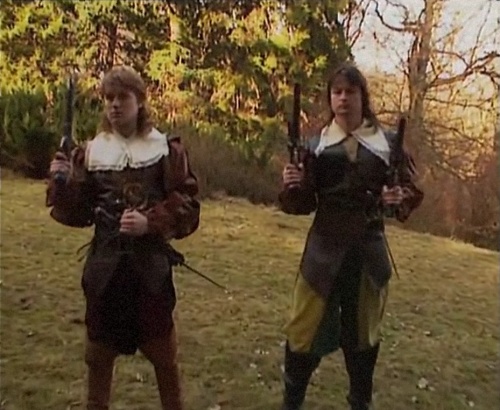 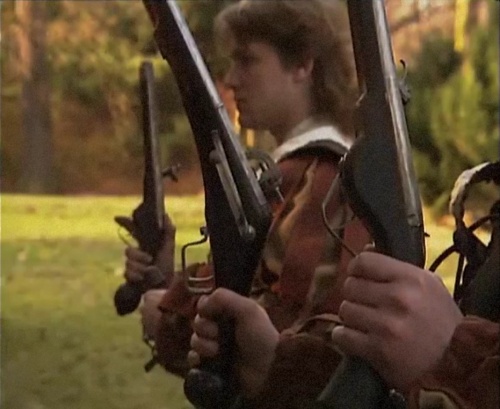 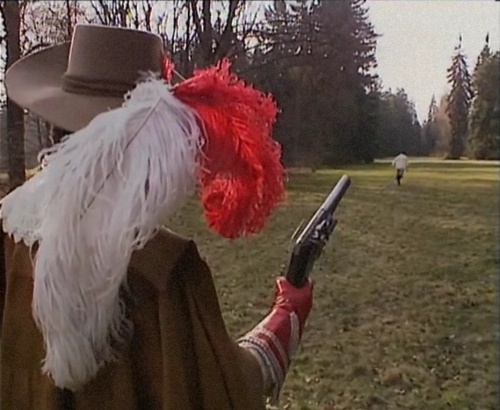 Waldstein aims the pistol, tooked from his servant... 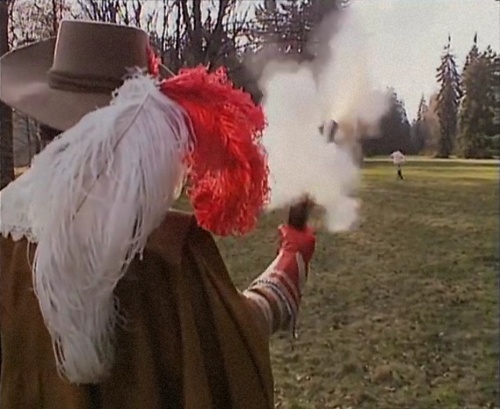 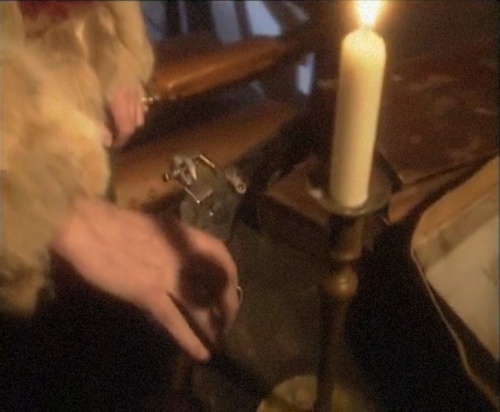 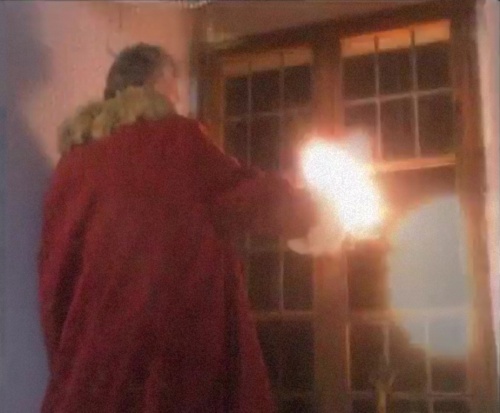 ...and fires it in the darkness. 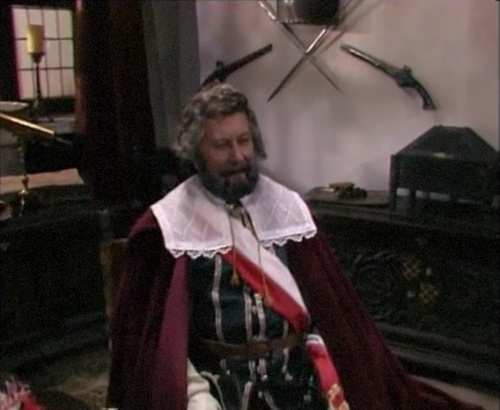 Two pistol is seen hanged on the wall swords.

Several mercenaries fires Flintlock Pistols during the Battle of Breitenfeld. 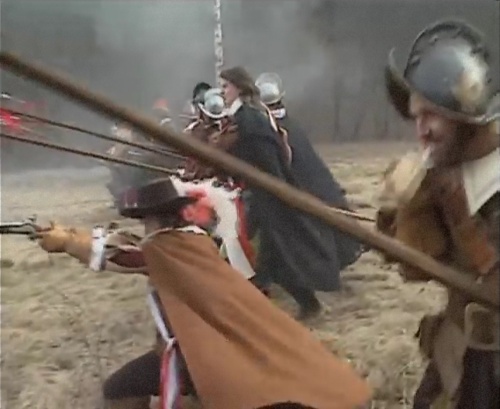 The conspirators fires Matchlock Muskets at the film climax. 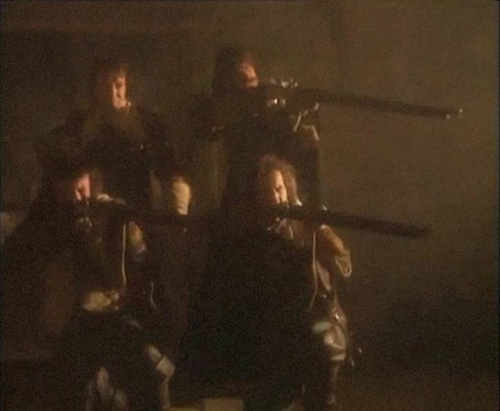 The conspirators aims their musket... 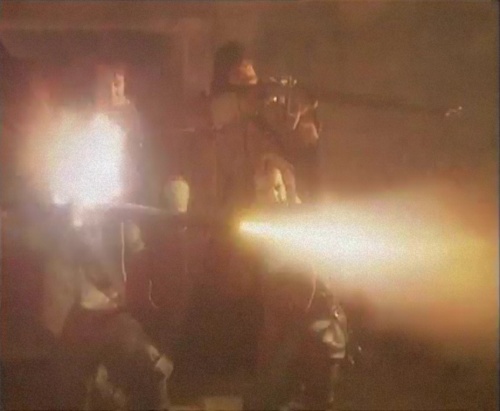 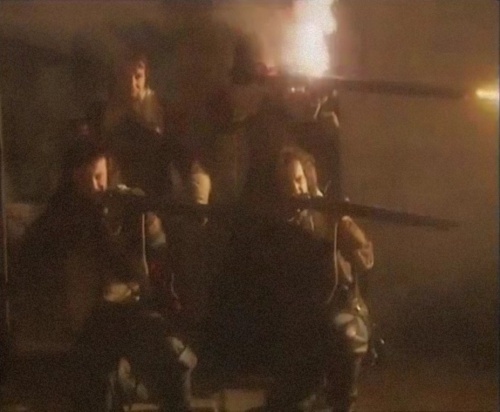 ...at the Wallenstein men.

Ferdinand III (Antonín Procházka) briefly carries an unknown musket. Althought the muzzle and ramrode is perfectly seen, any other parts had never get into the frame, so, this gun may be matchlock, whellock, flintlock or even percussion muzzleloaded rifle. 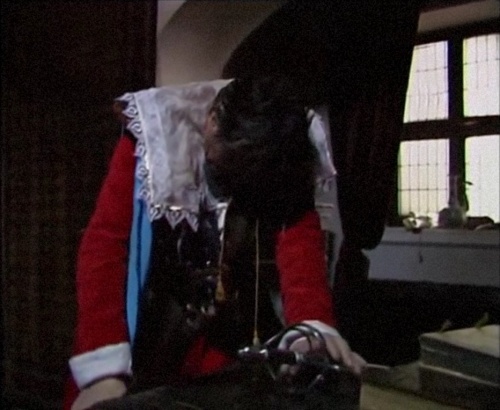 Ferdinand III puts the musket to the table. 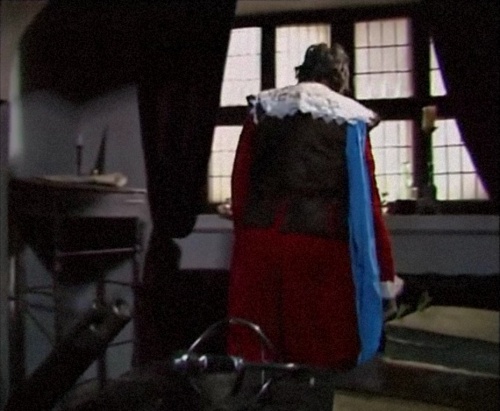 Muzzle and ramrod is seen.

An unknown long gun was fired during the Battle of Lützen. It was seen only in the heavy darkness, but, due the lack a flash from the touch hole, we can understand, that's actuly not a muzzleloaded firearm. 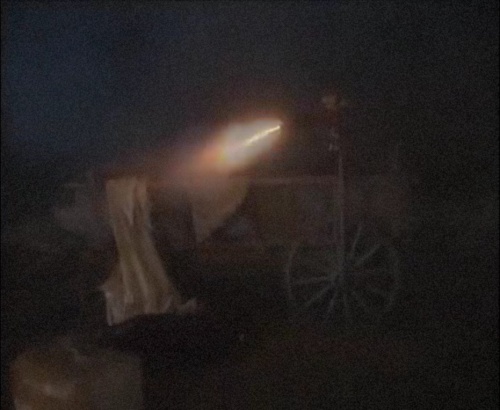 Only muzzle flash is seen.

Field Cannon was fired during the Battle of Lützen. 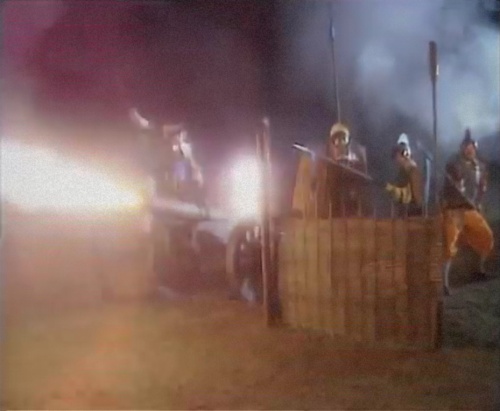