That Man from Rio (original title L'homme de Rio) is a 1964 French adventure comedy directed by Philippe de Broca and starring Jean-Paul Belmondo as Adrien Dufourquet, a young Frenchman who is involved in an adventure with three mysterious idols of an Indian tribe in Brazil.

The following weapons were used in the film That Man from Rio (L'homme de Rio):

A Walther LP-53 air pistol fitted with a barrel weight and sniper scope is used by Tupac (Milton Ribeiro) in several scenes. It shoots poisoned darts. Adrien Dufourquet (Jean-Paul Belmondo) and Agnès Villermosa (Françoise Dorléac) briefly hold this pistol but doesn't use it in action. 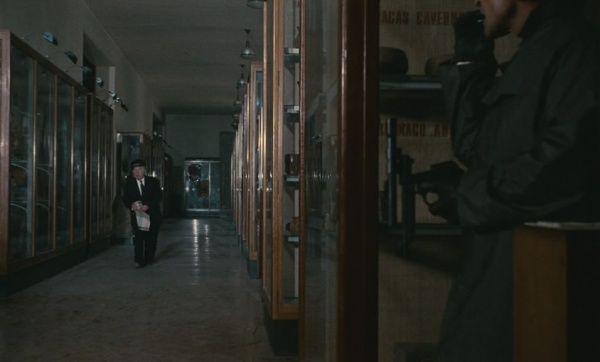 Tupac loads his pistol during the theft in Paris museum. 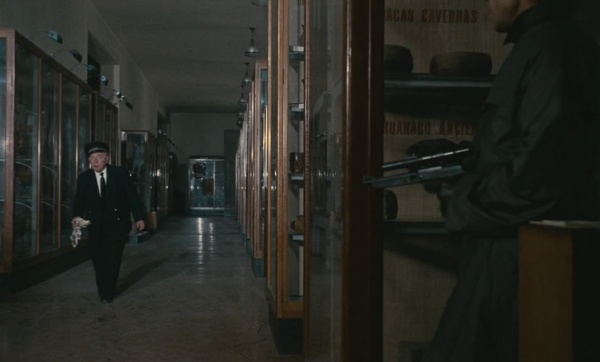 He ambushes a guard. 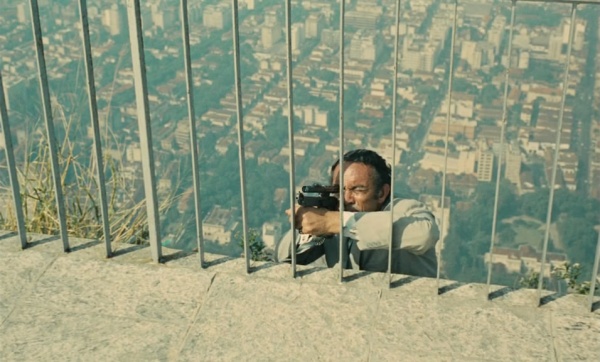 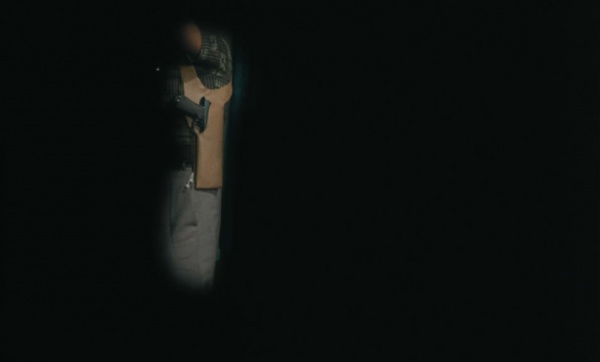 The grip of Tupac's pistol is seen through the keyhole. 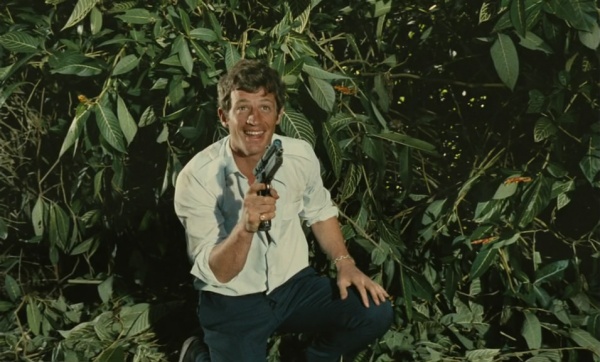 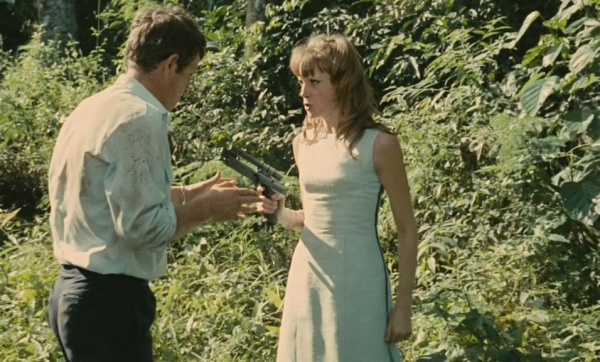 Agnès takes the pistol from Adrien. 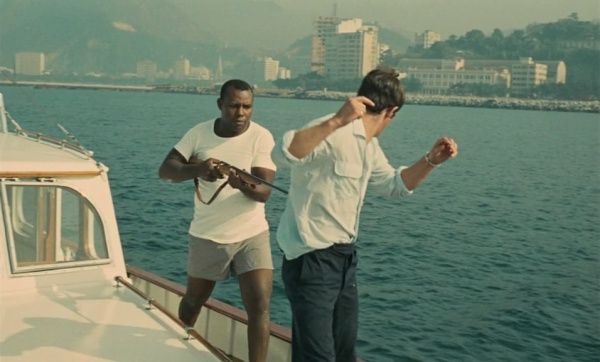 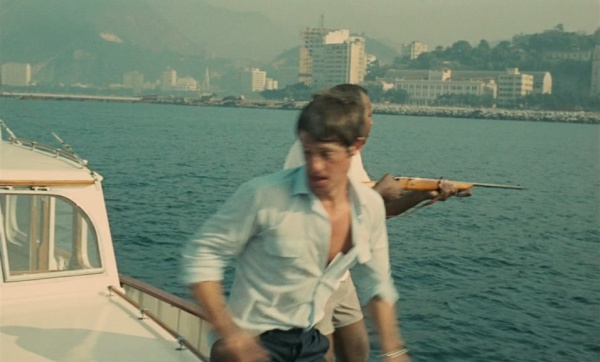 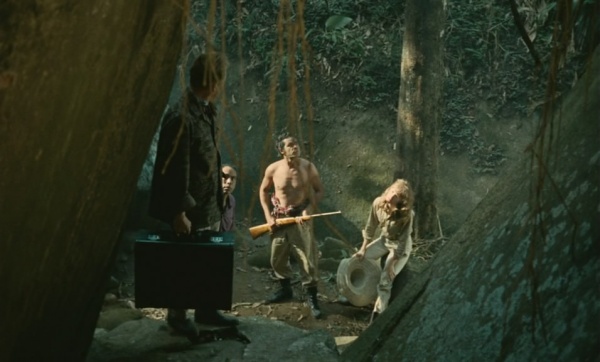 Catalan's henchman holds a rifle in the final scene. 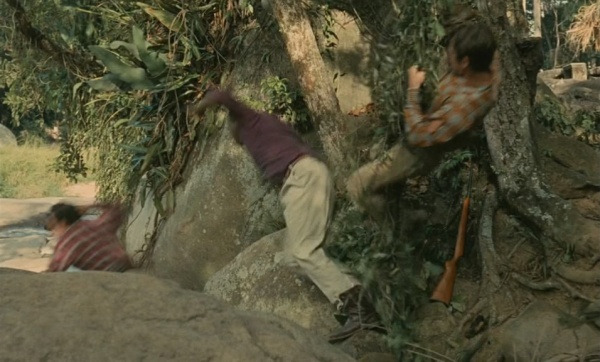 He drops the rifle during the brawl with Adrien.

A break-action pellet rifle is seen on the wall of Norbert Catalan's room on river boat. It is one of the similar looking Diana air guns: Model 25, Model 27 or Model 35. This rifle isn't used in action. 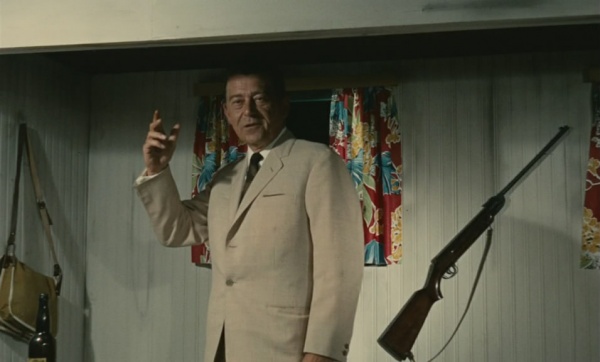 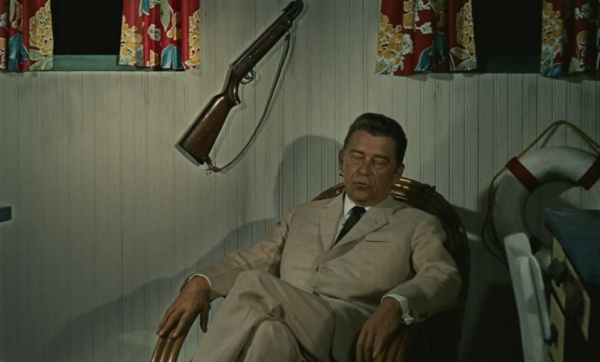 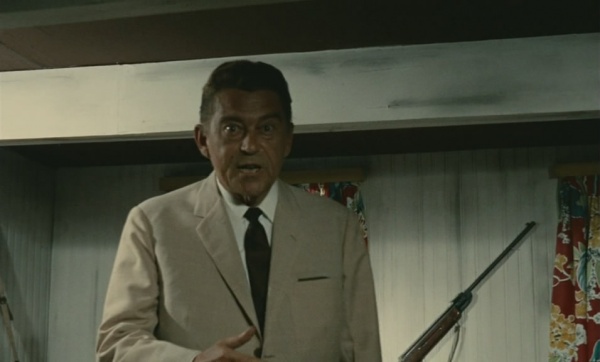