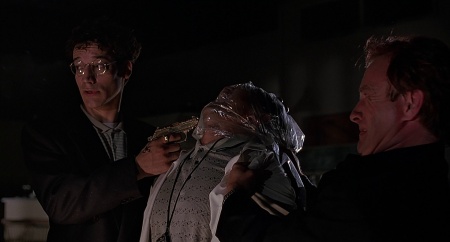 Ted Raimi (left) with a gold-plated Walther PPK in Darkman.

Ted Raimi is an American actor/director/writer who is the brother of director Sam Raimi. In addition to his numerous roles in his brother's films such as The Evil Dead trilogy, Ted also had a co-starring role in the series SeaQuest DSV and directed the 2009 film My Treat.