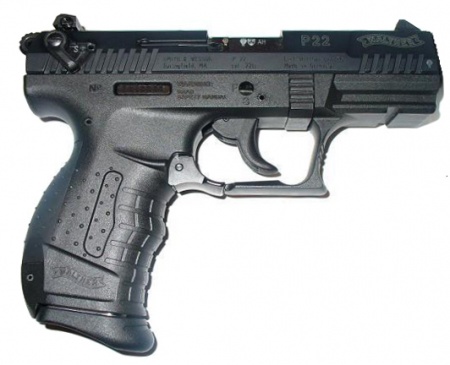 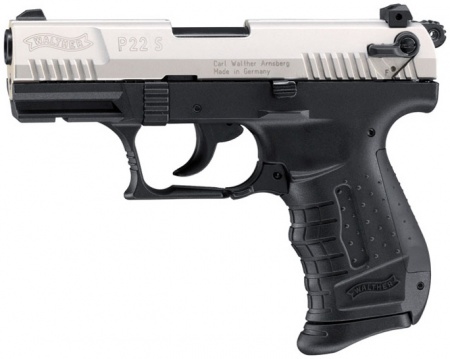 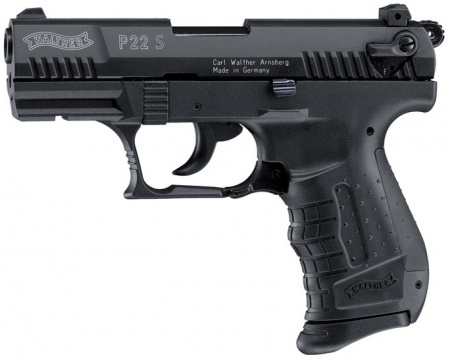 Does anyone know how many instances where a P22 is used in which it is intended to be a P99 but the film makers opted for a cheaper prop? The presence of a hammer makes it obvious that the weapon is not a P99, but the film makers may not have expected the audience to notice. I ask because in many films it has been used in instances where it seems illogical that the shooter would be using a .22.

This is a wonderful kid's gun. Inaccurate as hell w/o the barrel extension though-S&Wshooter

My buddy has one with the five inch barrel, and I've shot it a few times. The "compensator" isn't really a compensator. While the "compensator" has slots, but barrel itself is solid. It's more like a shroud, just for show. Besides, why would need a compensator for a .22? Then again, it could be just one example. Anyone care to refute or back me up on this? --Funkychinaman 01:46, 14 April 2011 (CDT)

Can't honestly say for certain. Apparently the additional weight from the extension amounts to about 3 oz give or take. I hardly ever see any with the 5" barrel though, even at gun shows. And mine is a standard black model --DeltaOne 05:29, 12 May 2012 (CDT)

It is purely a longer barrel with a weight. I think Walther used to call it the compensated model and say that the barrel weight "compensated" the recoil, but now it is just listed as the "target" model. --commando552 09:01, 12 May 2012 (CDT)