The following are screenshots from the trailer for the premiere episode that did not make it into the final cut of the episode: 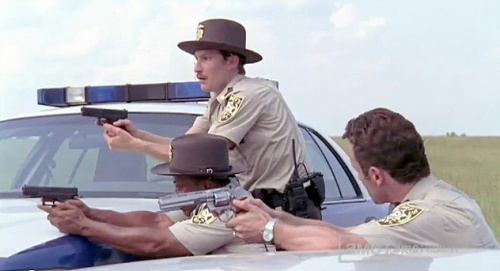 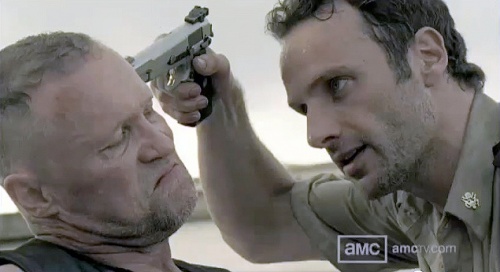 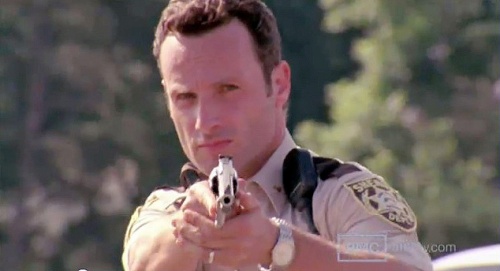 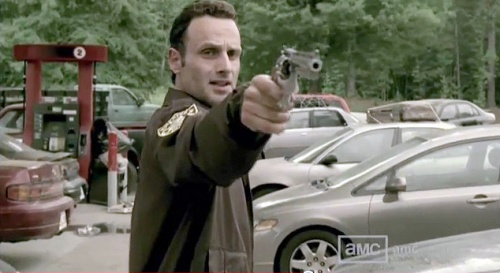 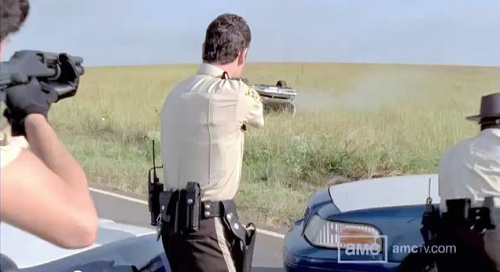 Opposite angle of the Mossberg. 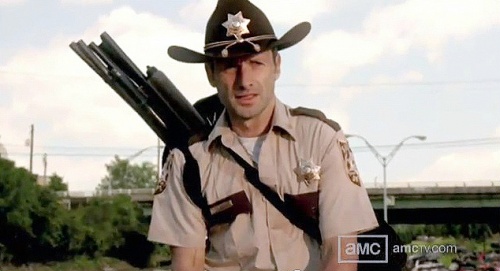 Rick carries his bag of ransacked police station guns on horseback to Atlanta in the Pilot.

The Mossberg 590 with the KNOXX SpecOps NRS stock.

Maybe I'm just not familiar with all the models available, but why do some of the Mossberg 500 shotguns appear blued with a chrome bolt while others appear matte Black like the Mossberg 590 does? 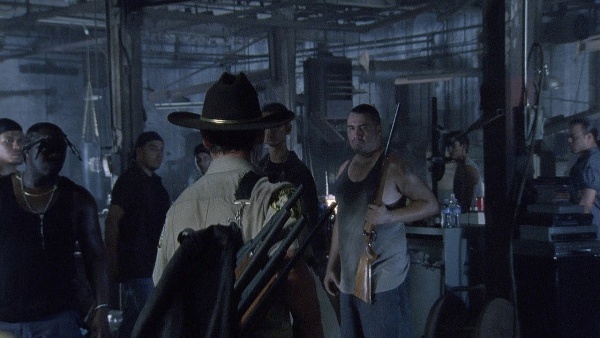 I just re-watched season 1 on an obnoxiously long train journey and noticed a couple of things. Firstly, the zombies were a hell of a lot tougher, smarter, and all around more capable in the first season. Secondly, I noticed this shotgun at the bottom of the bag in S01E04: 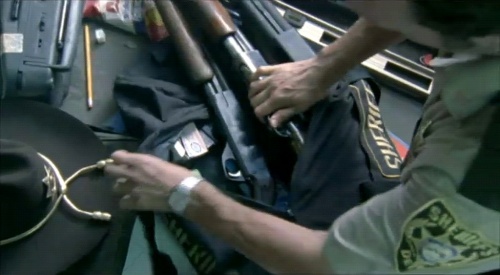 I don't know if it is seen at other points, but this was the only time I noticed it. The quality isn't great as this is just a screenshot of of my tablet, but from the shape of the trigger guard, that little divot at the bottom rear corner of the receiver, and the cutout on the left side of the receiver where the action bar goes in, my guess would be a Stevens Model 67 variant. --commando552 (talk) 16:39, 23 September 2014 (EDT)

According to The Walking Dead wiki the bag originally contained five Glock 17's, four of which were given to the vatos,the one left over was either in the bag or with Tdog until the season 2 finale.--Rpphil96 (talk) 00:36, 12 July 2015 (EDT)