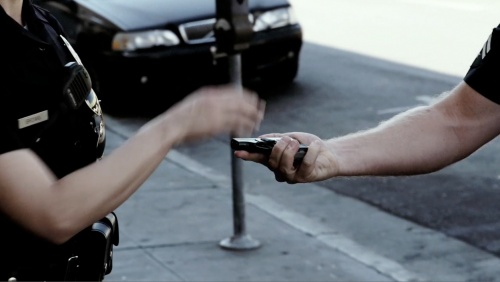 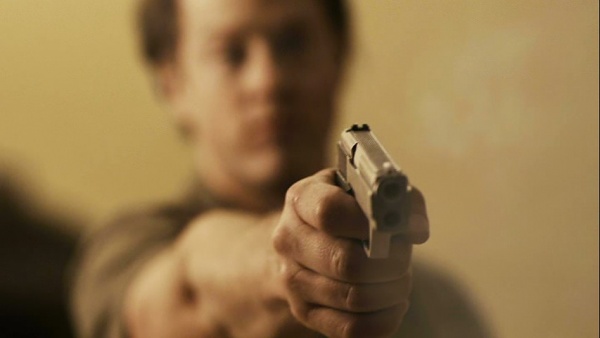 Used by one of the highway shooters in episode 8. Possibly a series 70. 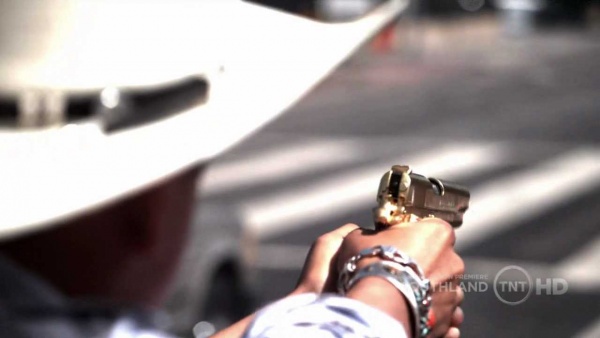 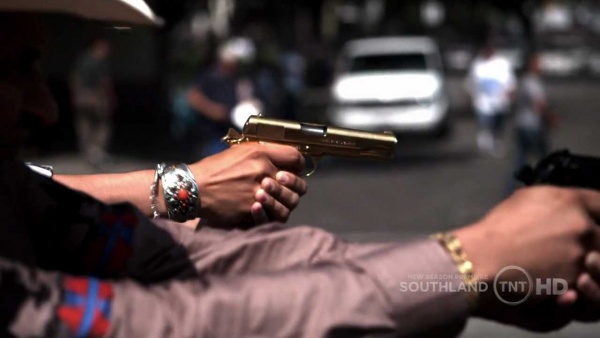 This gun was used in Episode 2 of Season 2. 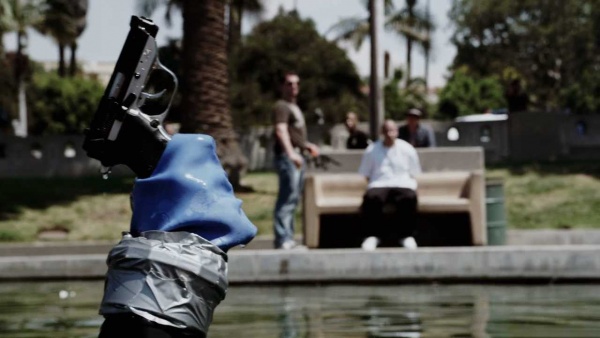 Thanks for your help.

Are the cops in this show actually using Glock 22's? The muzzles don't look bigger than that of a 9mm. And wouldn't it make more sense (since they are cops) to use the Glock 17? Every other show/film has cops with G17's, so why would the creators or the armorers have used 22's (unless the show was about FBI agents and the show was trying to be really realistic.) --Warejaws 12:25, 29 November 2010 (UTC)

In the LAPD probational officers have to carry Glock 22s until they get off probie status. That being siad, most prop houses tend to carry guns in 9mm, and well Bens gun, is definantly supposed to be a Glock 22 for plot purposes, I suspect, its a Glock 17. -AC

Wrong, if you enlarge the screen with Sherman at the Range, you can see the "22" right next to the Glock logo in front if you look closely.

The gangbangers that shoot up Janillas house in episode two have a shotgun, and a smg, but they cant be seen clearly.

In episode three when Chickie takes her gun out of a lockbox, she also takes what is presumably her backup weapon, and sticks it in one of her shirt pockets, its on screen maybe a quarter of a second.

When Cooper goes to get pill from his ex near the end of the same episode, his off-duty weapon can be seen in his waistband. While it looked like it might be a S&W it was too small to be his 5906. It also looked like it had custom grips.

The Mp5s, where A3s. Also the M4s in the raid on the auto shop, had aimpoint sights instead of ACOGs.

The highway gunmen were cartel hitmen, not gangbangers.

The part with the smith and wesson model 19 is wrong, it was a model 15 used by the father.

I went through and changed any use of "Officer Dewey" to "Officer Dudek", as that is the character's name. "Dewey" is a nickname, and should not be used in conjunction with his title.

The band robbers had AKs, and one of them killed himself with what appeared to be a Berreta.

The Sheriffs deputys that confronted Sammy and Nate had USPs I think.