How does the .38 S&W compare to the .38 Special? I know it is less powerful but not how much less. -Anonymous

In terms of the ammo commercially available today, very poorly. The only ammo I can ever find (for my Enfield No.2s, Webley .38 Mk.IV and S&W Military & Police and Pre-Victory) is Remington 148 grain lead round nose that's loaded very light. The thing about .38 S&W is it was originally introduced in 1876 for the S&W Baby Russian, and it was used in a whole series of fairly weak and cheap pocket top break revolvers. Because of that, in the US the ammo you find is loaded light because the ammo companies are worried about it being chambered in these guns. But when the British adopted it as a service round, it was originally loaded with a 200 grain "manstopper" (basically a wadcutter) bullet, and then a 178 grain conical FMJ, both loaded to higher pressure then current ammo. I still wouldn't say it was as potent as a .38 Special, but definately better than current commercial loads. Nyles

I have read that some of the older model .38 S&W revolvers will allow the loading of a .38 Special round, but because .38 Special has a much higher pressure, firing it would be detrimental to both the firearm and the shooter. 38 S&W cannot be loaded into a weapon chambered for 38 Special because the S&W round has a larger case diameter. --Ruzhyo 01:43, 6 December 2010 (UTC) 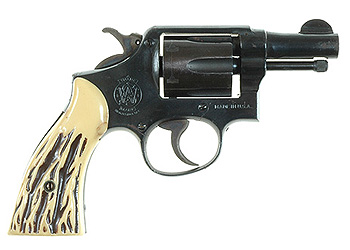 38-200 "Victory" model. Converted post-WWII to snubnose configuration.Work was not done by Smith & Wesson. 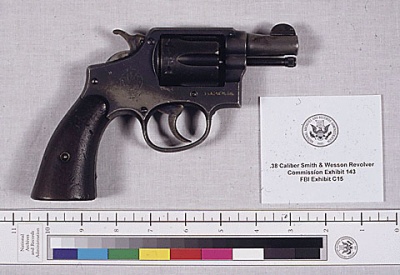