In the episode "Payback" (Series 1, Episode 6) there is a bank robbery which gets a german police response, and I am having difficulties with a couple of the sniper rifles used.

The first one is seen twice, once with a red dot sight and again with a telescopic sight. The quality of my caps is not great as they come from a TVRIP as there is no DVD available, but from the straight layout looks like it is a bullpup of some sort. It might just be a regular rifle in a bullpup stock, but not sure. 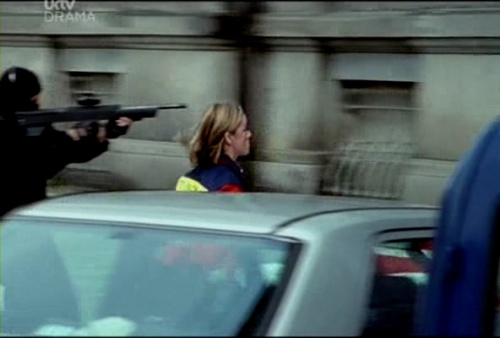 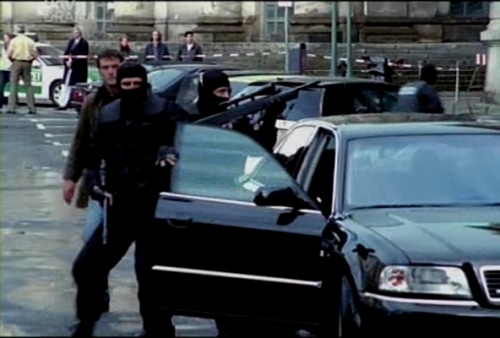 Second one is more of a mystery. At first I thought it was a sniper rifles dressed up to look like a WA2000, but then when I watched it again for capping, realised it looked nothing like a WA2000, and looks like it is actually a production rifle in itself. It appears to have some sort of tube above the barrel which I'm guessing is a recoil buffer of some sort as it is bolt action, and this looks like it continues all the way back to the butt, which is also pretty odd looking. To add to the wierdness, the scope is mounted on some kind of bracket, that offsets it to the left side of the rifle, which is needed due to the odd tube abover the barrel. 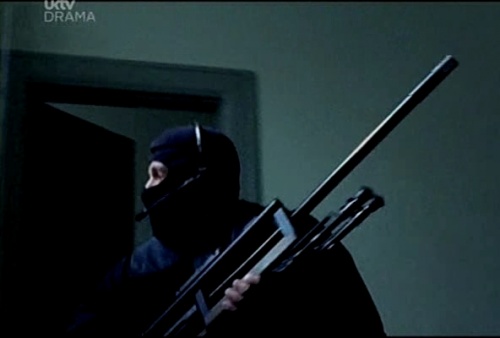 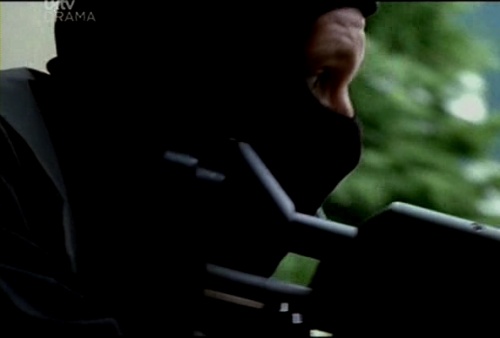 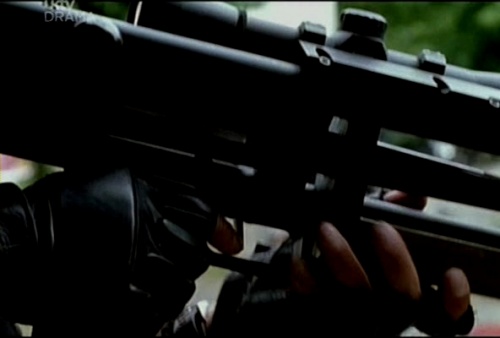 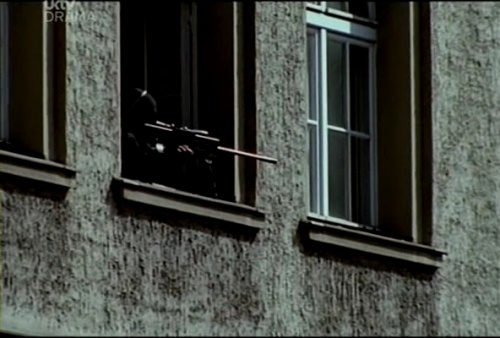 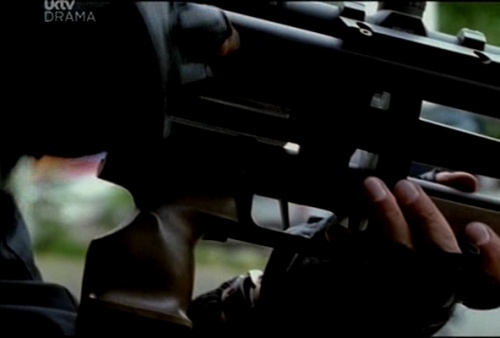 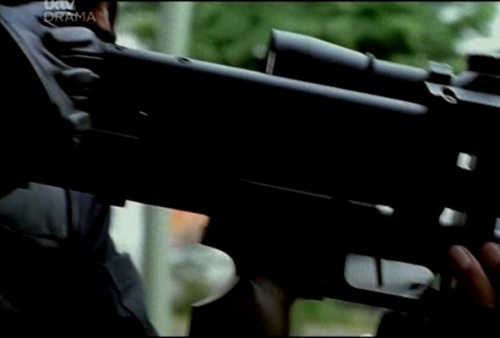 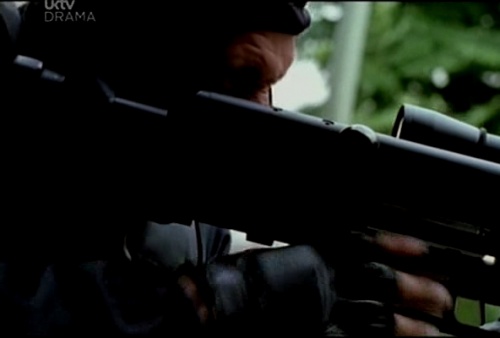 I found it odd that there was these 2 such esoteric weapons in the same show, when for the most part they are quite conservative and true to life with the weapons that are used. Any help ID'ing these would be greatly appreciated. --commando552 12:12, 20 January 2011 (UTC)

The last one looks similar to the one used in The Bourne Supremacy, which is provisionally being said to be a Keppeler & Fritz KS II Precision, but no one seems quite certain that that really is what it is. Can't say I'd ever heard of it until I read that page. Jimmoy 19:53, 21 January 2011 (UTC)

Thanks. think you might be right. Dismissed the idea originally as it is definitely a different rifle to the Bourne one, but then when looking at link http://www.bullpup.de/repetier/ks2 from that page, there are definitely similarities, such as the general shape and side mounted scope. Although it looks like the bolt handle is in the wrong place, I think it might just be that the actor hasn't locked it down. It even has the little curved bit of wood under the butt that is in another screen cap I didn't post. This implies to me though that this isn't the Bourne rifle, as they have some fundamental differences, but that is someone else's problem
Also, on the same website I randomly found the other gun, which is called a Griffrepetierer (http://www.bullpup.de/repetier/shorty/). I believe that the one used is the "Sportversion" , that uses black plastic furniture. I wish I could find more information about it, apparently it is pump action and chambered up to .300 Win Mag. Somehow, the back of the magazine and ejection port are only about an inch from the butt, so god knows what it looks like inside. If anyone understands German, here is an article about it: http://www.patricks-home.de/bullpup/so.html --commando552 00:15, 22 January 2011 (UTC)