Among the weaponry found in the bag dropped by the chopper is a very cool looking Compound Bow, which McStarley (Vinnie Jones) takes for his own use before running out of arrows near the end of the film.

The Bow is a Hoyt PRO Elite Compound bow 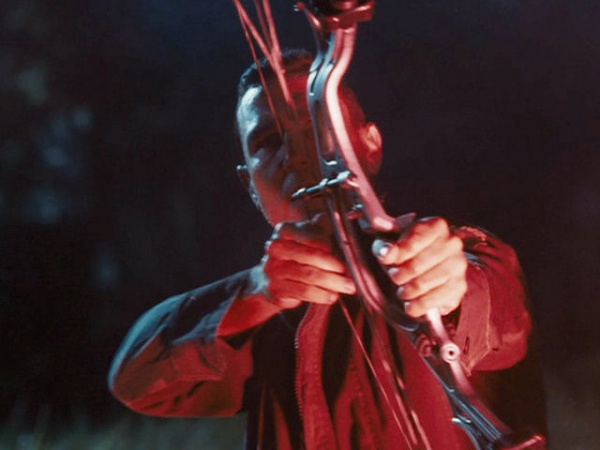 McStarley gets the feel for the pull weight on the compound bow. 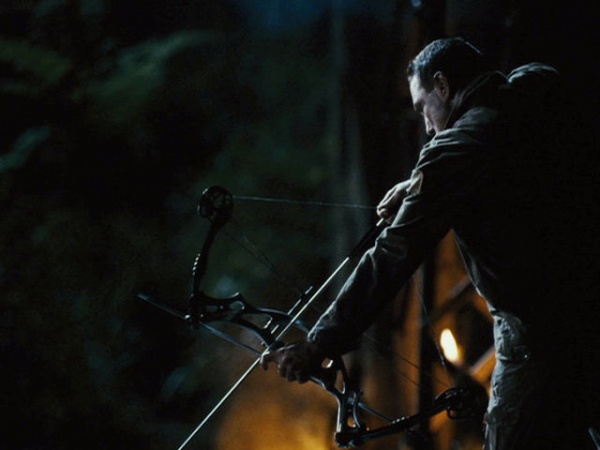 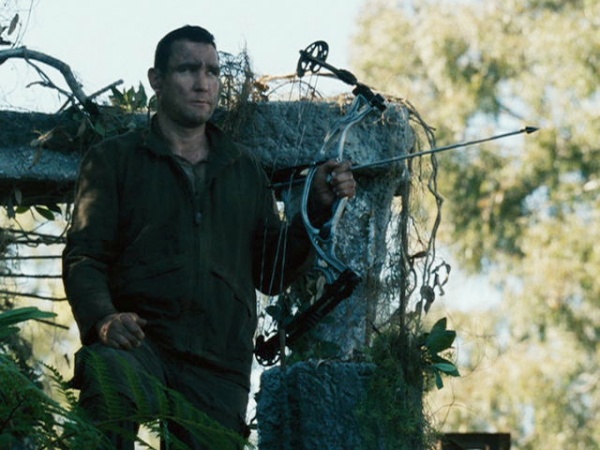 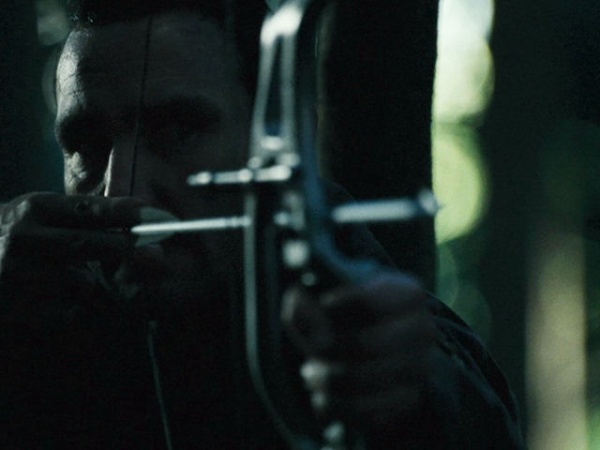