I begin to doubt about this pistol: 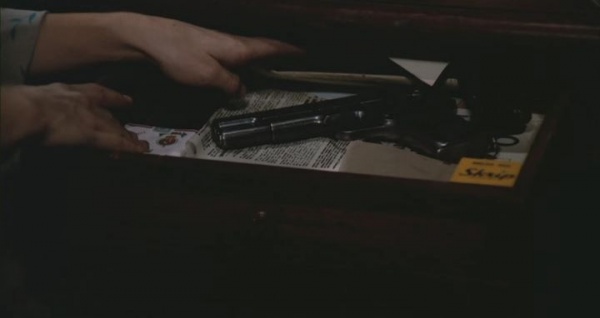 At first I identified it as M1911 but now I begin to think that it looks more like a Hi-Power. There isn't any other view of this gun. In the final scene Frank Jackson holds this pistol but it is seen very briefly. Greg-Z (talk) 13:37, 5 July 2016 (EDT)

Well, it's reasonable. The angle of the grip also resembles a TT. In historical terms it's nonsence as Jackson (Ramon Mercader) posed as an individual that has nothing in common with USSR and so he couldn't carry Soviet pistol, but the moviemakers hardly take this aspect into accout and can use just any handgun. Greg-Z (talk) 12:48, 6 July 2016 (EDT)

^ Fair point, that said, on a second glance, I agree that the grip seems a bit lean for a double-stack (it didn't before, but that was before). As for a TT-33, a decent guess but comparing images the slide seems a bit short while the frame seems a bit long (At least on the standard variant). The trigger guard doesn't look quite right either. StanTheMan (talk) 18:01, 6 July 2016 (EDT)

I too think this is a Hi-Power. The glint at the mid-point of the trigger guard suggests a trigger that matches that of a HP and not a 1911. The angle and light here make it difficult to tell but I think there's also the distinctive narrowing step-down at the front of the slide, again indicative of a Hi-Power. StanTheMan (talk) 14:37, 5 July 2016 (EDT) 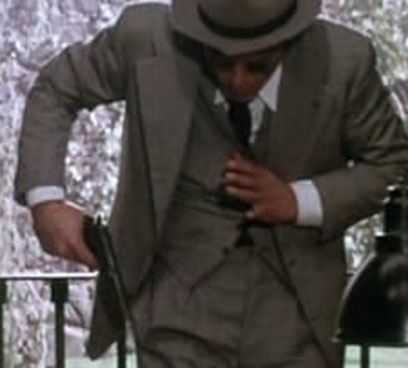