You need to de-interlace your video shots

Also you want to present a letterbox format, you can crop excess image from the top and bottom like thus. 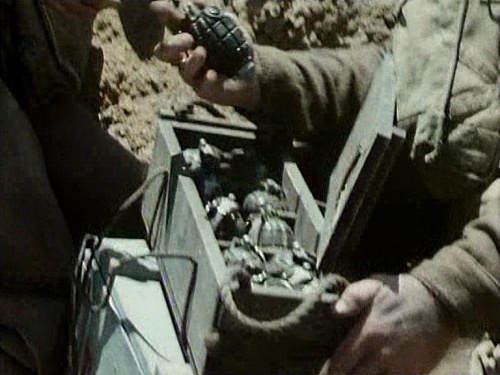 Your original shot is interlaced. You need to select the de-interlace button on your photo editing software, this removes the lines and digital blurring. 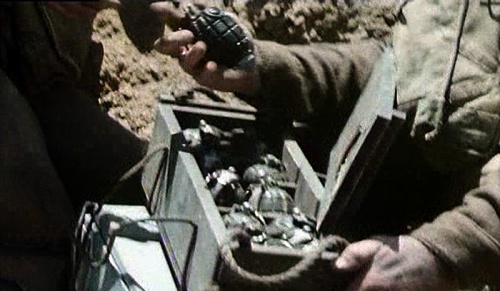 My fixed version of your pic. I also cropped the bottom up and reset the aspect ratio so that it is not squashed.

Is this the first "REAL" historically accurate series?

I think ANZACS was the one of, if not THE, first series to make sure that weapons, uniforms, equipment, vehicles, and historical references were as close to historically accurate as possible. The unit and personnel were fictional, or amalgams of real people and units for the sake of the story, but the rest was done as accurately as possible.

For now with Band Of Bothers and The Pacific we take this for granted but for a 1980s mini-series this shows a lot of care in the production. Watch the making of documentary after the series.

With earlier movies and series, serious liberties were taken with history and equipment for the story, or very obvious replacements used because of a lack of historically accurate material (Hogan's Heroes for example). The only stand-ins used in ANZACS were German Mausers used by the Turks (close enough for most viewers) and the Mk IV tank is a replica (but a very good external replica).

And if possible, watch the full miniseries (10+ hours!) than the movie-length version. There are far worse ways to spend ANZAC day (April 25). And once you start watching you'll find it impossible to stop. Wraith