I wonder why the producers decided to change Jack's weapon from a Sig to an H&K.

Probably because, he was so amazed after experiencing one, after he got tortured in Season 2. He also used two of them when he thought his daughter was killed near the Season 1 finale. It seems the SIG silver slide was attracting to much attention for a genuine federal agent.

The lack of explanation for the change always bugged me. Both are excellent pistols, but I wish they would have made mention of the reasons behind the switch.

I figured that it was because he lost his P228 towards the end of season 2. Although I would have been interested why he chose to switch to the USP compact. I would have liked another SIG but I prefer SIG over HK pistols. --cool-breeze 15:37, 7 June 2011 (CDT) 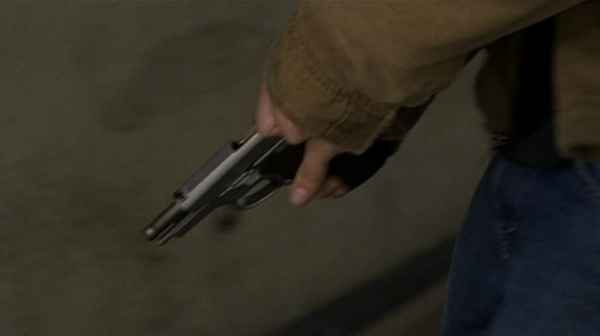 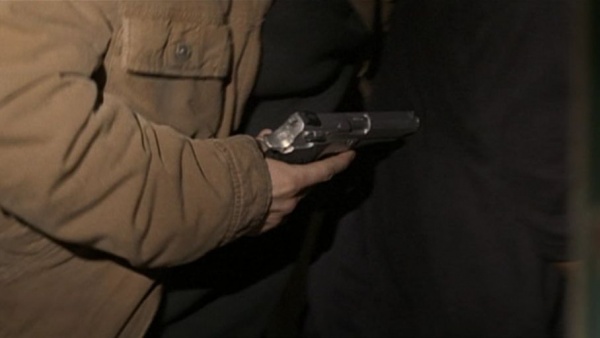 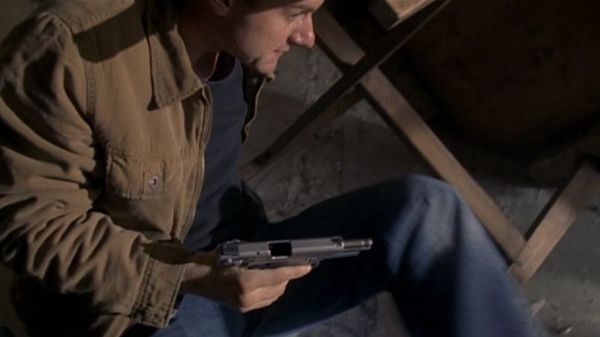 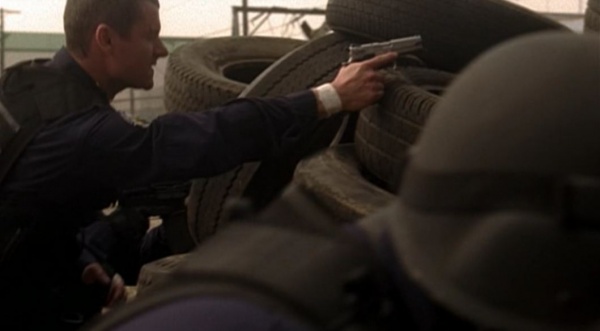 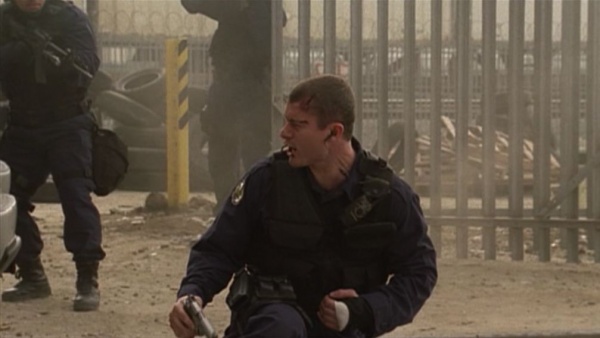 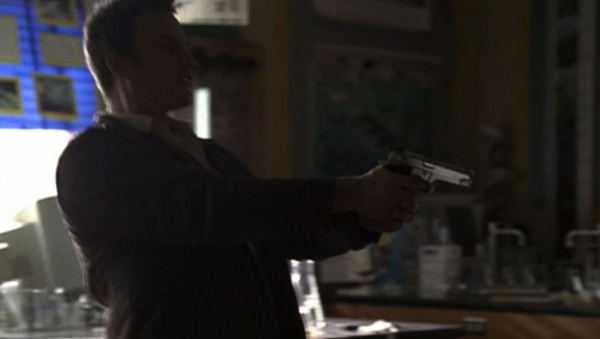 Arthur Rabens tries to shoot Chase with his 4006, but is killed by Jack Bauer. 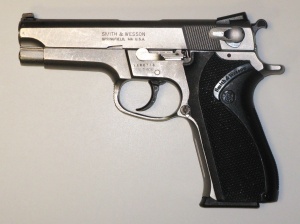 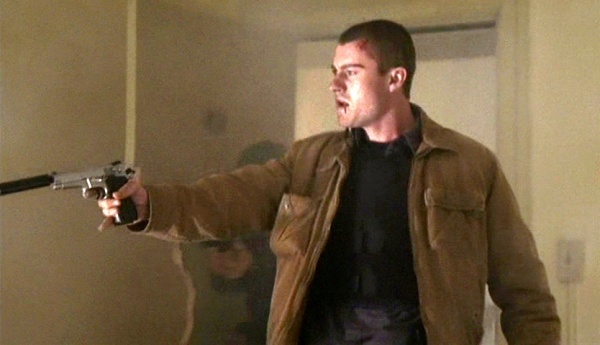 Note the black hammer and Novak sights, just like on Sarah's 5906.

Iver Johsnon TP.22 not a Walther PPK in the Security Chief desk

I own an Iver Johnson TP.22. If you look closely at the screen shot of the pistol that is listed as a PPK in the security chief's desk you'll note two things:

1). The dimensions of the weapon and barrel circumference make it too small to be a .380 Cal.

2). More telling is the fact that it says "TP 22 USA" in white lettering along the slide right past the ejection port.

As I said, I own an IJ TP .22 and literally put the weapon up to the screen next to the screen shot and it is an exact match on the lettering. Therefore, I'm 99.9% sure this is an Iver Johnson TP .22 and not a Walther PPK.

In Episode 24 where Gaels widow finds a gun in his desk i think its a Glock compact most likely Glock 19 interestingly when she fires it once the next shot shows two bullet wounds i know its not the raven any help ?--Blueboy1600 (talk) 20:13, 20 September 2012 (EDT)

Just watching it now and I think it was some sort of custom build. Maybe the same one that Dennis Haysbert uses in the pilot of The Unit. It looks like a standard Government model with Novak sights installed and a flared magwell. --cool-breeze (talk) 14:59, 4 April 2022 (EDT)

When Jack is challenged to shoot Chase with the PPK, it seems like the PPK's loaded chamber indicator would have taken the suspense out of the moment for Jack (who would surely know about the indicator).