Sweeney! is a 1977 British crime movie, a spin-off from The Sweeney TV series (1975-1978). The film is directed by David Wickes and starring John Thaw as Detective Inspector Jack Regan and Dennis Waterman as Detective Sergeant George Carter, the detectives of the Flying Squad (nicknamed 'Sweeney'), a branch of the London's Metropolitan Police Service with the main purpose to response armed crimes. The investigation of a supposed suicide case that Regan starts as a personal favor to his friend leads him to a political plot.

The following weapons were used in the film Sweeney!: 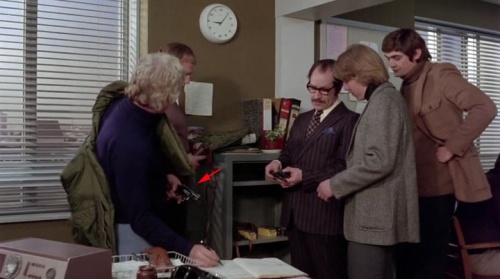 A revolver is seen in hands of an unnamed officer at the left when the Squad officers receive guns before the operation. 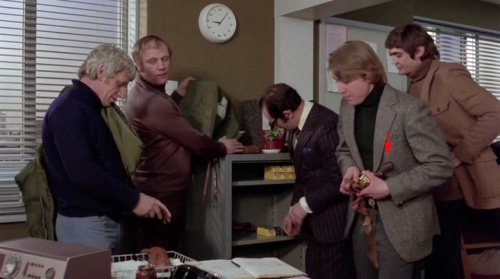 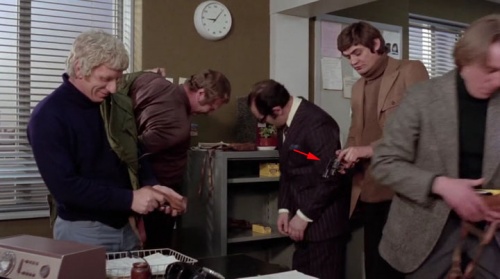 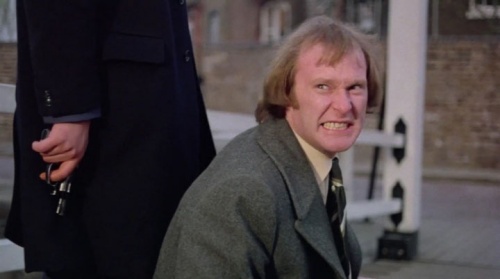 One of the Squad officers (at the left) holds a revolver in the final scene.

Johnson's henchman (Antony Scott) uses a MAC-10 to kill Ronnie Brent and his men. He describes the gun as "American Ingram, a thousand 9 mm rounds per minute". The MAC-10 is fitted with a mockup sound suppressor (the sound of gunfire is loud) and jungle-taped magazines. Same gun is used by Johnson (Michael Coles) in two attempts on Regan and Bianca Hamilton. 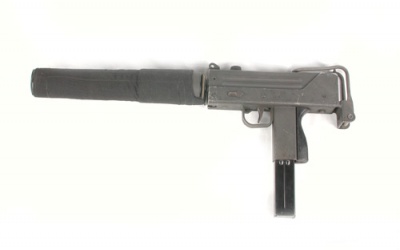 MAC-10 used by John Wayne in the film McQ- chambered in 9x19mm Parabellum. Suppressor is not the original. Image supplied by Long Mountain Outfitters. 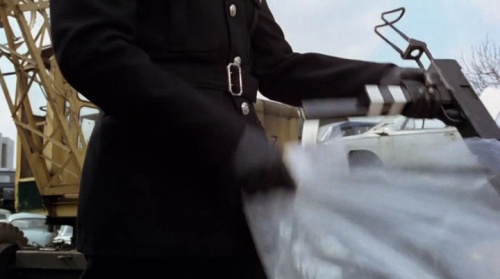 Johnson's henchman, disguised as a police constable, unwraps the submachine gun. The folding stock is seen. 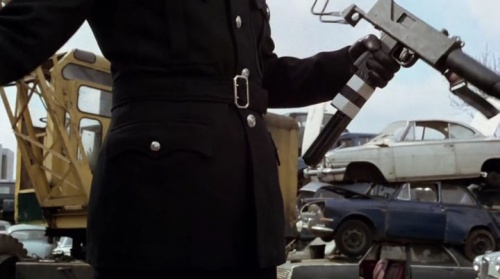 A good view of jungle-taped magazines. 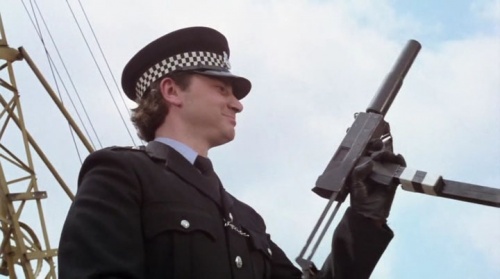 The henchman extends the stock. 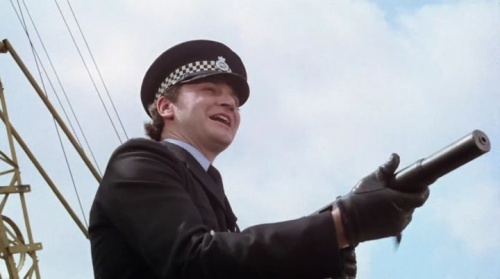 He fires at Brent. 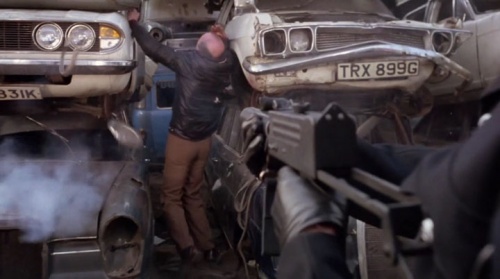 Another view of the firing MAC-10. 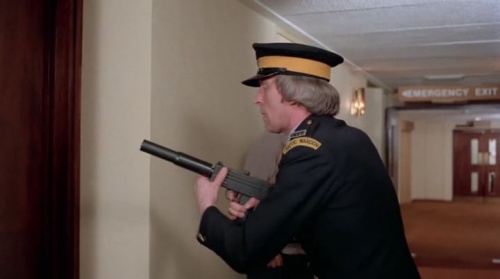 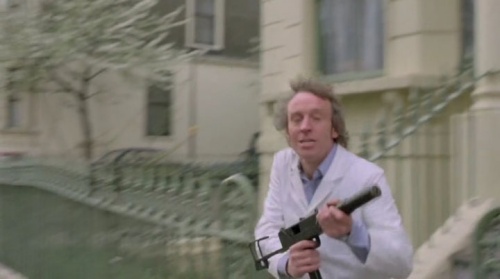 Johnson, now under disguise of a paramedic, holds the MAC-10 during the ambush at Carter's house. 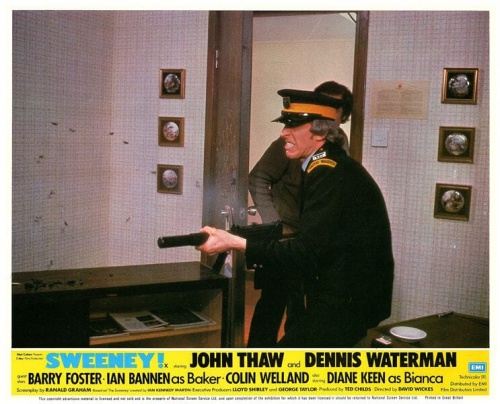 Johnson (Michael Coles) fires the MAC-10 on a lobby card.

During the chase after Regan and Bianca Hamilton, Johnson (Michael Coles) fires a SIG SG 510-1 rifle when he is in the car, instead on the MAC-10 that he holds when on foot. This is not nessessary a continuity error, as the rifle could be stored in Johnson's car. Johnson also fires the SG 510-1 in the final scene. 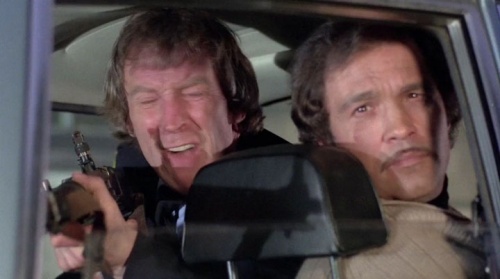 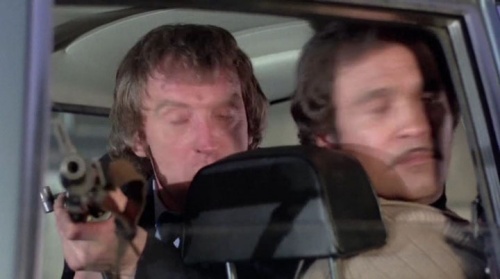 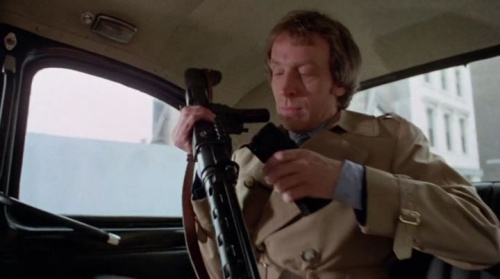 Johnson loads the SG 510 in the final scene. 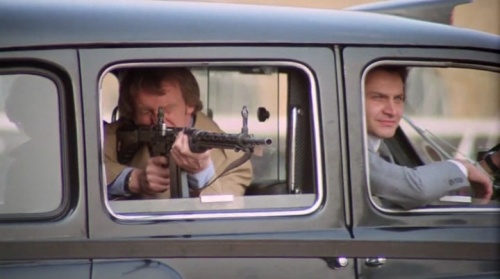 He fires from his car. 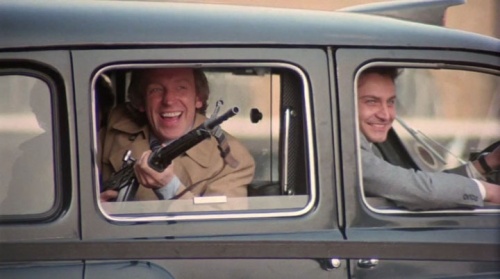 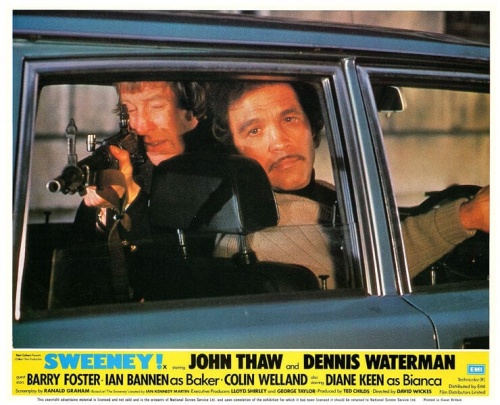 Johnson aims the SG 510 on a lobby card.
Retrieved from "https://www.imfdb.org/index.php?title=Sweeney!&oldid=1405345"
Categories: