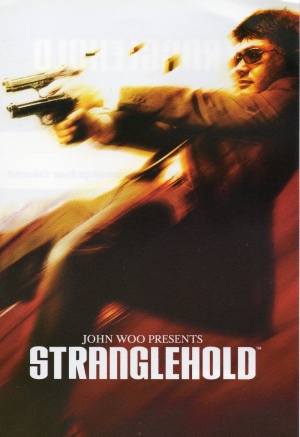 Stranglehold is a 2007 third person shooter that is a continuation of the story of Inspector "Tequila" Yuen, the cop featured in the 1992 John Woo action film Hard Boiled. The videogame was developed in collaboration with both John Woo and actor Chow Yun-Fat.

The following weapons appear in the video game Stranglehold:

Insp. Tequila dual-wields two stainless Beretta 92FS Inox pistols throughout the game. Several enemies use them as well. Sadly, the slides do not move back when fired, which is very noticeable when the game employs such frequent slow motion effects. 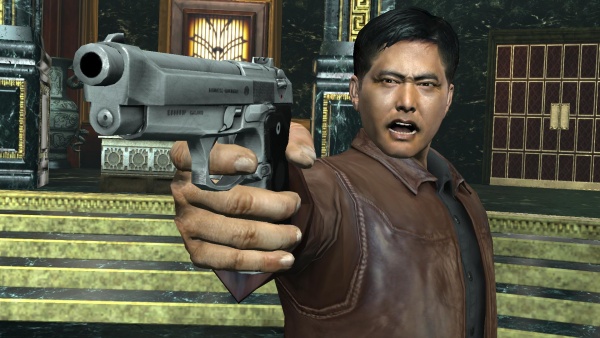 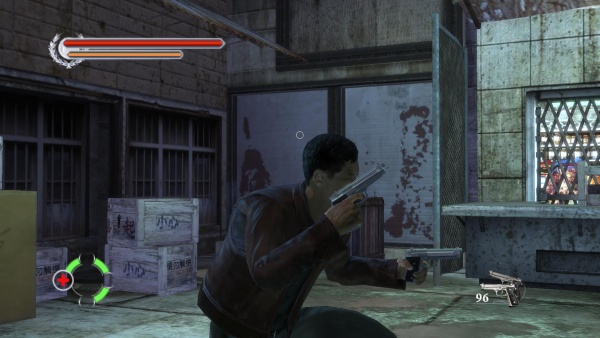 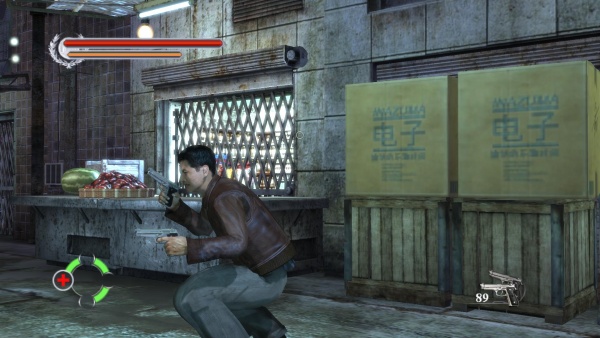 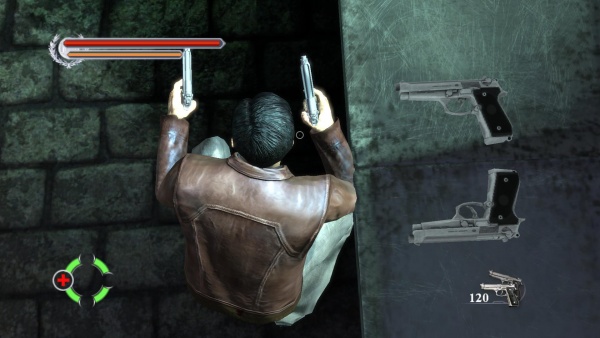 Two gold-plated .50 AE Desert Eagle Mark XIX pistols may be picked up and used by Insp. Tequila in the game. They are powerful but have very limited capacity. A Desert Eagle can be seen in the hands of one of the Russian mobsters during the scene where Billie and Teko are kidnapped. Ty Lok, one of the bosses Tequila faces in the game, uses a black Desert Eagle to execute a Hong Kong cop during one of the first cutscenes. In the penultimate cutscene of the game, Dapang holds Teko hostage with another black Desert Eagle. The game manual says that the Desert Eagle is chambered in .44 Magnum. 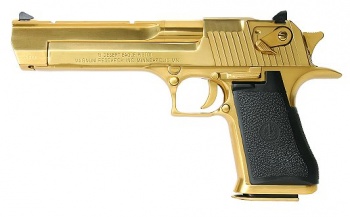 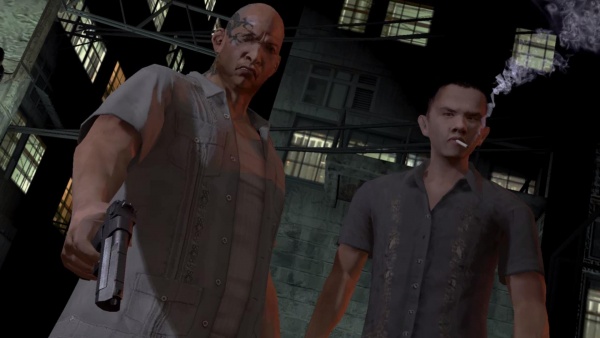 Ty Lok with his Desert Eagle, about to execute a Hong Kong cop. Note scope rails seen only on the latest Mark XIX models. 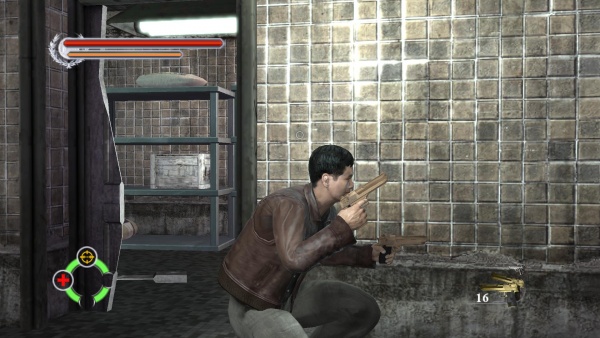 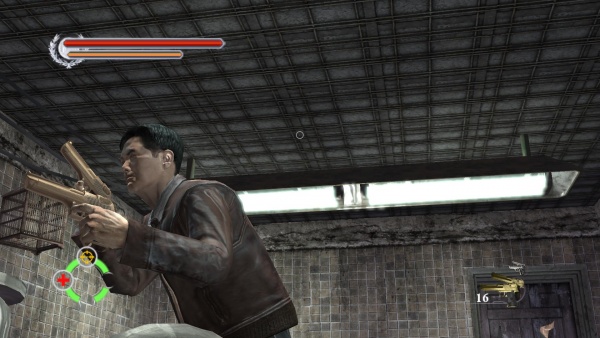 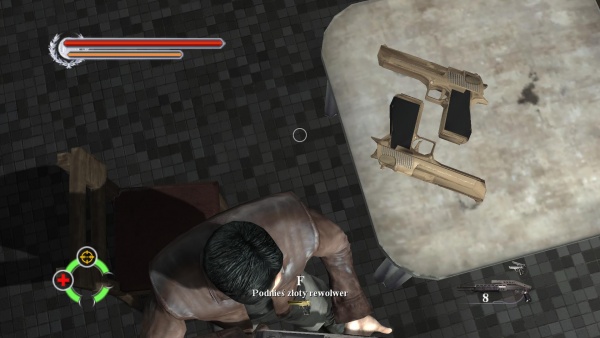 One of Yung Gi's guards carries a black Beretta 93R when Tequila confronts him. The player can not collect or use the 93R. 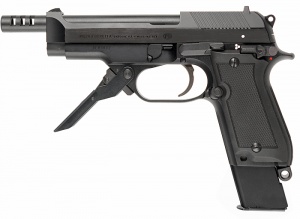 A pair of Glock 19s, or similar compact Glock sidearms are carried by Yung Gi when Tequila confronts him. They can not be used by the player.

Insp. Tequila wields two Heckler & Koch MP5K's in-game. They are also used by various enemies throughout the game. They are deadly at close range, but lack accuracy at long range. 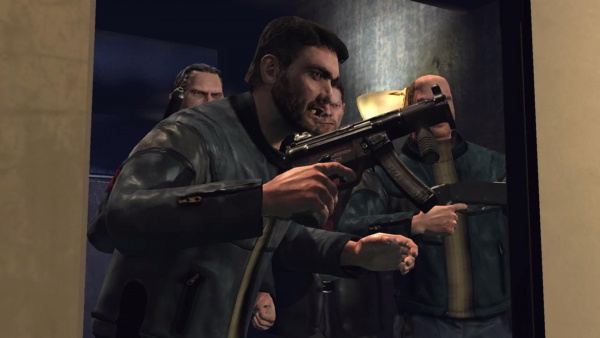 A Heckler & Koch MP5K in Stranglehold 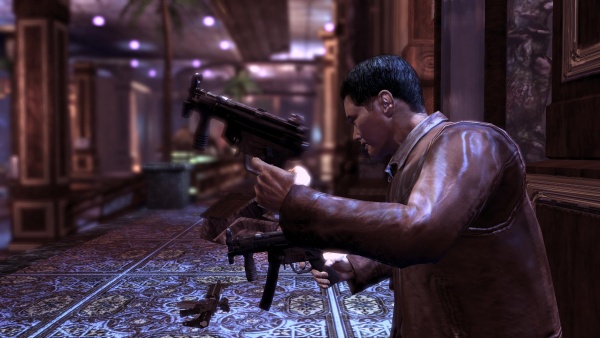 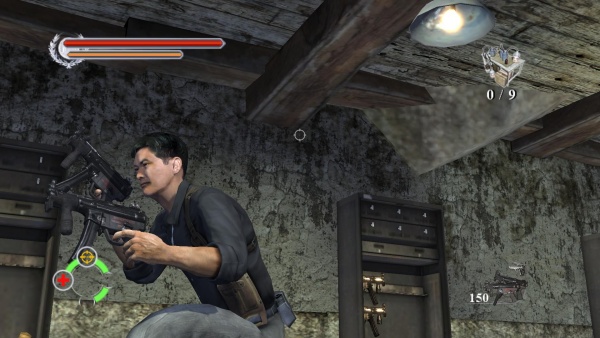 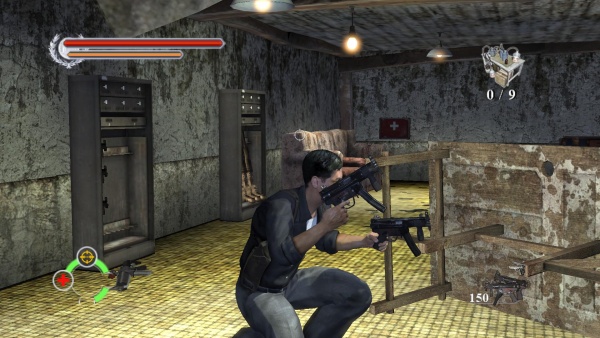 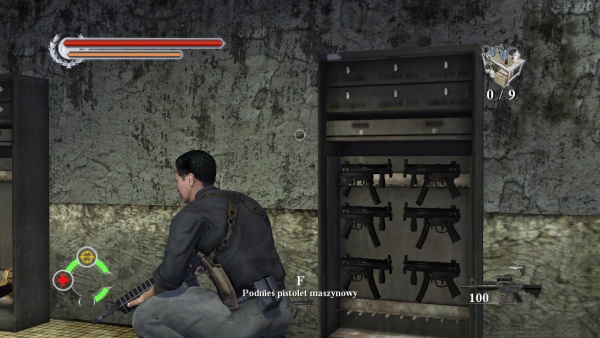 The AR-15 can be picked up and used by Insp. Tequila in-game. It features a Aimpoint Comp M2 scope and several enemies use it as well. Some sniper enemies have been shown to use a red laser hidden somewhere. The laser apparently amplifies damage. 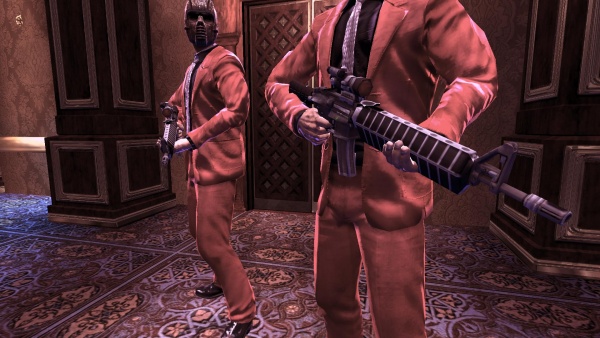 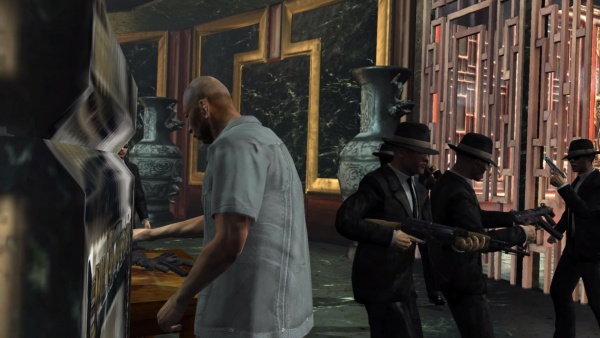 The Franchi SPAS-12 shotgun is able to be picked up and used by Insp. Tequila in-game. It has a limited capacity but is very powerful at close-range. 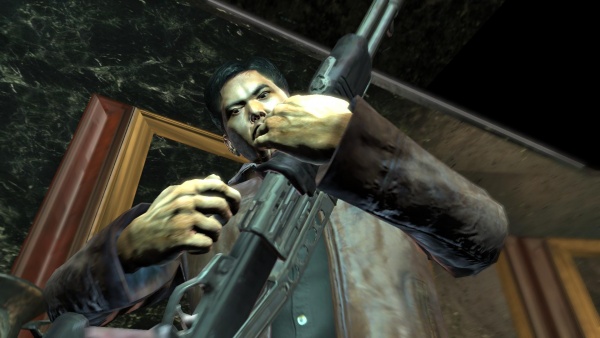 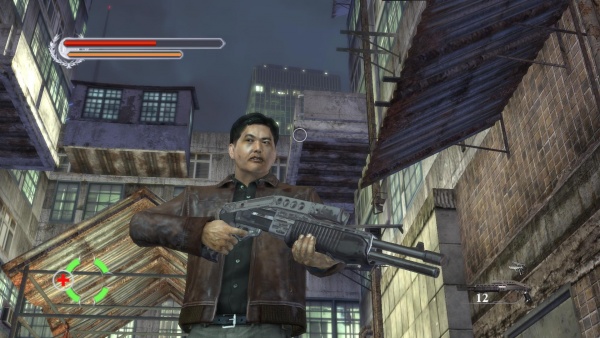 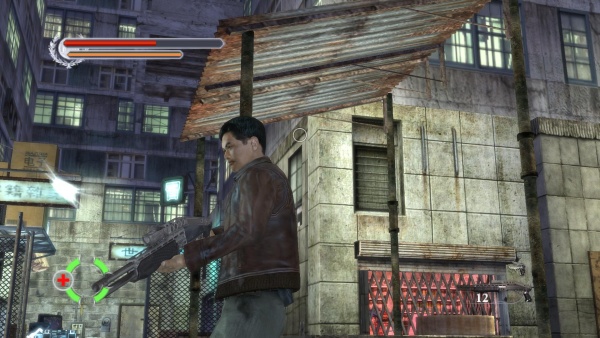 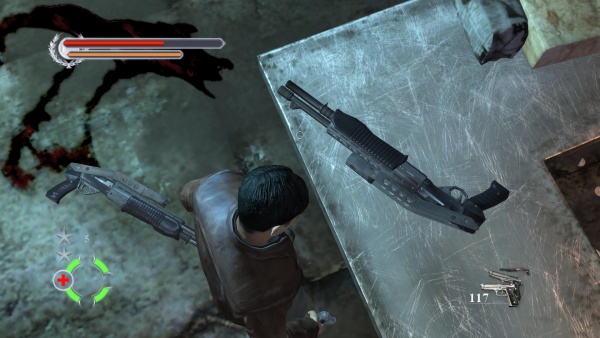 The Armsel Protecta shotgun is only seen once in-game, in the hands of a dead gang member on the Video Options screen.

At Chapter IV, Vlad is seen in a cutscene with an M26 Modular Accessory Shotgun System mounted on his M4A1.

The M249 SAW is first introduced in the boss battle with Ty Lok in which the gun is shown to have a devastating effect on the environment. It can later be picked up by Insp. Tequila and used ingame. It is incorrectly labeled as firing .50 caliber rounds when it actually fires a much smaller 5.56x45mm round. 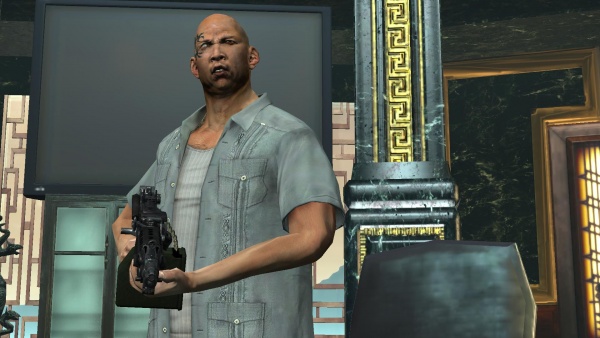 Ty Lok with his M249, ready to unleash hell

The Barrett M82 sniper rifle is used by various enemies throughout the game. Mr. James Wong at the end of the game uses it in an attempt to kill Insp. Tequila before his daughter Teko shoves him off a balcony, killing him.