Sign of Disaster (Znak bedy; also released in English as Ill Omen) is a 1987 (filmed 1986) Soviet two-part made for TV war drama based on the same title novel by Vasil Bykov and directed by Mikhail Ptashuk. The plot depicts the tragedy of middle-aged peasant couple Petrok (Gennadiy Garbuk) and Stepanida (Nina Ruslanova) in Nazi-occupied Belorussia.

The following weapons were used in the film Sign of Disaster (Znak bedy): 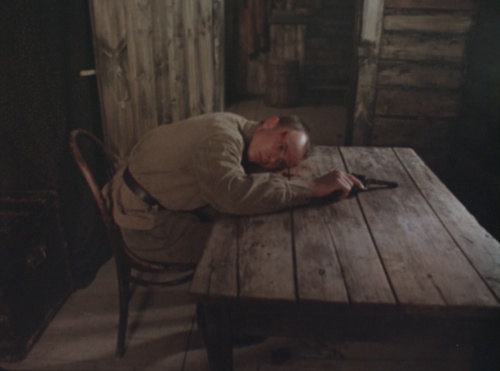 The Nagant is seen in Goncharik's dead hand. 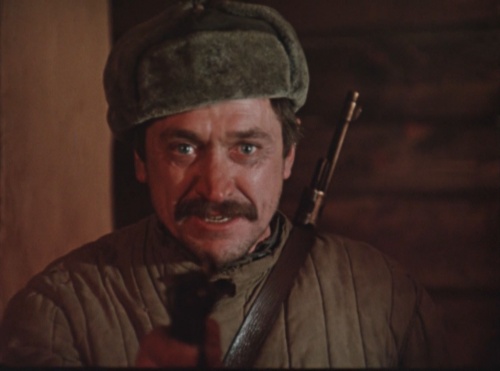 The Hilfspolizei aims his Nagant at Petrok. He also carries a Karabiner 98k rifle on sling. 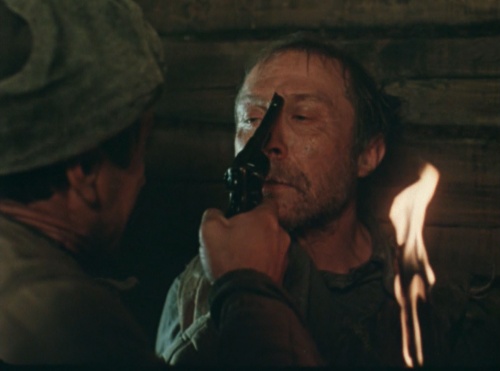 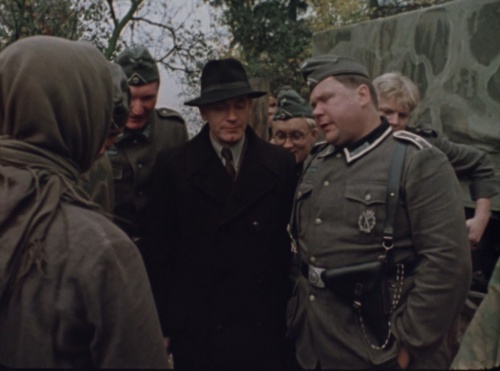 The Feldwebel carries the Luger holster. 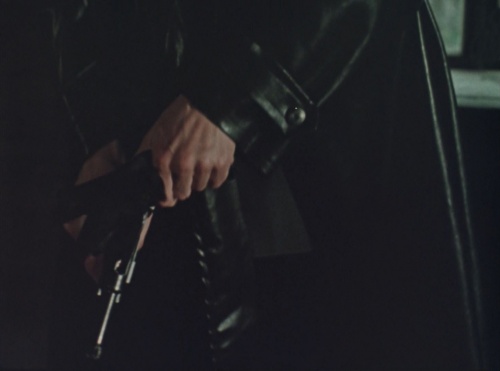 The Hauptmann cocks his Luger. 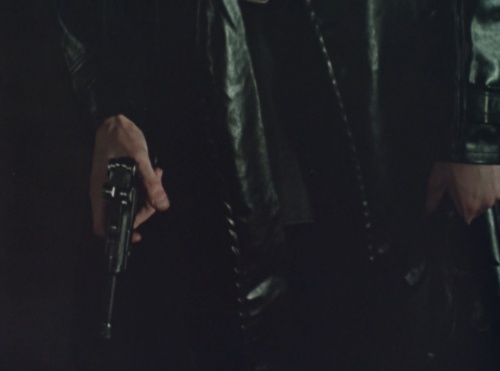 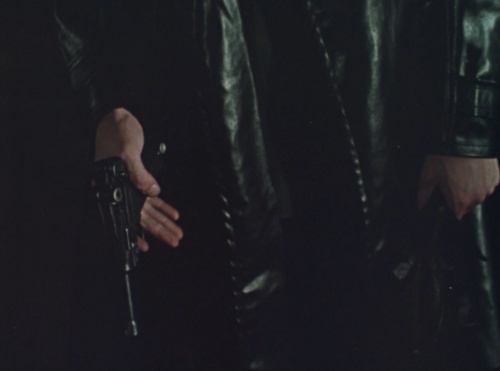 He holds the pistol. 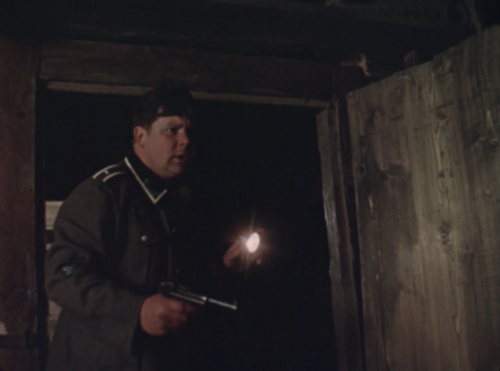 The Feldwebel holds his pistol. 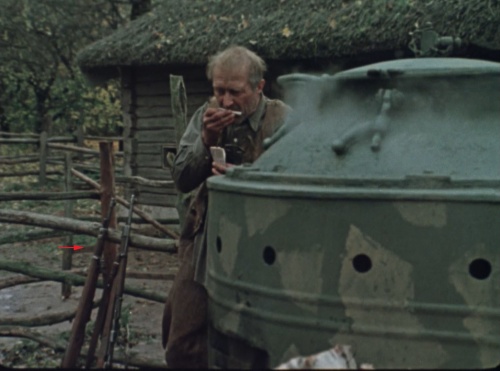 Two rifles of German soldiers lean against the hedge. The one at the right has the late version of the top barrel band. 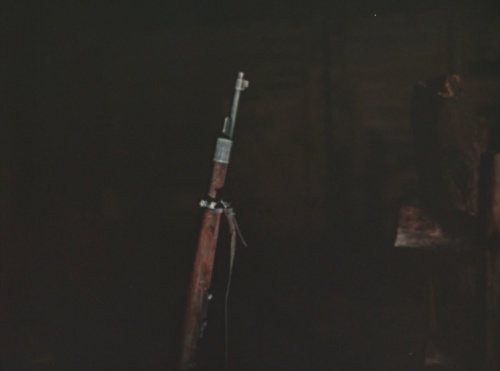 German cook Karl (Arvo Kukumägi) carelessly leaves his rifle standing in the yard at night. The rifle has the late version of the top barrel band. 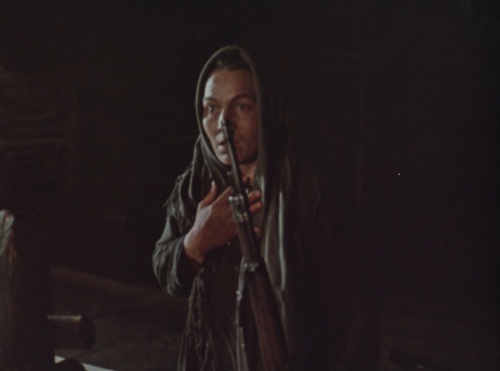 Stepanida steals Karl's rifle and throws it into the well. Due to a continuity error, the rifle switches to an early version of Kar 98k. 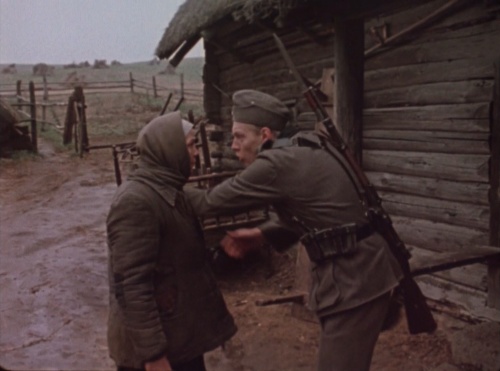 A sentry carries the Kar 98k rifle with bayonet. 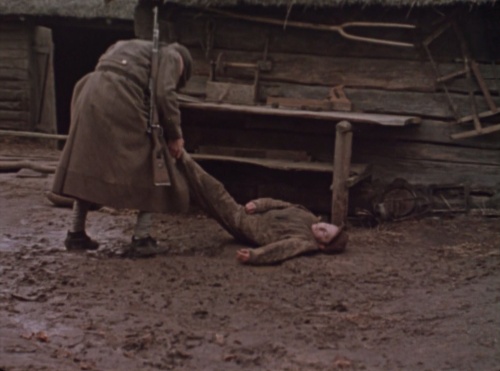 Kolondyonok carries his rifle when he is dragging the body of a murdered shepherd boy. 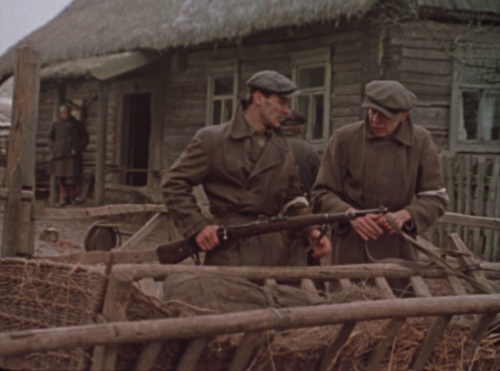 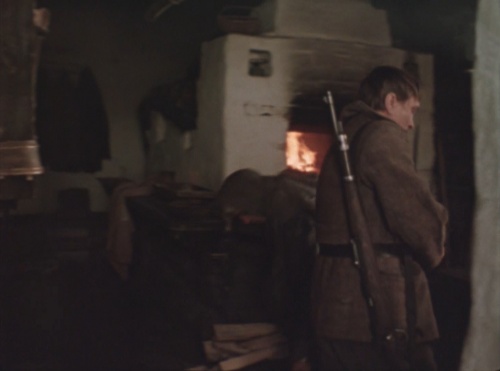 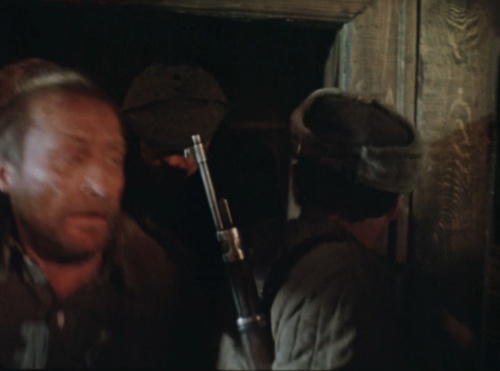 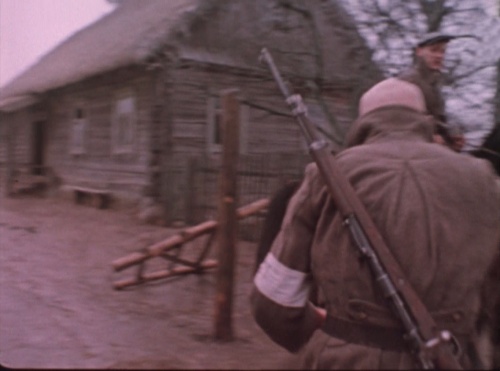 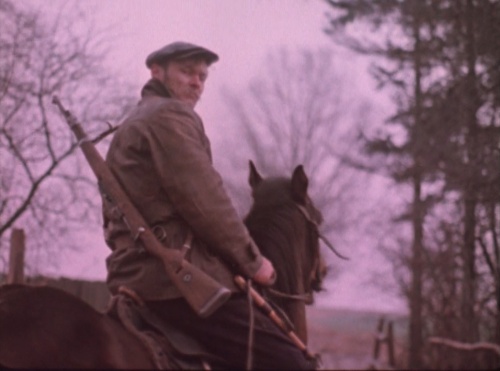 Guzh carries his rifle in the same scene. 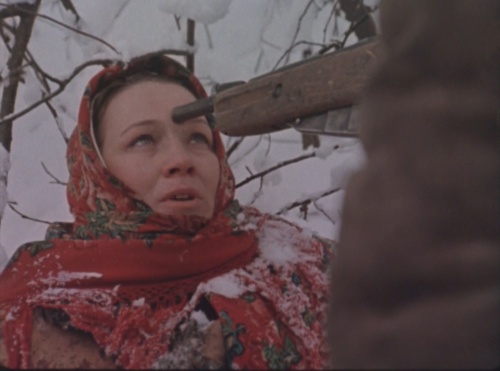 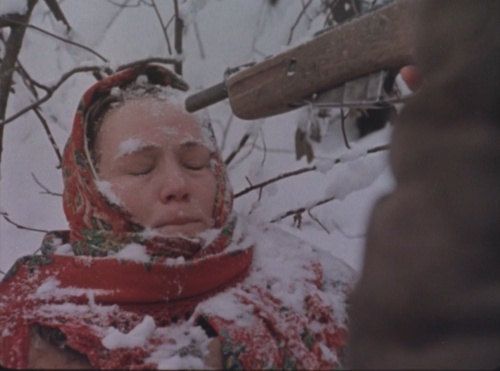 Guzh threatens Stepanida. The position of the crossbolt allows to guess that the base rifle is an M91/30 rather than an M91. 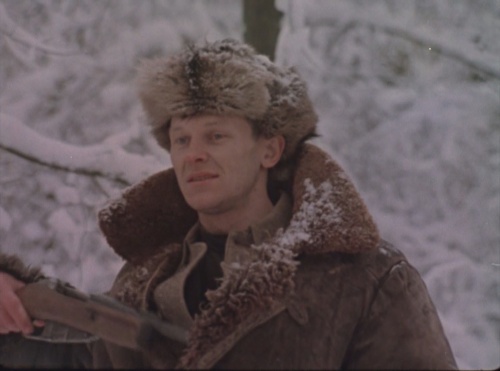 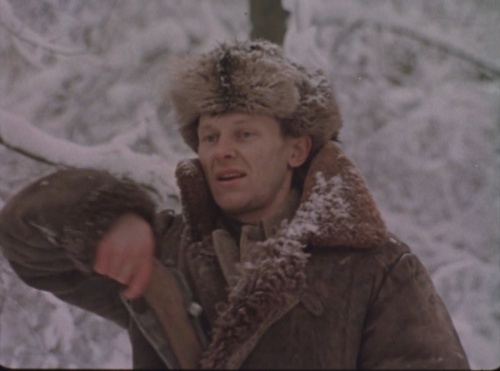 In the final scene Stepanida gets and hides an unexploded aerial bomb. This is a Soviet post-war OFAB-100-120, identified by the ring tail fin and the blunt nose. The marking "W-25L" on the body is probably intended to make it look like a German bomb. 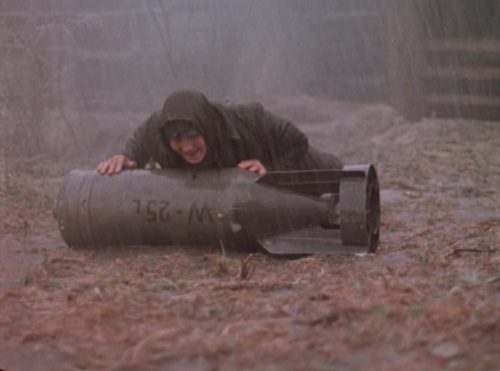 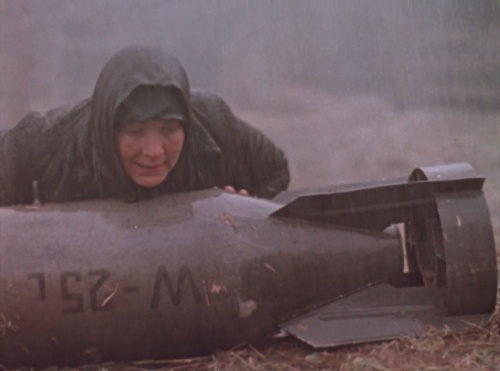 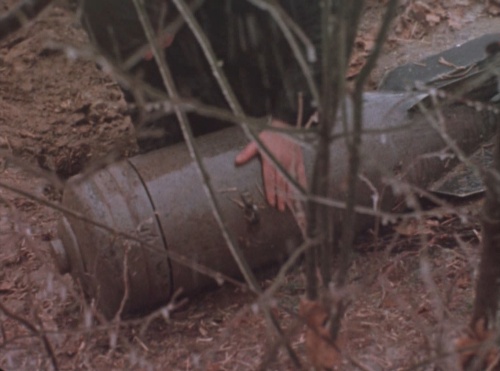 Stepanida rolls the bomb to the prepared pit.
Retrieved from "https://www.imfdb.org/index.php?title=Sign_of_Disaster_(Znak_bedy)&oldid=1461490"
Categories: