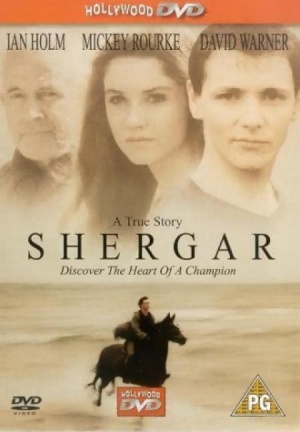 Shergar is a 1999 drama that is based on the true story of a prize racehorse named Shergar, who is kidnapped and held for ransom by the IRA, and left in the care of a farmer (David Warner). When the Irish government refuses to pay the terrorists' ransom, they plan to kill Shergar. A young farmhand named Kevin, however, learns of their plan and steals the horse so he won't be killed.

The following weapons were used in the film Shergar:

IRA leader Gavin O'Rourke (Mickey Rourke) carries a Browning Hi-Power as his personal sidearm. It is first used equipped with a suppressor to shoot two guard dogs when the group kidnaps Shergar from his owners. The sound of the suppressed gun firing is fairly accurate instead of the usual muted "pew" of suppressed movie handguns. 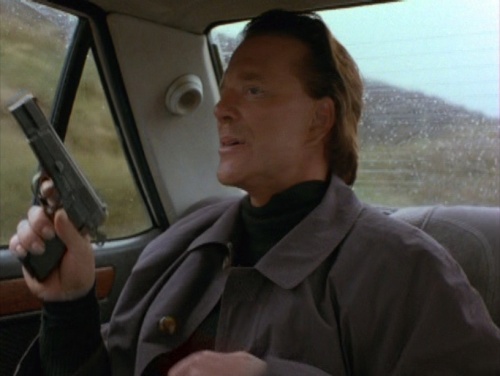 O'Rourke pulls his Hi-Power as his car approaches the roadblock.

A suppressed Makarov PM is used by an IRA member to hold Shergar's owner at gunpoint during the horse's kidnapping. O'Rourke's bodyguard Gallager (George Whitehouse) also pulls an unsuppressed Makarov at the roadblock only to be killed by the S.A.S. 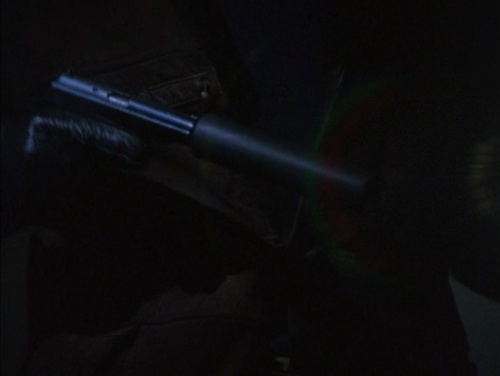 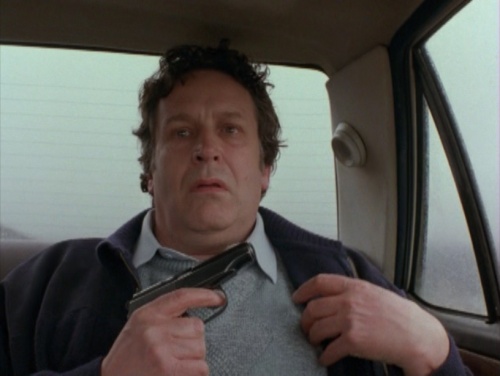 Gallager pulls his Makarov PM as they approach the roadblock.

The M16 or some variant thereof is seen used throughout the film by various characters. S.A.S. soldiers at the roadblock are armed with them and use them to kill O'Rourke and his men. 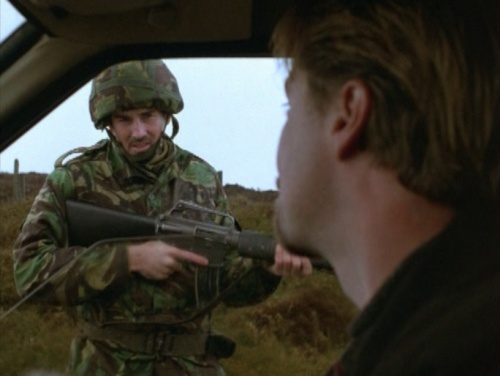 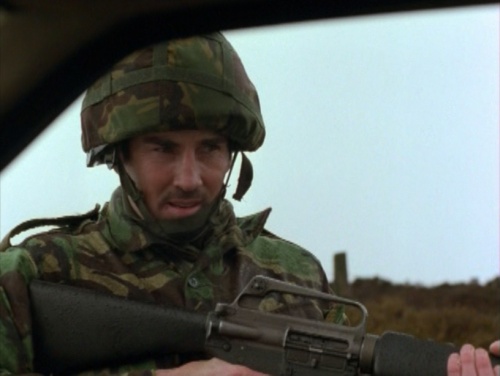 Closer view of the soldier's M16A1 as he tells O'Rourke (in the backseat) to be quiet.

A scoped AR-18 is used by an S.A.S. sniper. Concannon (Andrew Connolly) later uses one in an attempt to kill Kevin and Shergar, although he never gets to fire it. 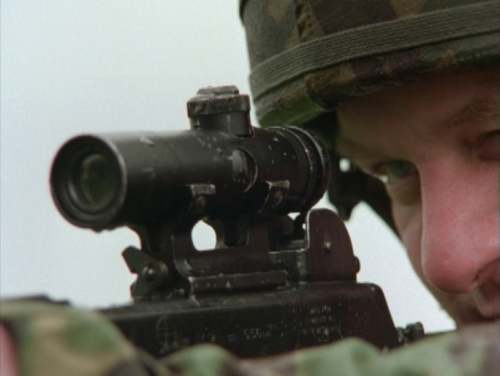 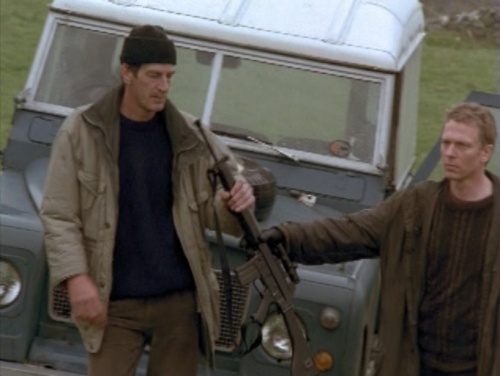 Concannon's AR-18 is not actually kept in his Land Rover. Instead, it is removed from a different Land Rover and in a rather bizarre sequence passed down the line of IRA members, each one handing it off to the man next to him until it reaches its owner. 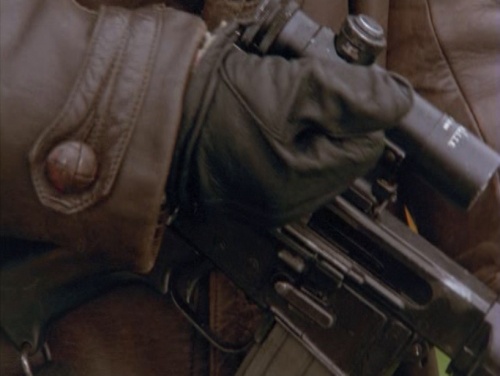 Concannon chambers a round. 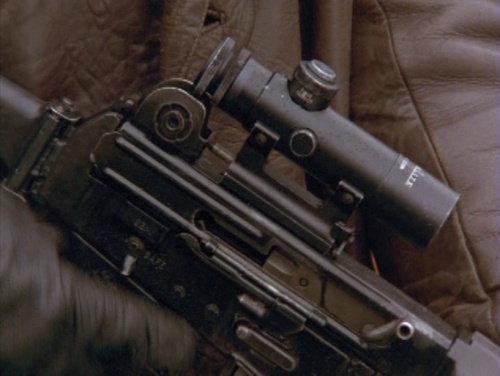 Concannon finishes chambering the gun, providing an unobstructed view of the AR-18's side. 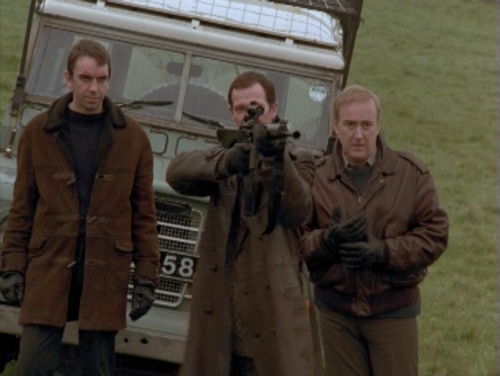 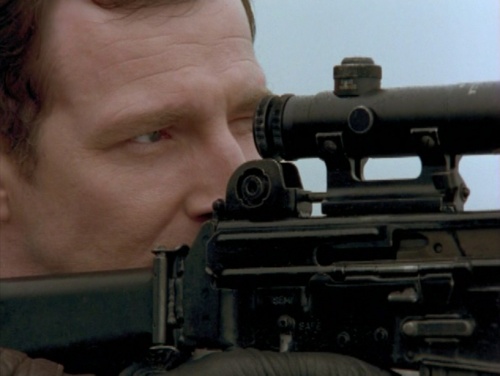 Closeup of the scope. 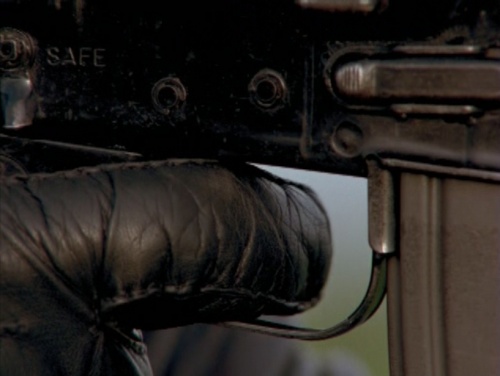 Concannon's finger on the trigger. 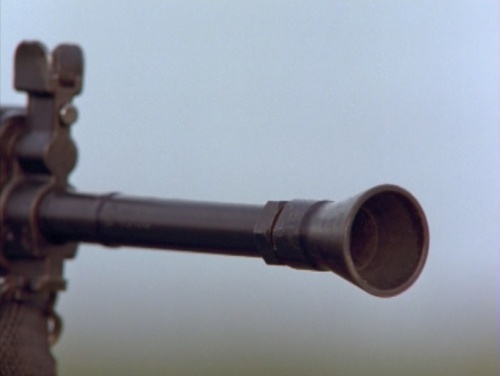 Closeup of the barrel.
Retrieved from "https://www.imfdb.org/index.php?title=Shergar&oldid=1358581"
Categories: