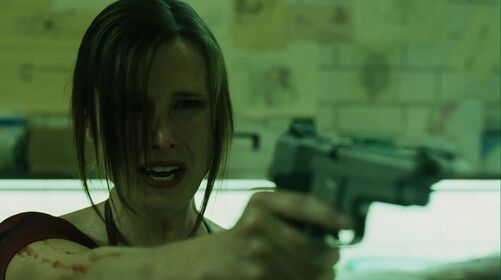 Shawnee Smith as Amanda Young in Saw III with a Smith & Wesson 5946.

Shawnee Smith has made a name for herself in the movie industry as a go-to actress for horror productions. She is a working actress and musician with at least sixty productions to her name; yet still has managed to find the time to have two children. Most well known for her role in the Saw franchise as Amanda Young.