Sergey Appolinarievich Gerasimov (May 21, 1906 - November 26, 1985) was a famous Soviet film director and screenwriter, best known for such epic movies as The Young Guard (Molodaya gvardiya), And Quiet Flows the Don (Tikhiy Don) and Lev Tolstoy. He was awarded with numerous Soviet state awards and got several awards on international film festivals. The All-Russian State University of Cinematography is named after Gerasimov. 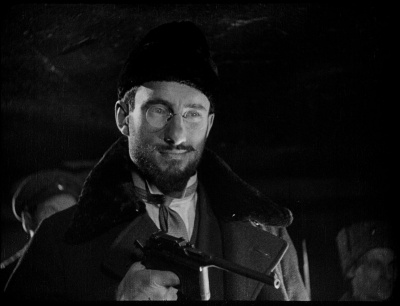 Sergey Gerasimov holds a Mauser C96 as a Menshevik in Fragment of an Empire (Oblomok imperii) (1929).

The following lists the films in the IMFDB directed by Sergey Gerasimov: