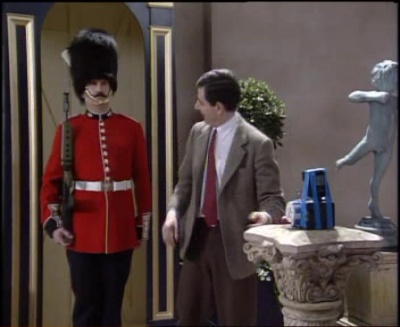 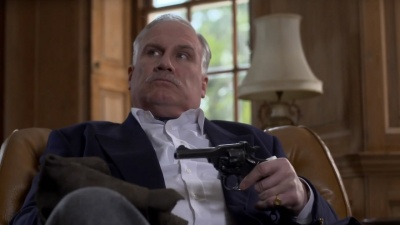 Rupert Vansittart (b. 1958) is a British character actor. He's a frequent collaborator of Rowan Atkinson, who appears alongside him in Mr. Bean (twice in different roles and episodes), The Thin Blue Line, Four Weddings and a Funeral and Johnny English Reborn. He's other roles include many popular British movies and TV series.