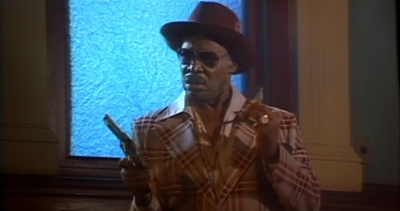 Rudy Ray Moore (1927-2008) developed the character Dolemite as part of his stand-up comedy routine and released several albums in the early 1970's containing similar material. He starred in related films including Dolemite (1975), The Human Tornado (1976), Big Money Hustlas (2000) and The Dolemite Explosion (2002). He starred in several others films in which he played similar characters.