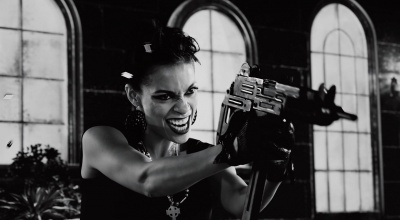 Rosario Dawson is an American actress well known for her roleas Claire Temple in several series within Marvel Netflix series including Daredevil, Jessica Jones, Luke Cage as well as The Defenders. She also appeared as the live action Ahsoka Tano in Season 2 of the Disney+ series The Mandalorian and will star in her own upcoming series Ahsoka. She also voiced Dr. Galina Mirny in the Netflix animated series Love, Death & Robots.