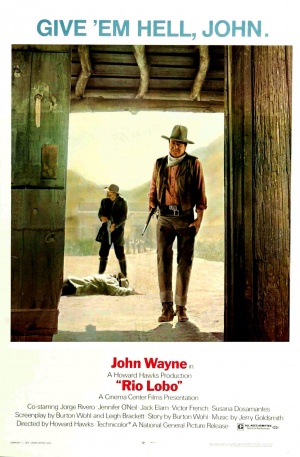 Rio Lobo is the 1970 Western that was the final film directed by Howard Hawks. This was also the final film of his John Wayne "trilogy" of Westerns (which includes Rio Bravo and El Dorado) that featured a sheriff and his allies defending his office against an aggressive outlaw element in the town. In this film, John Wayne stars as Cord McNally, a Colonel in the Union Army. After the war, Col. McNally is still working for the Army, but in civilian attire. He reunites with former Confederate officers and non-commissioned officers, who he fought against during the war, in order to seek out a Union traitor who sold secret information to the Confederate Army. This information allowed Confederate troops to ambush and sieze Union trains that were tranporting federal gold shipments during the conflict. A Union officer, who was a close friend of McNally's, was killed during one of the gold raids. The film co-starred Christopher Mitchum, Jack Elam and future movie studio executive Sherry Lansing.

The following weapons were used in the film Rio Lobo:

During the Civil War, Col. Cord McNally (John Wayne) draws his Colt 1860 Army while approaching a Confederate camp but never fires it as he is captured and the gun is taken from him. 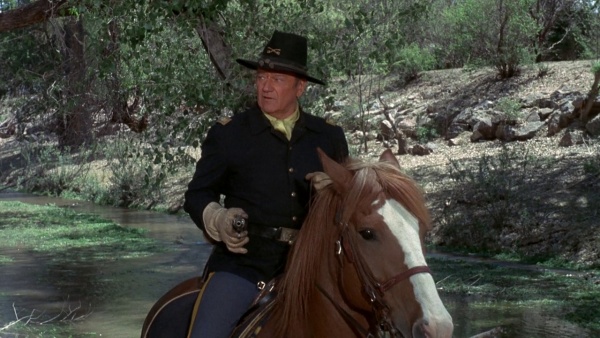 During the scenes set during the Civil War, Confederate officers including Capt. Pierre Cordona (Jorge Rivero) and Sgt Tuscarora Phillips (Christopher Mitchum) are seen holding what are supposed to be Remington 1858 New Army revolvers, but in reality appear to be Colt Single Action Army revolvers with a mock cylinder rod to make it resemble the Remington. Similar mockups appear to have been used in John Wayne's 1959 Civil War film The Horse Soldiers. 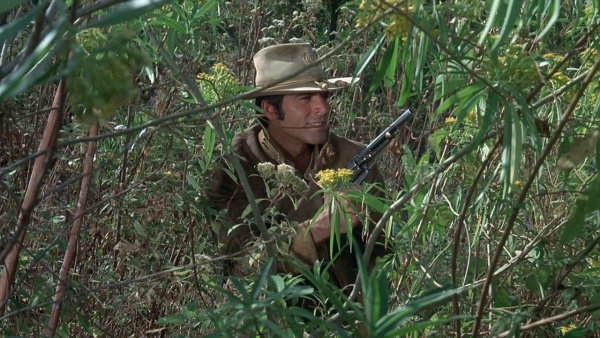 Capt. Pierre Cordona (Jorge Rivero) holds what appears to be a Single Action Army revolver mocked up to resemble a Remington 1858. Note the fluted cylinder, more in line with an SAA than a Civil War-era Remington. 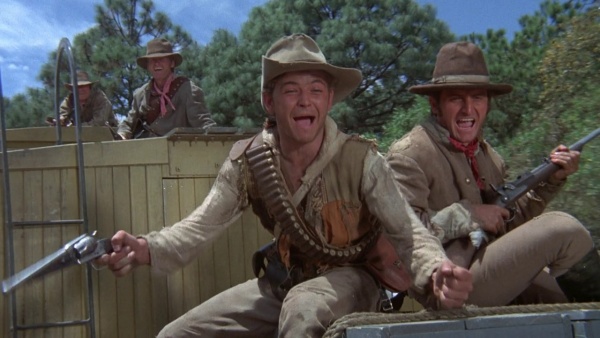 Another mocked up revolver.

Union Cavalry soldiers riding on the train as well as Confederate soldiers are seen carrying the Springfield 1873 "Trapdoor" Carbine. During the Civil War, when McNally is captured, he sees some carbines stacked together. McNally approaches the rifles, but Tuscarora Phillips (Christopher Mitchum), one of the Confederates, stops him by saying, "stay away from those rifles". 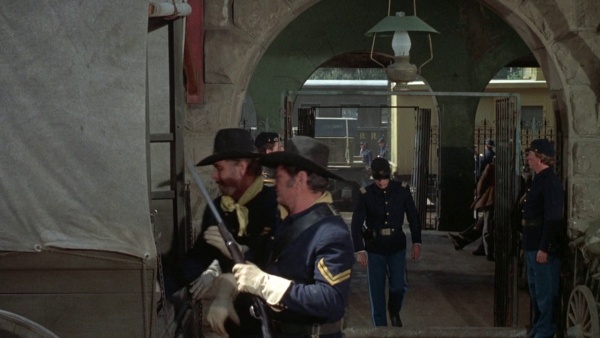 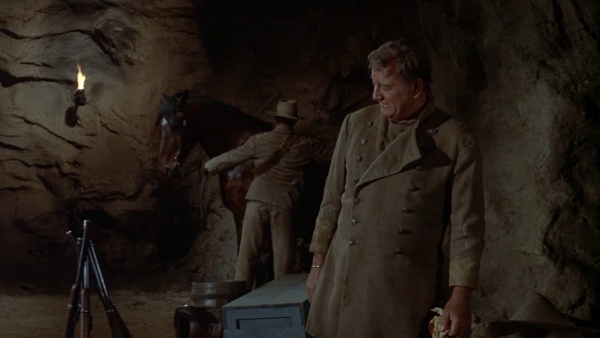 Following the war, every character including McNally (John Wayne) is seen carrying the Colt Single Action Army as their sidearm, which is anachronistic as most of the movie is set a year after the American Civil War (which lasted from 1861-1865), and the Colt SAA did not appear until 1873. 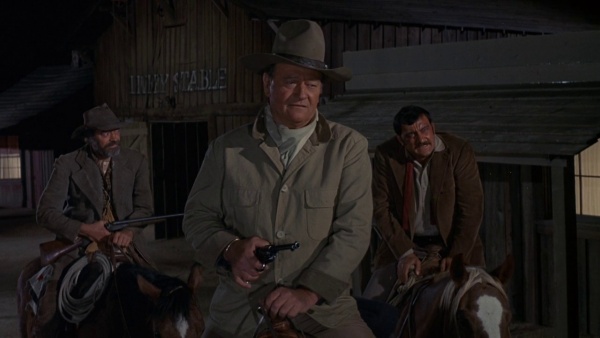 Old Man Phillips (Jack Elam) is seen using a Colt 1878 shotgun throughout the film. Phillips shows that he's wired the triggers back and is thumb-holding the hammers back so the weapon will fire if he's shot. 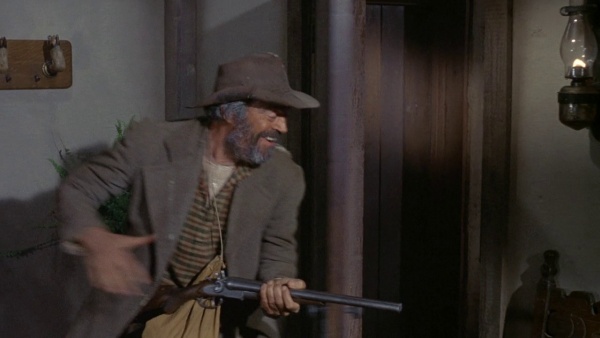 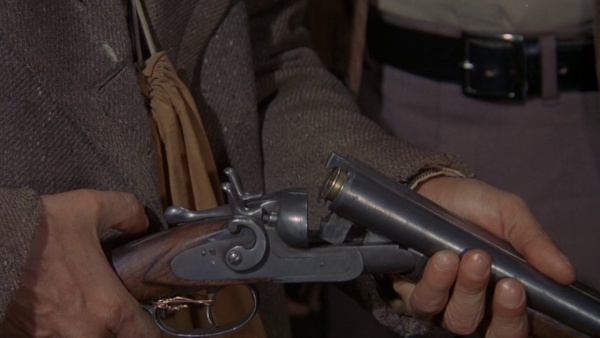 Phillips shows that he's wired the triggers back so the weapon will fire if his thumb slips off the cocked hammers.

The Winchester Model 1892 (anachronistic due to the fact that the setting shortly after the end of the Civil War) is used by several characters including McNally and Old Man Phillips (Jack Elam). 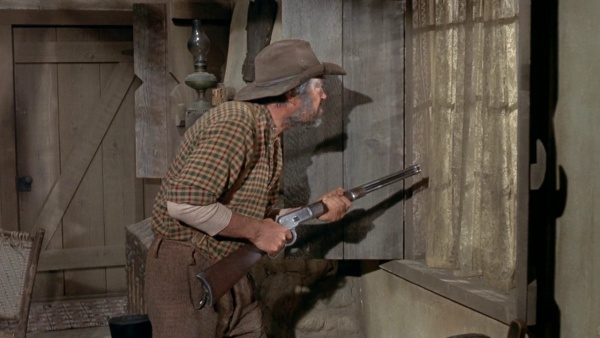 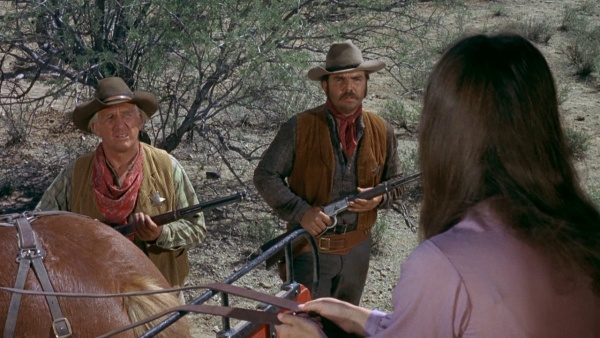 The Winchesters are seen. 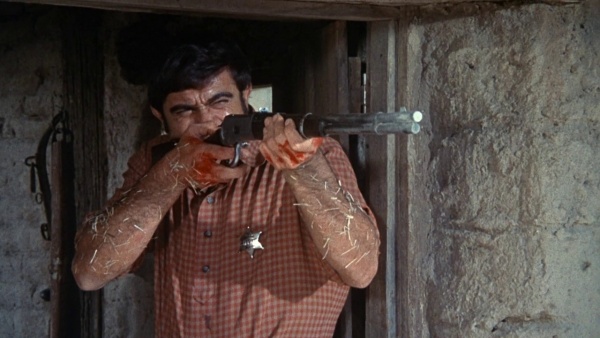 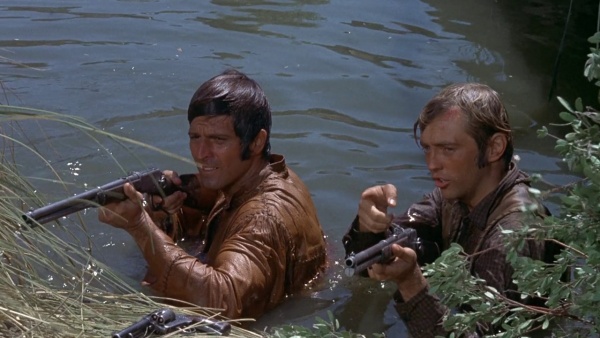 Upon returning to the sheriff's office, Cord McNally (John Wayne) switches over to a Winchester 1892 Saddle Ring Carbine with a large lever loop for the remainder of the final shootout. 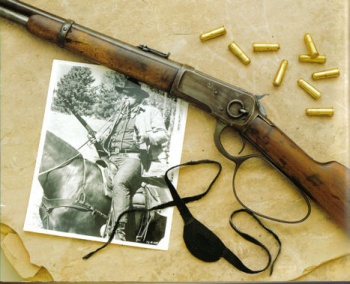 The Winchester 1892 Saddle Ring Carbine with large lever loop used by John Wayne in the film True Grit, similar to the one he used in Rio Bravo. Serial #501892. Pictured with .44-40 shells. (Source: Photocopied from book "The Peacemakers: Arms and Adventure in the American West" written by R.L. Wilson.) 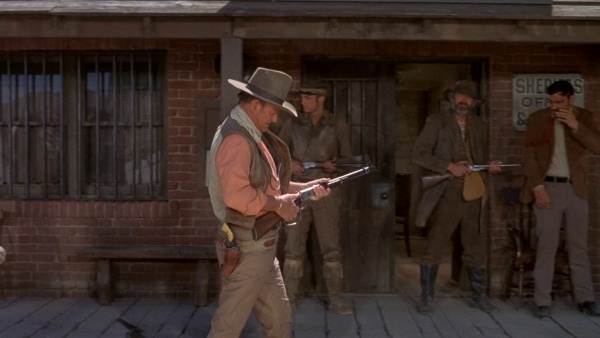 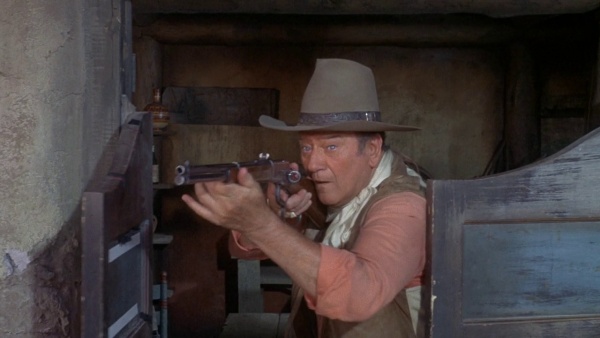