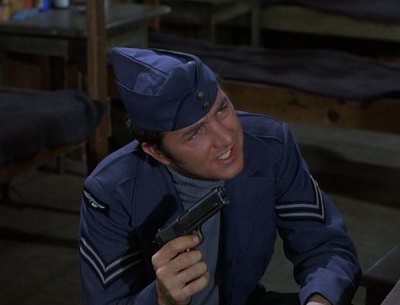 Richard Dawson was a British born actor/director who was best known to television audiences for his role as Cpl. Peter Newkirk in the sitcom Hogan's Heroes and as the original host of US game show Family Feud. In addition, he had roles in the films The Devil's Brigade and a memorable one in The Running Man.