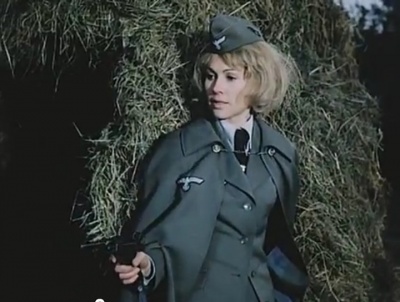 Renate Blume (born May 3, 1944) is a German actress, known for numerous roles in East German movies and TV series. In 1970s her life companion was actor Gojko Mitic; in 1980s she was married to American singer and actor Dean Reed (their son Alexander Reed is also an actor). Renate Blume appeared on screen till 2011. Renate Blume can be seen using the following weapons in the following television series: