Redemption (also known as Hummingbird outside the US) is a 2013 crime drama starring Jason Statham as Joseph Smith, an ex Spec Ops soldier who, after going AWOL, is now living homeless on the streets of London. Through a stroke of luck, he assumes another man's identity, and seeks vengeance for the death of his friend.

The following weapons were used in the film Redemption (2013): 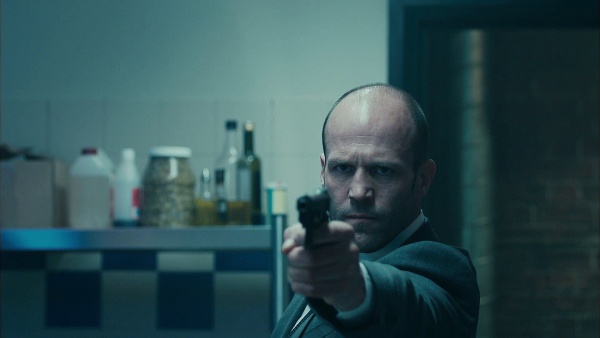 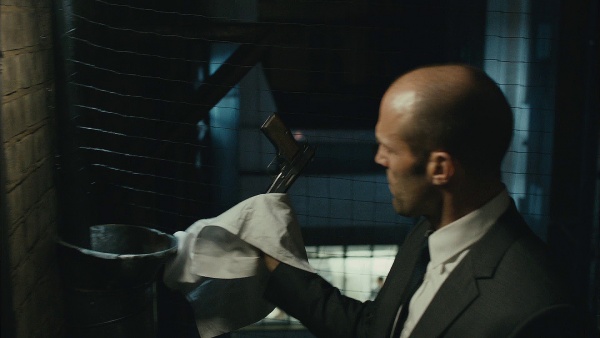 A young man pulls a Beretta 84FS "Cheetah" pistol on Joey in a restaurant as Joey is leaving with the restaurant's protection money. 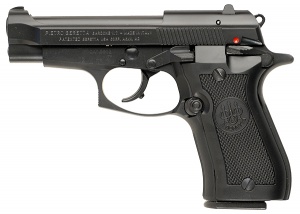 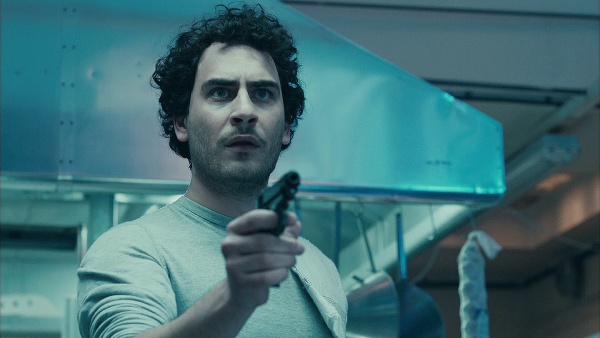 The young man holds his Beretta on Joey.

Joey Jones (Jason Statham) uses a SIG-Sauer P226 near the end of the film. 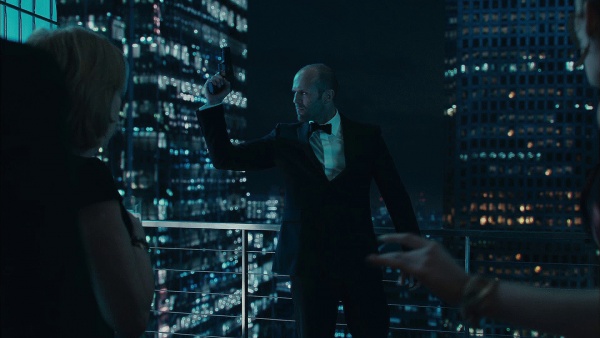 Sergeant Joseph Smith (Jason Statham) uses a tan-painted M4A1 carbine fitted with an ACOG sight in Afghanistan in the beginning of the film, and in several flashbacks. He also uses one during a hallucination scene, to fire at several hummingbirds. A soldier is also seen using an M4A1 fitted with an M203 grenade launcher during stock footage in the beginning of the film. 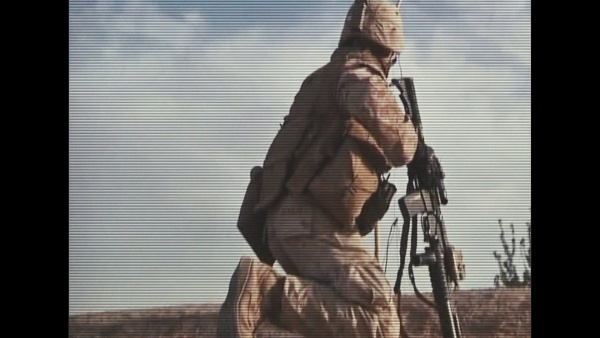 A soldier with his M4A1 fitted with an M203 grenade launcher. 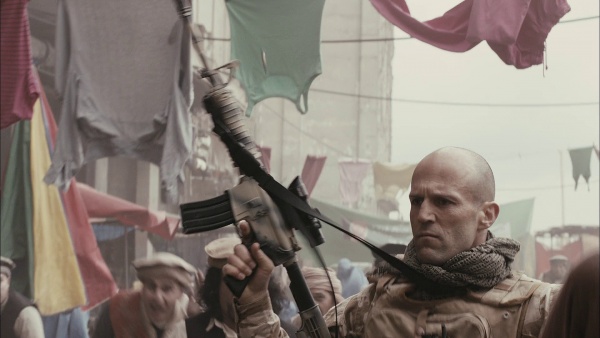 Sergeant Joseph Smith fires his M4A1 in Afghanistan in the beginning of the film. 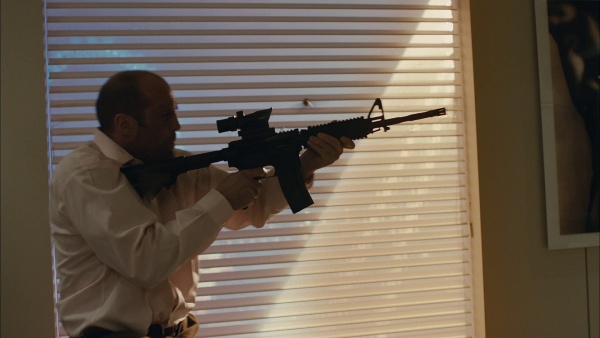 Joey fires his M4A1 as he hallucinates.

A soldier is briefly seen with an M16 type rifle fitted with a grippod, a gunsight, and an AN/PEQ designator. 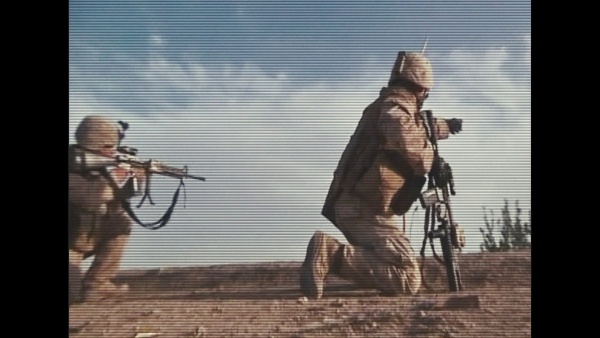 The soldier on the left aims his M16.

A terrorist fires a Kalashnikov rifle inside Sgt. Smith's car, killing his team in the beginning of the film. The rifle has an open front sight, so it is not a Norinco Type 56 variant. 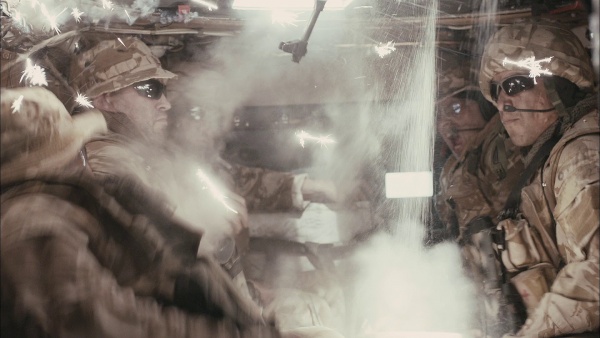 The terrorist fires his AK rifle.

A terrorist is seen manning a DShK from an intelligence drone in the film's beginning. 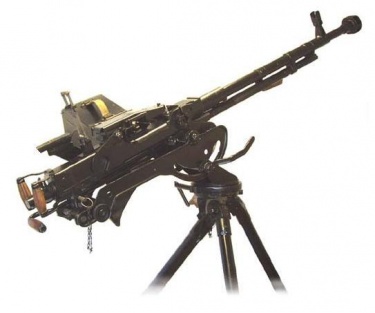 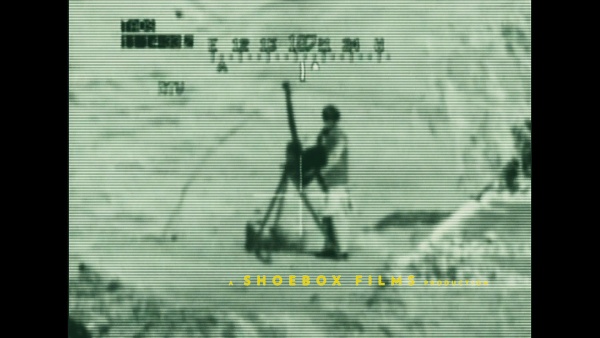 The terrorist mans the DShK.
Retrieved from "https://www.imfdb.org/index.php?title=Redemption_(2013)&oldid=1058233"
Categories: