Postcards from the Edge 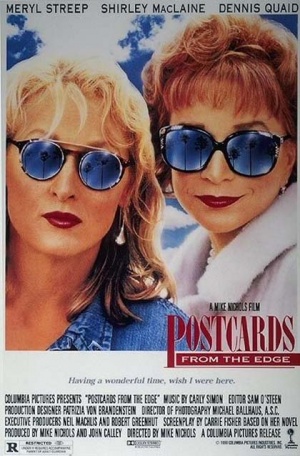 Postcards from the Edge is a 1990 comedy drama directed by Mike Nichols and starring Meryl Streep as Suzanne Vale, a movie actress recovering from a drug addiction who tries to get from under the shadow of her once popular actress mother Doris (Shirley MacLaine). The cast included Gene Hackman, Dennis Quaid, and Richard Dreyfuss. The screenplay was written by Carrie Fisher, who adapted her best selling novel of the same name. Fisher has said in interviews that the story was not entirely based on her own life and her own relationship with her mother Debbie Reynolds.

The following weapons were used in the film Postcards from the Edge:

While in a role as a police officer, Suzanne Vale (Meryl Streep) carries a Beretta 92FS as her sidearm. During an argument with Jack Faulkner (Dennis Quaid), she pulls the pistol and fires it at him. 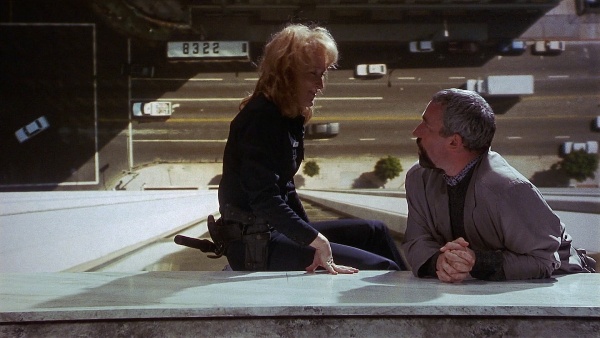 Suzanne has the pistol holstered while filming a scene. 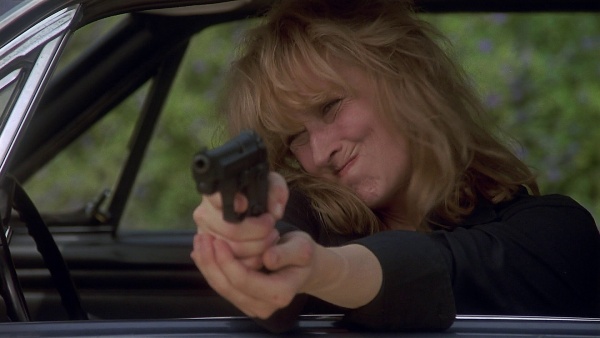 During an argument with Jack Faulkner (Dennis Quaid), she pulls the pistol and fires it at him.

The AKM rifle is carried by soldiers during the filming of a movie. 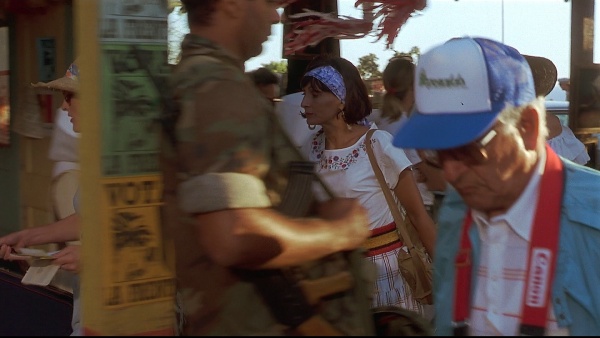 A soldier carries the rifle during filming.

During the filming of the cop movie, an actor playing a guard holds the IMI Uzi. 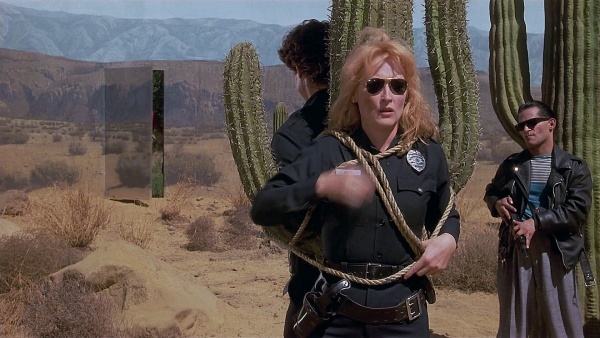 A guard carries the Uzi during filming.

During the filming of a movie, a military jeep has what appears to be a DShK heavy machine gun mounted in the back. These are the mocked-up DShKs from M60D machine gun often seen in such 1980s films as Red Dawn (1984), Rambo: First Blood Part II, Heartbreak Ridge and Mercenary, as well as several 1980's television series including Magnum P.I., MacGyver, and Airwolf. 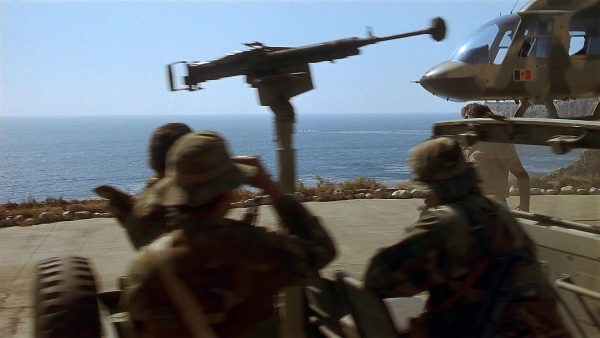 The DShK mockup is seen mounted on the jeep.
Retrieved from "https://www.imfdb.org/index.php?title=Postcards_from_the_Edge&oldid=1075968"
Categories: