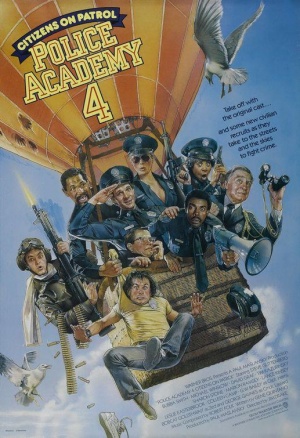 The following weapons were used in the film Police Academy 4: Citizens on Patrol:

The majority of the officers are seen carrying the Smith & Wesson Model 10 HB in the film. 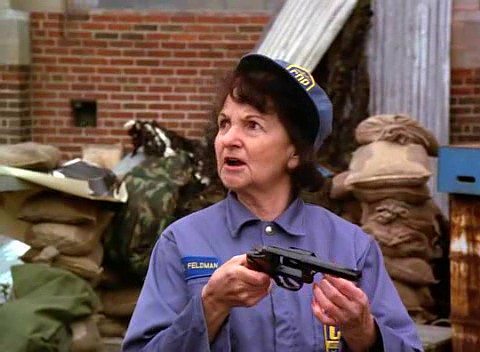 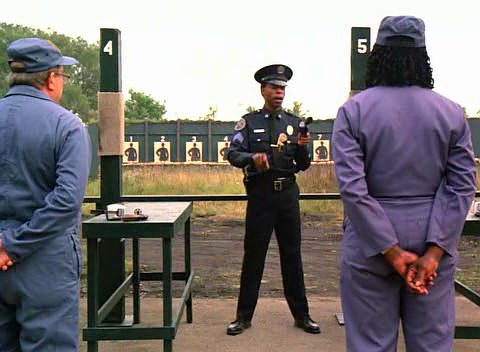 "This.. is the standard police-issue .38."
Sergeant Larvell Jones (Michael Winslow) holds the S&W Model 10 as he instructs citizens on the range. 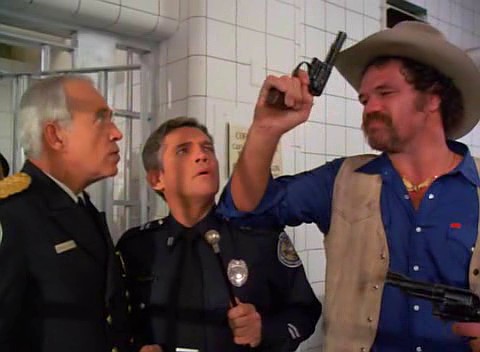 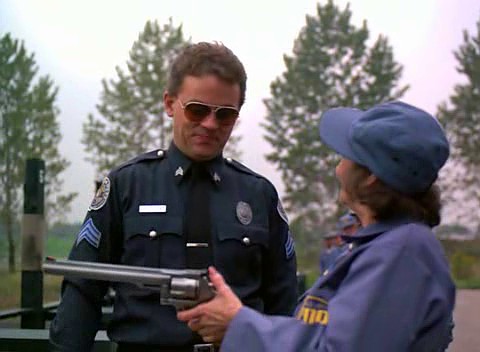 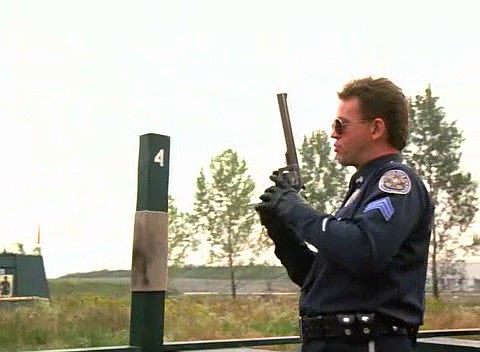 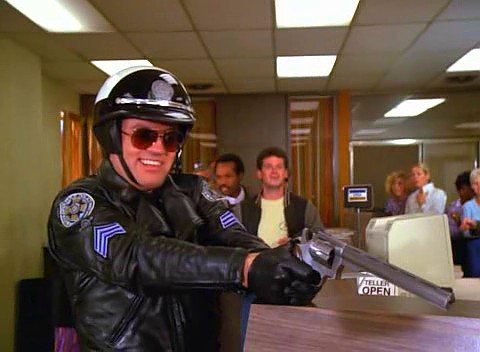 A Winchester Model 1200 is used by Lieutenant Proctor (Lance Kinsey) to shoot down the air balloon by mistake, landing in the river.

Winchester Model 1200 Police Model - 12 gauge. The precursor to the Model 1300 however it is an all metal shotgun with a deep blued finish. It was developed in 1964 and ended production when the U.S. Repeating Arms Company acquired Winchester from Olin in 1980. The 1200 eventually ceased all production in 1981 and ceded the pump shotgun like to the Model 1300. 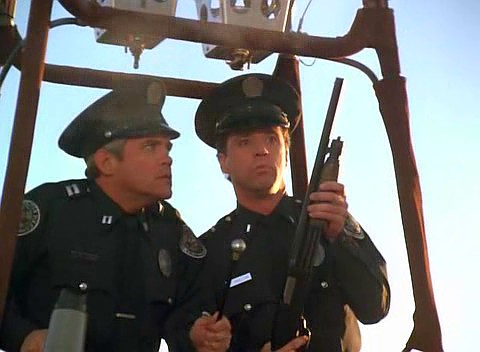