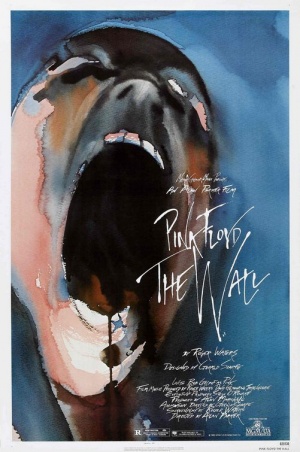 Pink Floyd The Wall is a 1982 drama/musical film based off of the 1979 Pink Floyd album of the same name. The film centers on the lonely rock star Floyd "Pink" Pinkerton (Bob Geldof) as he slowly descends into madness, caused by the death of his father (James Laurenson) during the World War, disgust of world rampant with war, an overbearing mother, a school system designed to produce slaves and rob you of individuality, and finally an adulterous wife, Pink creates a metaphorical "Wall" of isolation around himself from the outside world. The screenplay was written by Roger Waters, lead singer, bassist, and principal songwriter of Pink Floyd.

The following weapons were used in the film Pink Floyd The Wall:

J.A. Pinkerton cleans the cylinder of his Webley Mk.IV

Pink's father checks the cylinder of his Webley, shortly before his death

During the "What Shall We Do Now?" animation sequence, an MP40 is briefly seen. 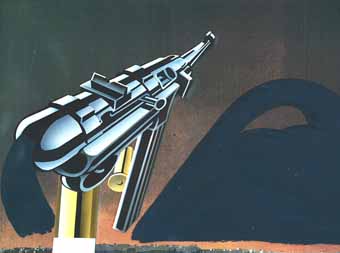 In the famous animation sequence, a giant animated woman morphs into an ice-cream sundae, a hypodermic needle, an MP40, a bass guitar, a sports car and then finally a giant hammer that smashes the screen
Retrieved from "https://www.imfdb.org/index.php?title=Pink_Floyd_The_Wall&oldid=767397"
Categories: