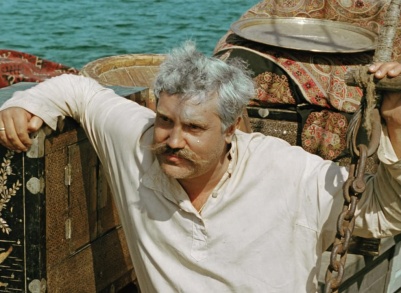 Pavel Borisovich Luspekayev (April 20, 1927 - April 17, 1970) was a Soviet actor of Russian-Armenian origin who is best known for his role in the White Sun of the Desert (Beloye solntse pustyni). Due to the wounds he got at World War II his feet were amputated. Nevertheless, he continued to perform on prosthesis. During the filming of White Sun of the Desert Luspekayev's condition worsened, and he died short after the release, aged 42.