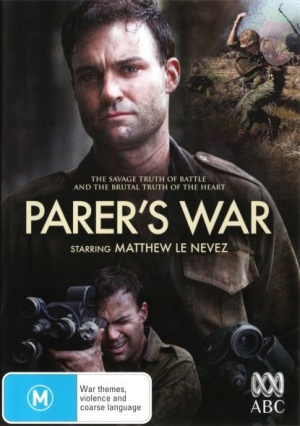 Parer's War is a 2014 Australian Television Movie about the World War Two career of photojournalist Damien Parer, whose footage of the Kokoda Campaign became the first Australian movie to win an Oscar. The film also covers with experiences embedded with the 2/3rd Independent Company in Salamaua-Lae and the 1st Marine Division on Peleliu Island. The director, Alister Grierson, also helmed the 2006 movie Kokoda .

The following weapons were used in the TV film Parer's War:

A Commando takes cover with his M1928 Thompson.

The Commando opens up.

A Commando advances under fire.

A Commando Officer yells for Parer to get his head down.

Several Commandos from the 2/3d, including Lieutenant Ron "Judy" Garland (Toby Wallace) carry the M1928A1 Thompson. One Commando carries one with a 50-round drum magazine. US Marines fighting on Peleliu also use the Thompson.

A Commando with a slung Thompson.

A US Marine with a Thompson.

The Commando to the right carries an M1928A1 Thompson with a 50-round drum magazine.

The Lee-Enfield No. 1 Mk III* is used by Australian Militia and Commandos from the 2/3rd Independent Company.

A Commando with a No.1 watches Parer search a bunker.

A Commando runs through fire.

The M1 Garand is carried by US Marines fighting on Peleliu.

A Marine runs into combat with an M1 Garand.

A Marine fires his M1.

Marines as seen through a camera lense.

A Marine trying to warn Parer.

Several US Marines on Peleliu Island carry the M1 Carbine.

A Marine carrying an M1 Carbine.

A Marine with his Carbine.

An Arisaka next to a dead Japanese soldier.

A Japanese soldier with an Arisaka Type 38 Carbine.

The soldier aims his Carbine.

Australian Commandos from the 2/3rd Independent Commando Company use the Bren Mk1 in combat.

A Militiaman sleeping with his Bren.

Documentary footage of a Commando lugging a Bren.

Documentary footage of a Commando firing his Bren.

A Commando with his Bren Gun.

A Commando with a Bren.

A Dead Commando behind his Bren.

A Marine fires his BAR.

A Marine lugging a BAR.

The Vickers Mk1 is used by a 2/3rd Commando Machine Gun Crew in Salamaua-Lae. In one scene, the crew use it as plunging fire against distant Japanese positions. 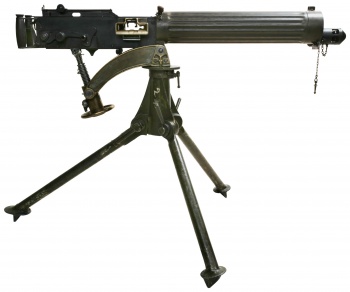 The Vickers seen through a camera lense.

The gun crew in action against a Japanese attack.

Over the shoulder firing.

The Type 96 light machine gun is used by Japanese soldiers on Peleliu.

A Japanese soldier takes up position with a Type 96.

US Marines use an M1A1 Bazooka.

A Marine in the center of the frame aims an M1A1 Bazooka.

US Marines use an M1 Flamethrower in action on Peleliu. 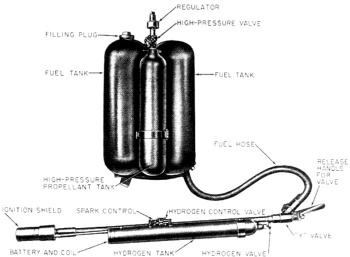 A Marine with an M1A1 Flamethrower.

The Marine in the center carries a Flamethrower.

A Mills Bomb is used by a New Guinea soldier on the Kokoda trail. Damien Parer later gives one to a wounded Australian militiaman. 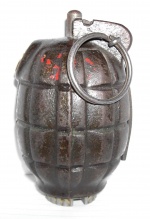 A Mills Bomb in the hands of a native soldier.

Parer passes a Mills Bomb to a wounded Militiaman.
Retrieved from "https://www.imfdb.org/index.php?title=Parer%27s_War&oldid=1442774"
Categories: