Panfilov's 28 (28 panfilovtsev) is a 2016 Russian war drama directed by Andrey Shalopa and Kim Druzhinin. It depicts one of the most famous episodes of the Battle for Moscow, the story of Panfilov's Twenty-Eight Guardsmen, a small unit of Red Army soldiers of General Panfilov's division who stood against the overwhelming forces of Wehrmacht in November 16, 1941 at the village of Dubosekovo and mostly perished in action.

The following weapons were used in the film Panfilov's 28 (28 panfilovtsev):

Klochkov (at the right) carries the TT in holster.

Klochkov carries the PPSh-41 and the TT in holster.

Dobrobabin fires the TT when his PPD-40 runs out of ammo.

Konkin, the assistant of PTRD-41 gunner Kosaev, has PPSh-41 and two RPG-40 AT grenades at hand (seen at the right).

Natarov "hunts" for a German dive bomber with his PPSh.

Another view of Natarov's PPSh.

Klochkov carries the PPSh on sling.

Trofimov holds the PPSh and RPG-40 AT grenade.

Klochkov holds his PPSh in action.

Sgt. Dobrobabin carries the PPD during the night march.

Dobrobabin holds his PPD in trench.

Some German soldiers, notably a tank crew member, are armed with MP40 SMGs.

A tanker leaves the burning Pz. IV with MP40 in hands.

A German NCO leads the soldiers with MP40 in hands.

A closer view of Shepetkov's rifle.

The soldiers in trench repel the German attack.

Ivan Shadrin (Andrey Bodrenkov) with M91/30 and Illarion Vasilyev (Andrey Nekrasov) with SVT-40 run out of ammo and ready the bayonets.

Some artillerymen are armed with Mosin Nagant M1938 Carbines.

The M38 carbine is seen on the ground at the left.

Some Soviet soldiers are armed with Tokarev SVT-40 semi-auto rifles.

Ivan Shadrin (Andrey Bodrenkov) grabs his SVT when the German reconnaissance plane appears over the positions.

Shadrin fires at the plane.

A close view of Bondarenko's rifle.

A close view of the barrel and muzzle brake.

Ivan Shadrin (Andrey Bodrenkov) with Mosin Nagant M1891/30 and Illarion Vasilyev (Andrey Nekrasov) with SVT-40 run out of ammo and ready the bayonets.

Nearly all German soldiers are armed with Karabiner 98k rifles.

A soldier crouches under the fire of Soviet machine gun.

At least one of the German soldiers is armed with Gewehr 33/40(t) (Wehrmacht index for Czech Vz. 16/33 carbine), identified by the short barrel and the grooves on the stock.

A soldier fall under the fire of Soviet machine gun.

Mitin (at the left) and Kozhebergenov at the Maxim.

A single Degtyaryov DP-27 is seen in Soviet trenches.

A close view of the PTRD.

A good view of 14.5 mm cartridges in hands of Konkin.

After the crews of both AT rifles are killed, Pyotr Yemtzov (Anton Paderin) takes the PTRD.

Soviet soldiers use RGD-33 hand grenades, often in bundles. Unlike most movies, where all RGD-33 grenades, tied together, retain the handles, here we see the correct bundle that contains one grenade with the handle and several grenade warheads.

The RGD-33 is seen next to Illarion Vasilyev (Andrey Nekrasov).

A crate with RGD-33 grenades.

A closeup of the bundle of RGD-33s.

Soviet RPG-40 anti-tank grenade. The manual for use of grenade is seen on its body.

The RG-14/30 hand grenade is seen when Lt. Ugryumov (cameo of film director Andrey Shalopa) is lecturing about the German tanks and the anti-tank tactics.

Incendiary bottles are also used by Soviet soldiers. The screen props very carefully follow the real weapons (No1 and No3 bottles), including the usage of ignition matches.

A soldier takes the bottle...

A soldier readies to throw the bottle at advancing German tank.

The guns on position. 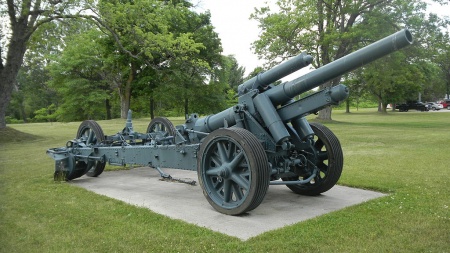 The Pz. III and Pz. IV German tanks that appear on screen are 1:16 models, except for a single full-scale model of Pz. IV, specially built for the movie.