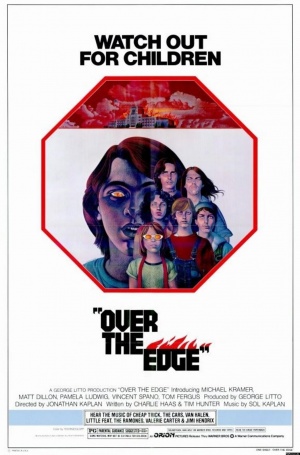 The following weapons were used in the film Over The Edge:

Ritchie White (Matt Dillon) comes into possession of a .22 Revolver, which appears to be be of a H&R (Harrington & Richardson). 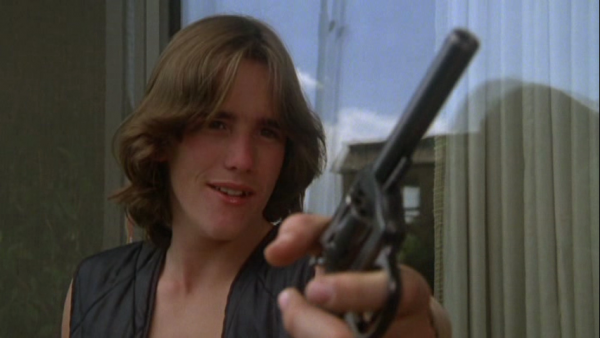 Ritchie White (Matt Dillon) holding the revolver, while they interrogate Tip (Eric Lalich), you can see the small multiple number of cylinders, that show it is clearly a .22, if not another small caliber 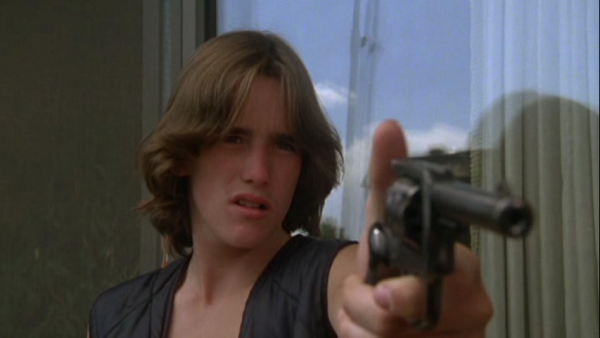 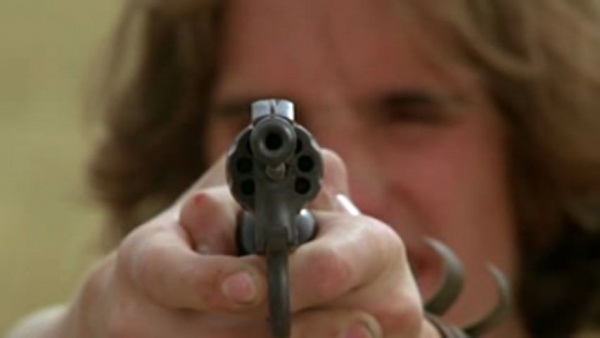 Closeup on the barrel, cylinder and trigger guard, as Ritchie (Matt Dillon), tries the revolver out in a field. 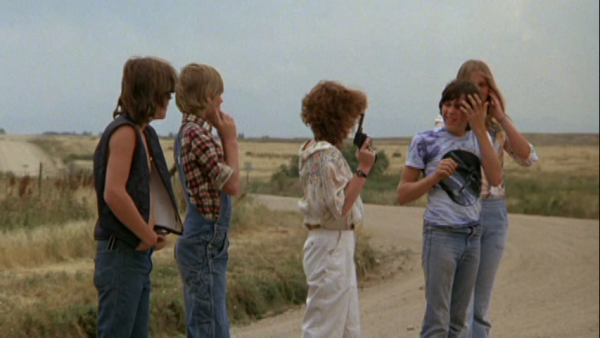 One of the girls holds the revolver in her hands, as all the teens stand out in a field trying out the revolver 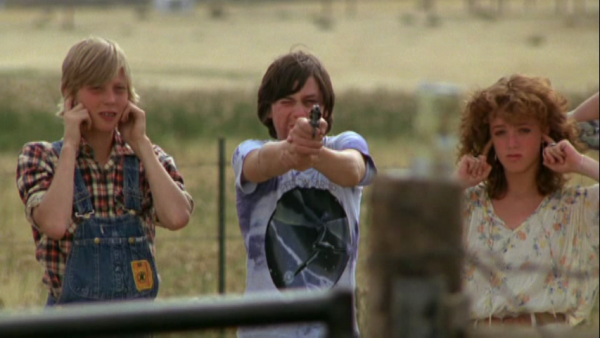 Carl Willat (Michael Eric Kramer) try's his luck with the revolver, and ends successfully hitting the can 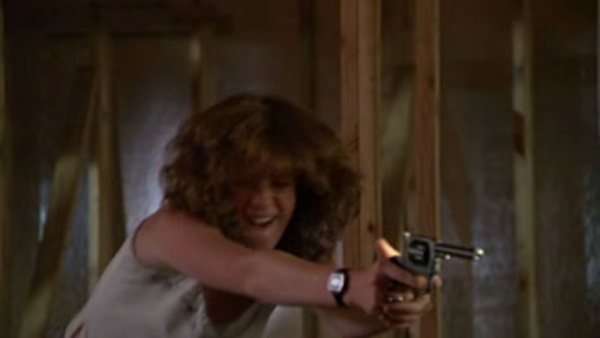 While all the teens are camping out in one of the unfinished houses, Cory (Pamela Ludwig), dances around and swings the revolver around. 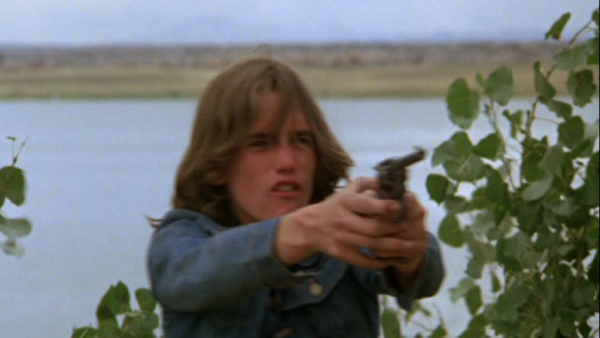 Ritchie (Matt Dillon) curses Sgt. Doberman and aims the gun at him. 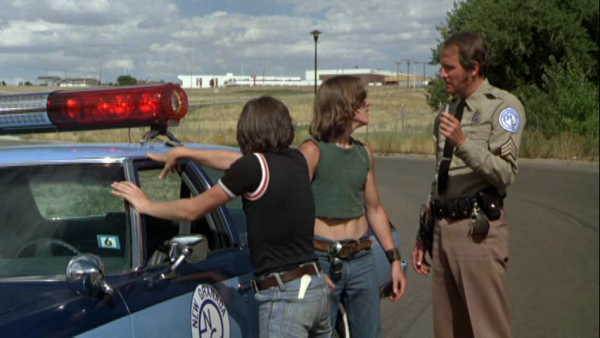 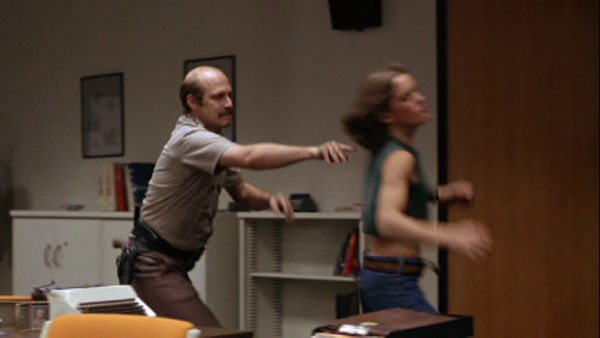 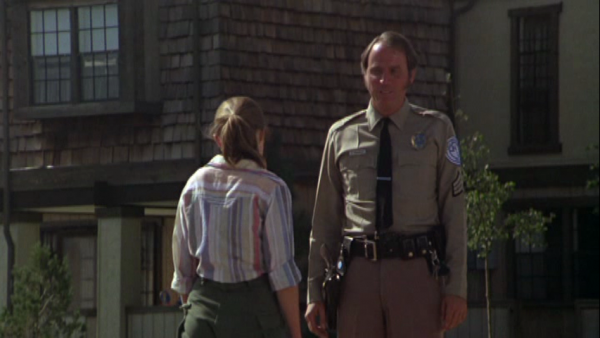 Sgt Doberman (Harry Northup) arrives at the Recreation Center and begins to question Julia(Julia Pomeroy), his Lawman MK III is seen in its holster 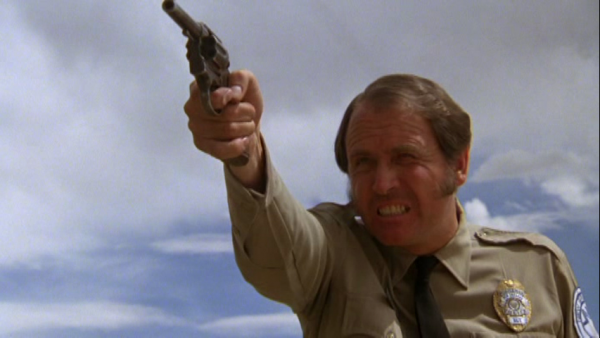 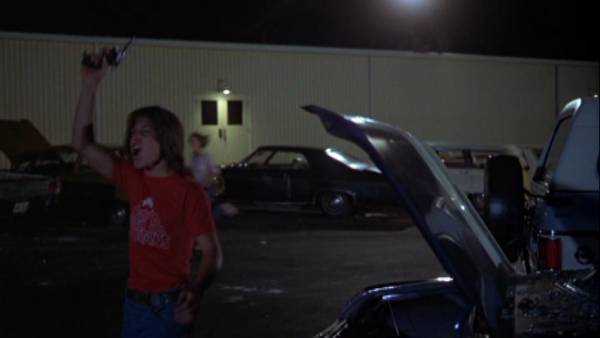 During the school riot scene, when the kids all descend upon the school during the town meeting, one of the kids manages to pry the trunk on a squad car and retrieve a Lawman MK III 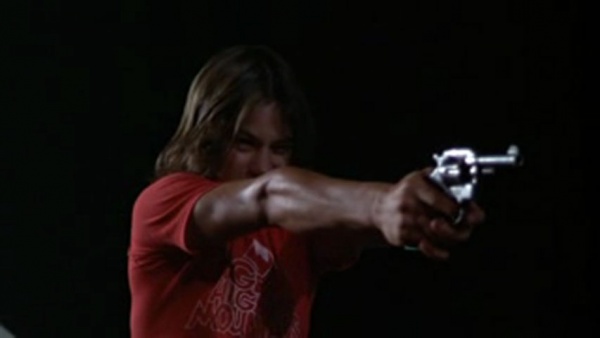 The same kid from earlier, now takes aim with the Lawman MK III.

After Mark (Vincent Spano) shoots his air rifle at a random police officers windshield, the officer spins his car sideways and gets out with his revolver drawn, it could more than likely be a Colt Lawman MK III, but at this distance it is hard to identify 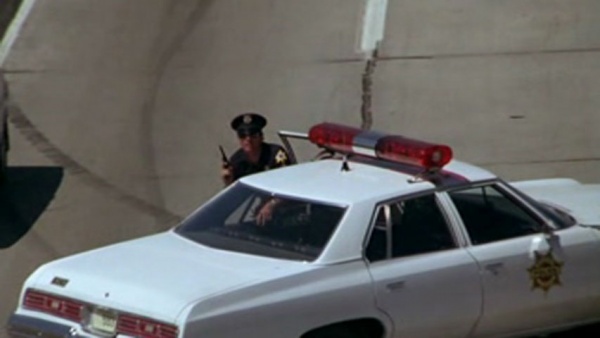 The officer stands at the ready with his revolver in hand. 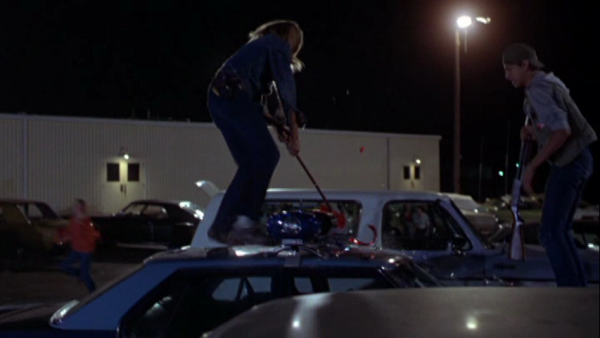 During the riot, Mark(right) (Vincent Spano) pulls the shotgun from the cab of the patrol car, afer smashing the windshield out 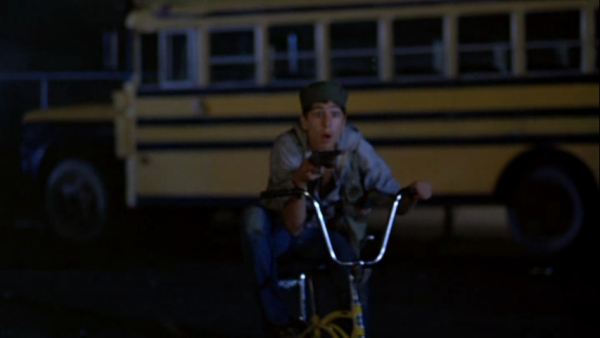 Marks (Vincent Spano) rides around on his bike, toting the shotgun in one hand 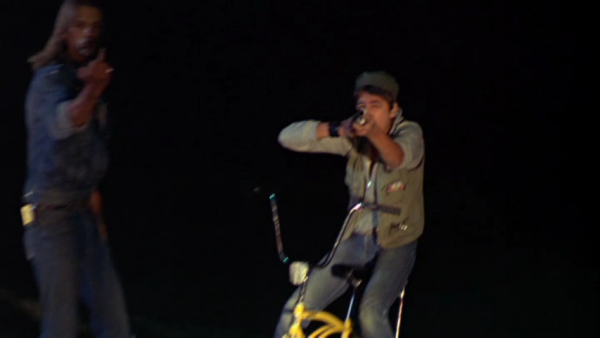 While driving towards the Recreation Center, Sgt Doberman (Harry Northup) comes into view of Mark (Vincent Spano) on his bike pointing the shotgun directly at him 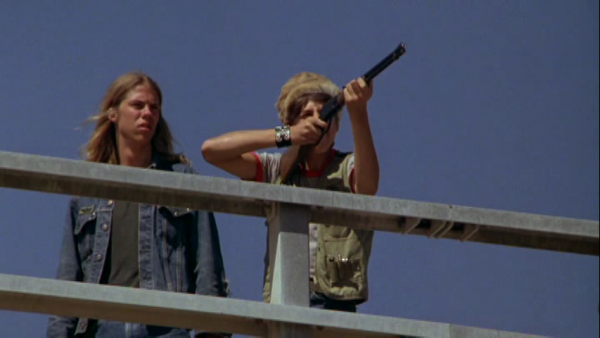 Mark(Vincent Spano) aiming at cars, on the overpass with his air rifle 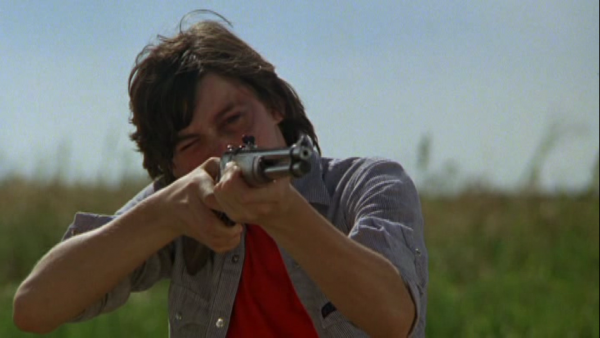 Carl (Michael Eric Kramer), prepares to shoot Mark(Vincent Spano)off his motorcycle with his own Air Rifle 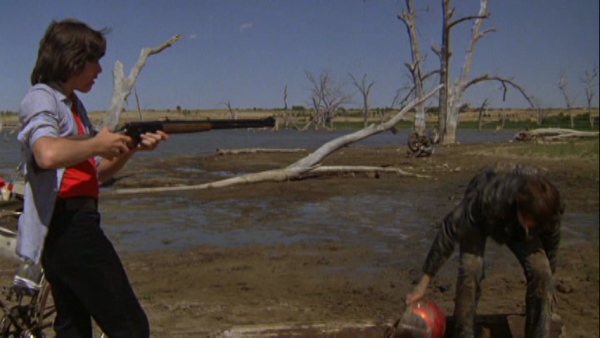 Carl (Michael Eric Kramer) holds the rifle on Mark (Vincent Spano) after he approaches from the motorcycle wreck
Retrieved from "https://www.imfdb.org/index.php?title=Over_the_Edge&oldid=1015078"
Categories: